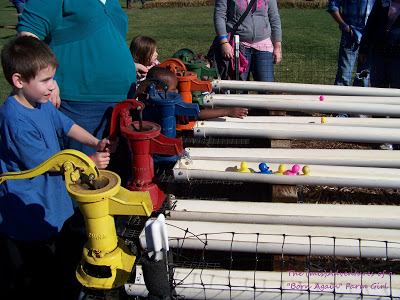 Recently I took my son (because he would not stop bugging me and I found a deal on admission) to a “pumpkin patch.” Yes, they had pumpkins, he didn’t care. Yes, they had wagons rides, but he could care less. Yes, they had animals, so what. He was there for one thing and one thing only, Pumpkin Lane. A play land built out of items found around the farm. Hay bales were transformed into obstacle courses, wooded slat fences into a mazes, giant pipes into slides. It was kid Nirvana.

There were SOOOOOO many kids. Many of them rude beyond their years. Tantrums to the left of us, melt downs to the right. Begging all around us. It was by far the longest three hours anyone should have had to endure. But my son was in seventh heaven as his little butt bounced down the ripples in the pipe.

When I asked if he had a fun, he said “yeah, and so did you!” Oh if only he knew the suffering I go through for his happiness! I will admit, they did do great things with items found around the farm. 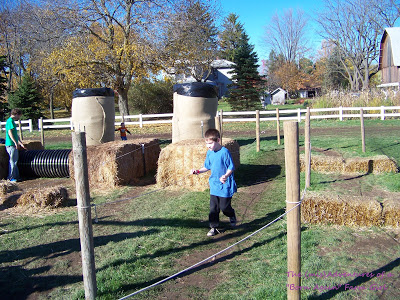 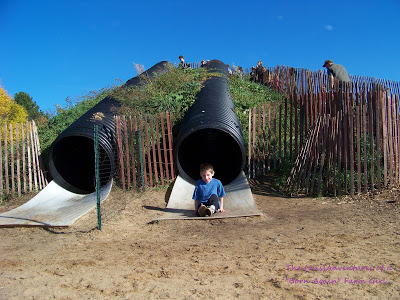 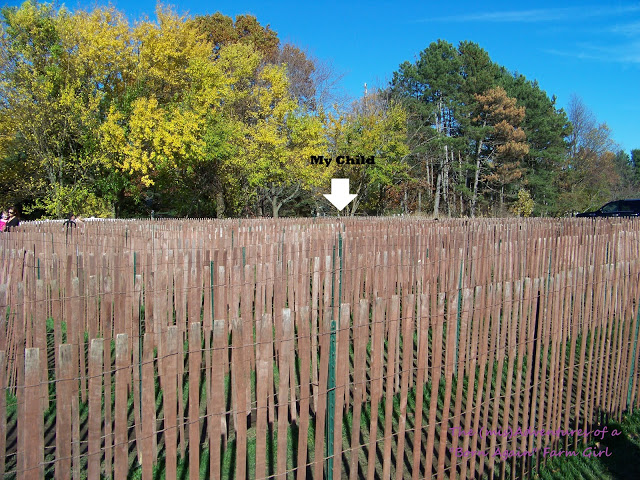