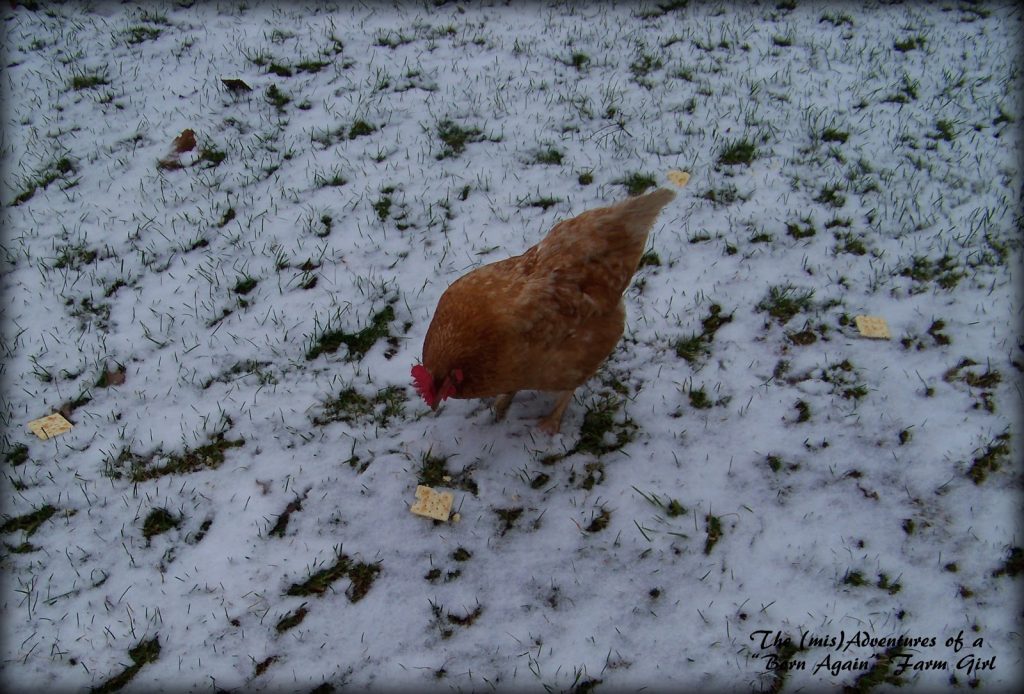 So it finally snowed!!! Four days till Christmas in Michigan and it finally snowed. I know I am weird because I keep saying Finally, but really I was starting to wonder. As is my morning routine, I stepped out back in the blowing wind and falling snow for my game of “Chicken Frisbee” with the girls. They are usually waiting for me and very eager. But today I stood there alone.
I decided to call for them. They tend to come running when I call and yet no one came. Oh heck no! If I can show up in the wind, cold and snow for our game they could at least pop out when I called. So I trudged back to the coop, stood by the door and called again. This time Goldie popped her head out the door and looked at me like I had lost my mind. 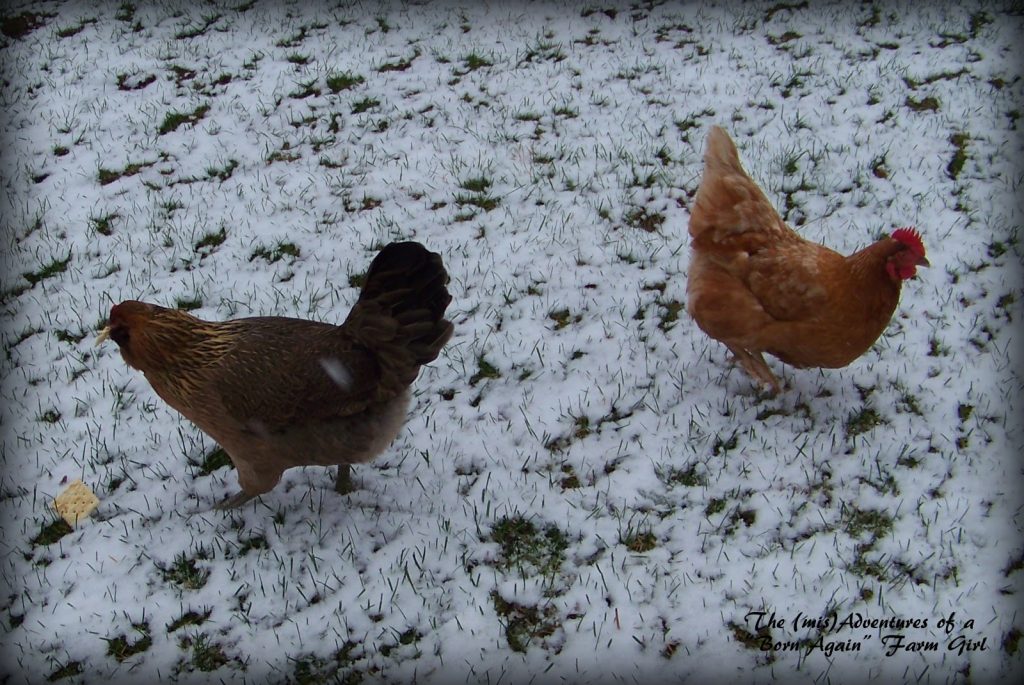 I then realized as much as we all enjoyed our morning “get together,” they were the smarter of the three of us. I showed Goldie the crackers I had brought and she finally agreed to come the 10 or so feet to me. Ester however was having no part in any of this weird white stuff! This was her first real snowfall. As Goldie began to eat her crackers in the snow, dancing from foot to foot, Ester made a mad dash, grabbed a cracker and sped right back to the coop! Goldie finished her crackers, brushed her beak with a claw to remove the snow and went back to the coop. 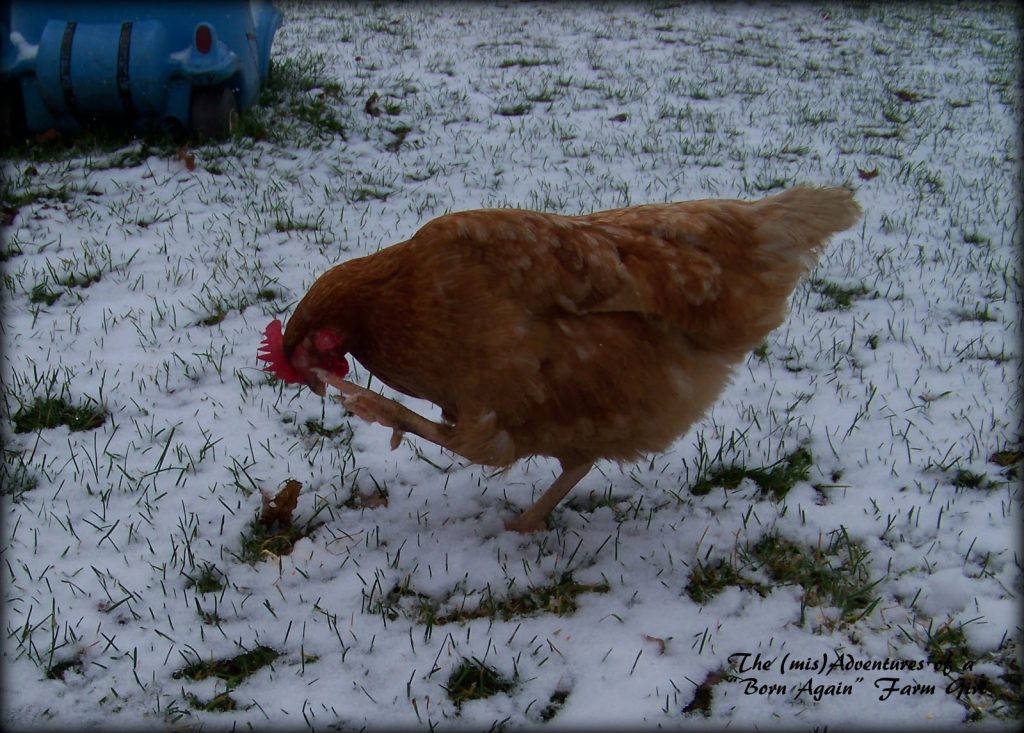 I think I just found out our morning routine has changed! The mailman may come through wind, sleet and snow, but my girls will only hang with me in the snow if I come to them……..

4 thoughts on “The chickens stood me up!”