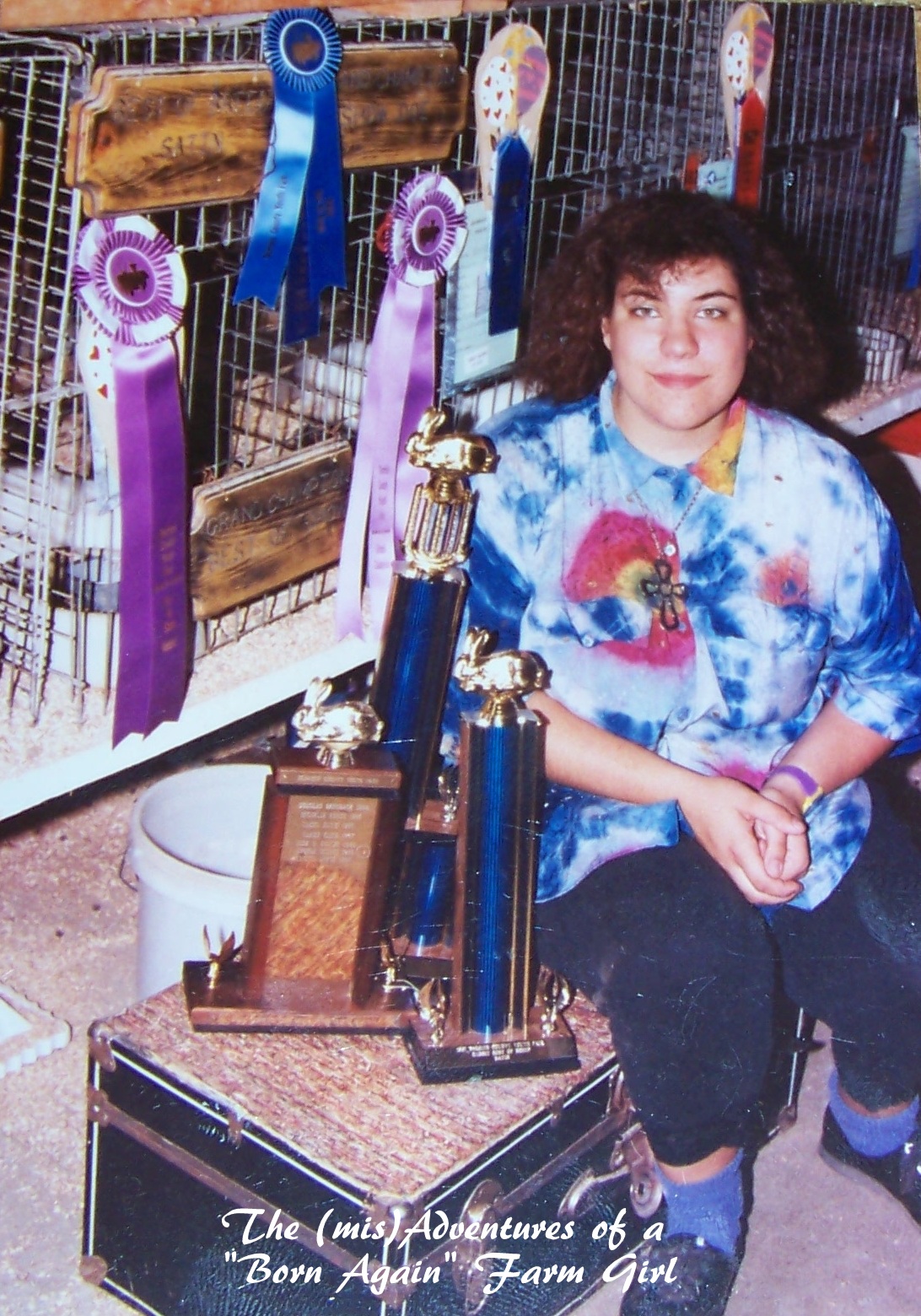 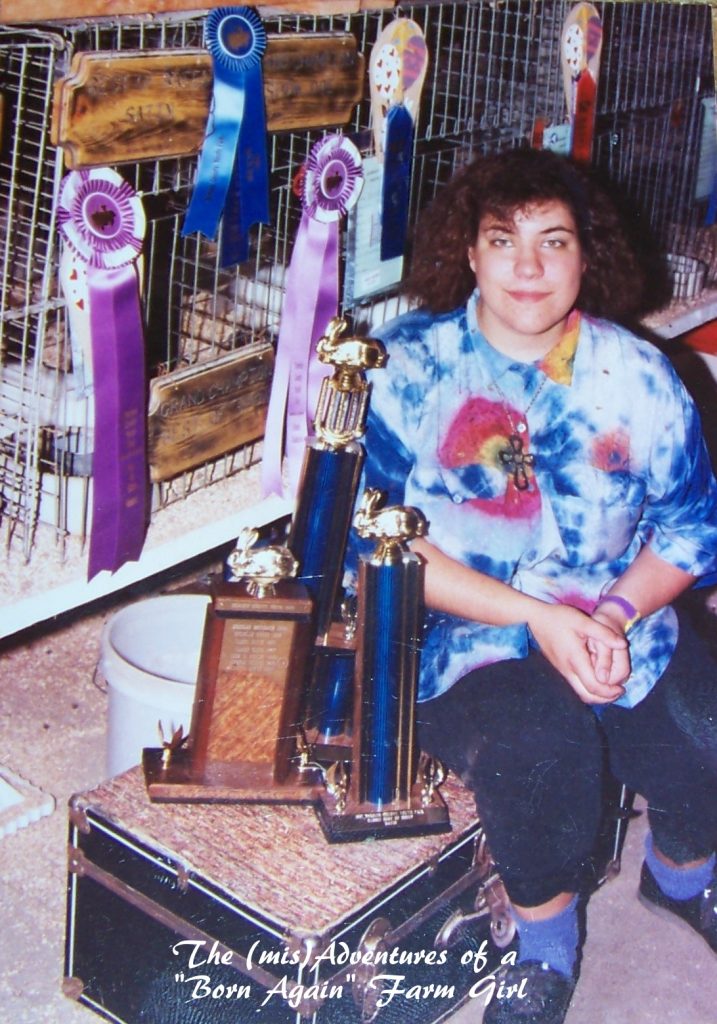 Growing up, I was a fair kid. Each year as summer crept toward the start of school, it was time to pack up all my projects and enter them in the county fair. I have mixed emotions about my time as a fair kid. I loved showing what I had done and seeing friends that I only got to see at fair time. But I did not like the ultra competitive nature some people had when it came to showing animals at the fair. To me, fair time should have been fun time, not crush the other kids time!

So when my oldest son, who is now 7, started in clover buds (baby 4-H) two years ago, it was with crafts only. He really is a crafty kid and really enjoyed showing off his projects. The nice part of clover buds is it is not competitive, they get participation ribbons for their projects. This is a time for them to explore trying new things, learning how to do better on their projects, and learn how to talk to the judge. 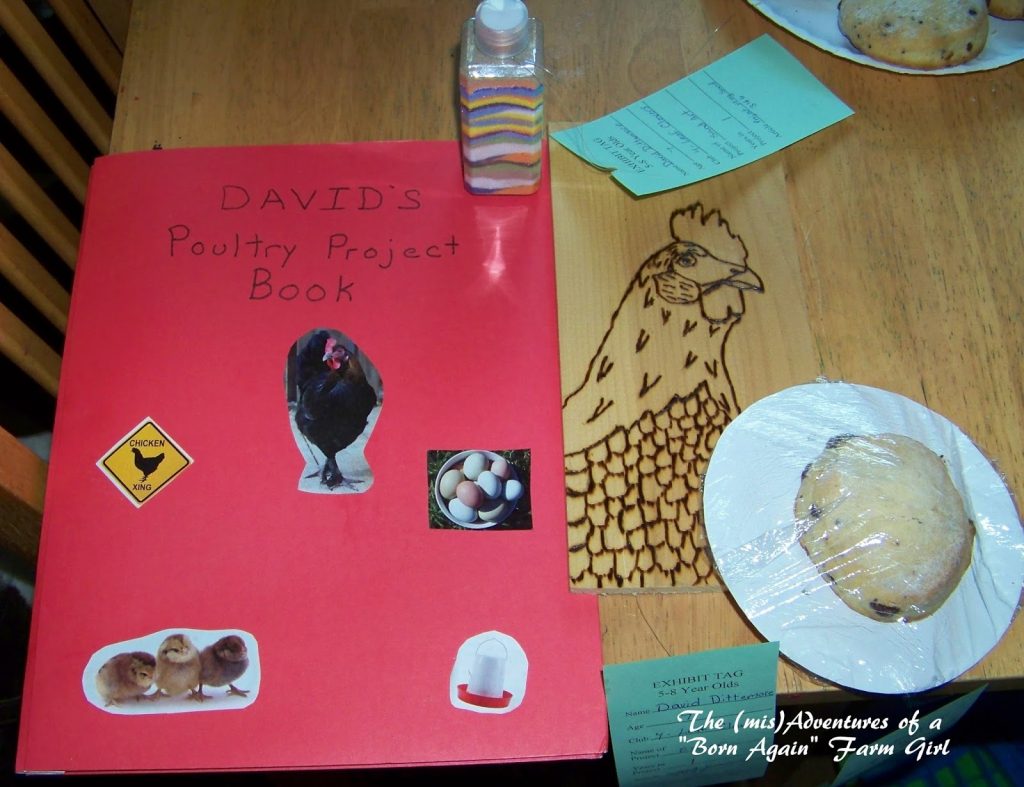 This year when we went to the fair grounds to enter his craft and baking projects it was very apparent that that excitement of the fair had totally taken him over. He delighted in watching the antique tractors arrive. He shook with excitement at the idea of the rides that would soon be running. He begged for a corn dog, though the vendors were not yet open. It was as fair time should be, exciting!

This year he also entered an animal in the fair. *gasp* Yes, I let him enter into the world of animals. He is a clover bud, so that ultra competitive crap is not part of it yet, though I am sure that day will come. My son picked his favorite chicken to enter in the fair, Ester (the bester as he calls her.) Now sadly Ester started molting just before fair. She looks a little rough to say the least. Now having been a fair kid, I knew Ester was a mess…. My father told me I couldn’t let my son take Ester, she would never win…. But it wasn’t about winning, he is a clover bud, it doesn’t mater. They each get a participation ribbon for showing up and answering the judges questions. But yeah know what? Even if he was full fledge 4-H, I still would have let him take his molting chicken, because it was what HE wanted to do. He loved her and was proud of her and that is all that matters to me…. Not winning….. But being proud of yourself. 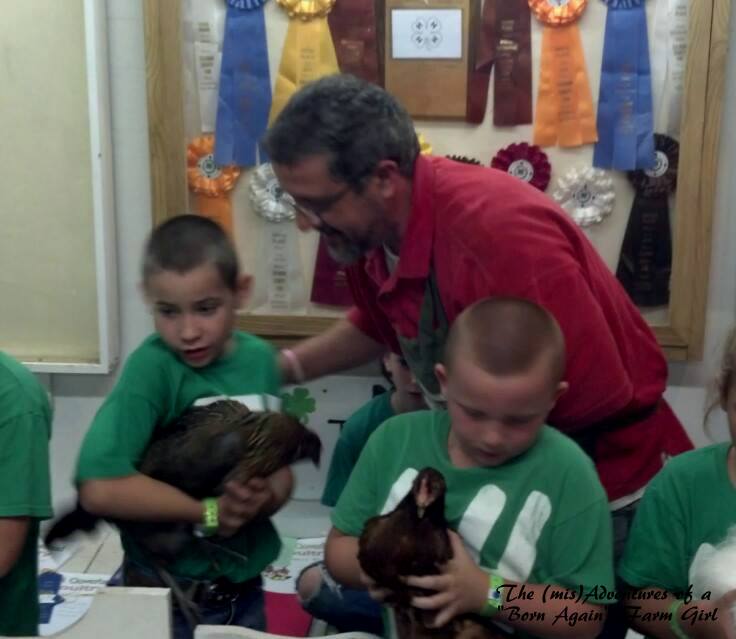 On Sunday morning bright and early, Ester went to the fair, missing feathers and all. My son stood proudly at the table and talked to the judge. He received his ribbon and smiled from ear to ear. And my father watched from the sidelines…. No longer the father that pushed his daughter to win, but a proud grandpa who I think finally gets it is not all about winning. My son showed a dozen eggs too. All the other children had brown eggs and one kid even commented that my son’s blue eggs were weird. But to my son, it didn’t matter…. They were not weird, they were special because his Ester had laid them. Not to mention the judge did comment that his eggs were the most symmetrical! Take that you snotty brow egg showing brat!! 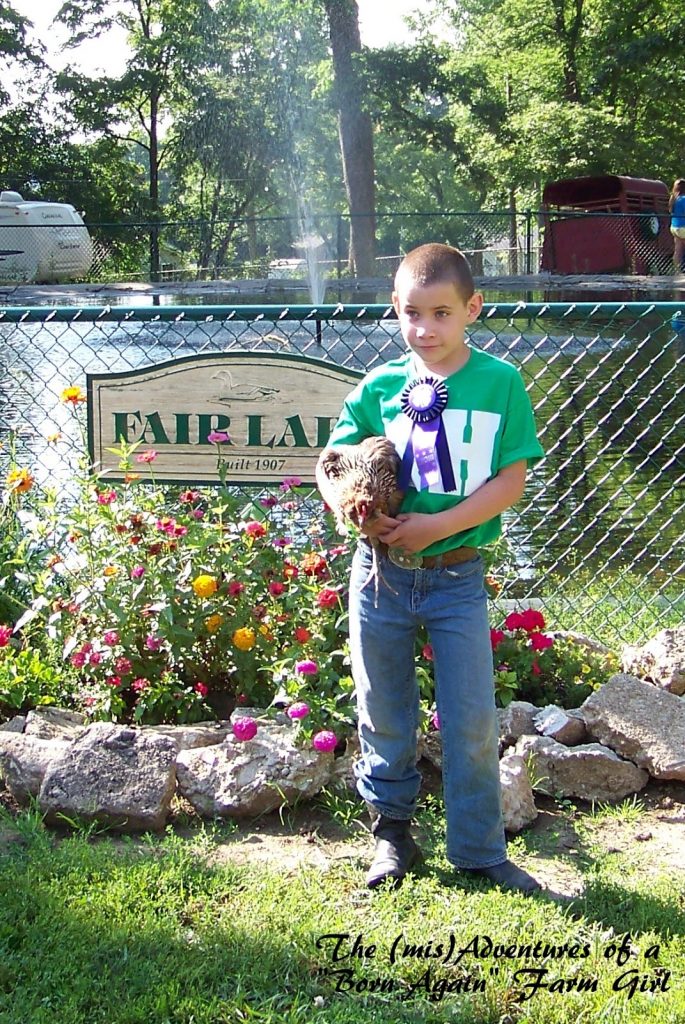 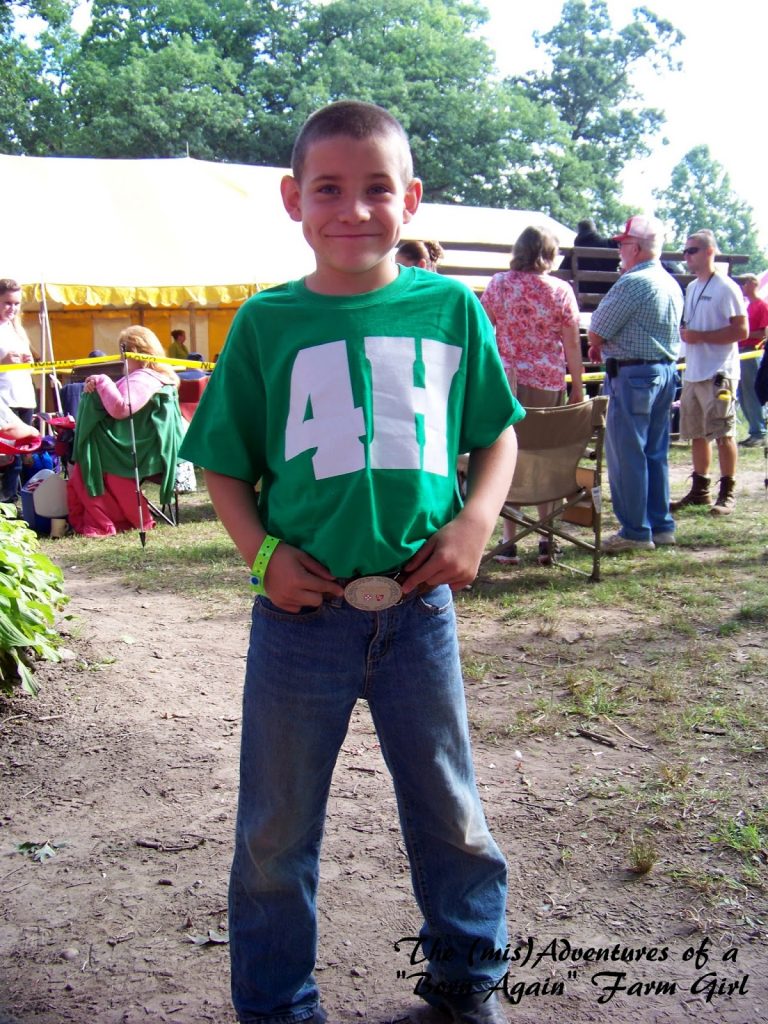 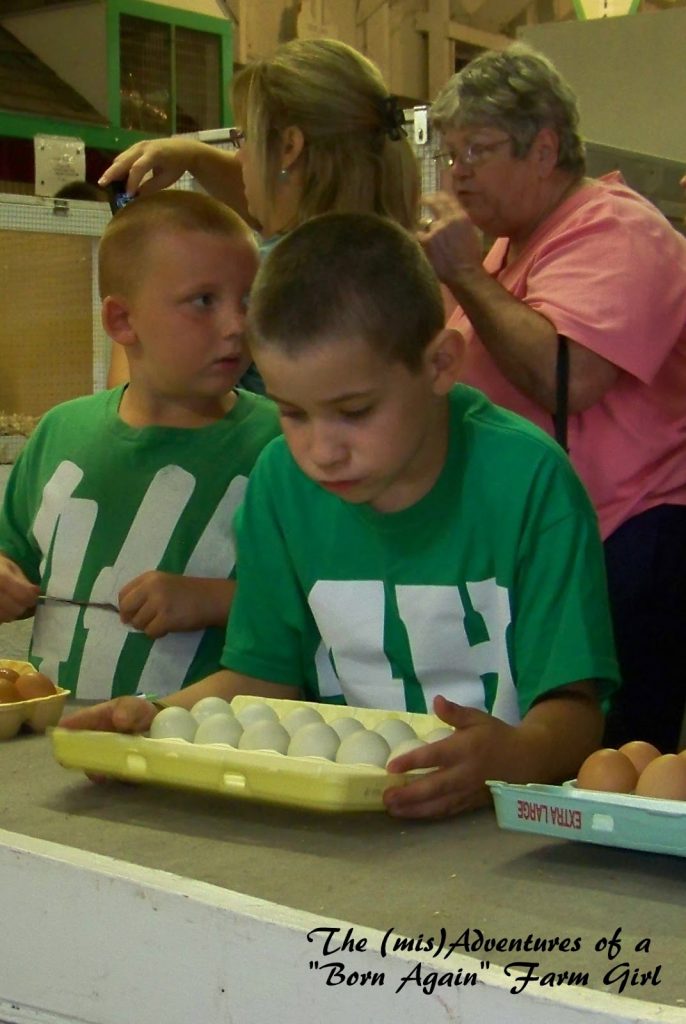 My son is different, he has Asperser Syndrome. His eggs are different because they were blue. But different does NOT mean less, in fact, different can be beautiful. And while the long wait to show was hard on my son, he managed to hold it together till AFTER the show. All bets were off after that!  And while he didn’t have the “best” bird or the typical brown eggs, he was a winner that day in every sense of it to me. He was confident, he was proud, and he did his best, all while having fun, and that folks is what fair time should be about.


And if the day comes, when a trophy matters to him, well then, game on….. I will get him the best bird I can. But until then (and hopefully that day doesn’t come) it is corn dogs, elephant ears, and rides, because it is fair time!!!

14 thoughts on “Time for the County Fair”