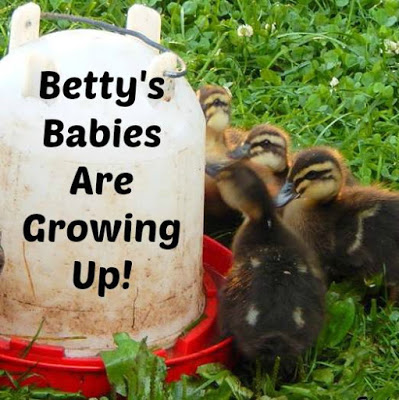 I have watched baby ducks grow up before…. when we got our original two ducks a few years ago. Ducks grow FAST. But as with every new birth, you forget just how fast they grow. One day they are breaking out of their egg and the next they are taking on the world, or at least turning it upside down a little!

Betty and Bill’s brood of duckling are no different. After just a couple days in the nest, Bill led them outside to the big world beyond the shed. Oh sure, in the beginning they were well mannered little ducklings, cuddling up to mom and dad, never straying to far. But then….. then they started getting brave and their little personalities began to develop.

You know when you go for a family portrait and there is always that one kid who has to be weird in the photo!?!?! Yeah, we have one of those. See him in the photo below, the one off to the side trying to do who knows what to the pool. He couldn’t just sit nicely for a family photo! And there is one duckling that just loves to sneak up behind Bill and peck daddy in the butt and run. The once timid duckling are getting a little brave and starting to drive Bill and Betty nuts! 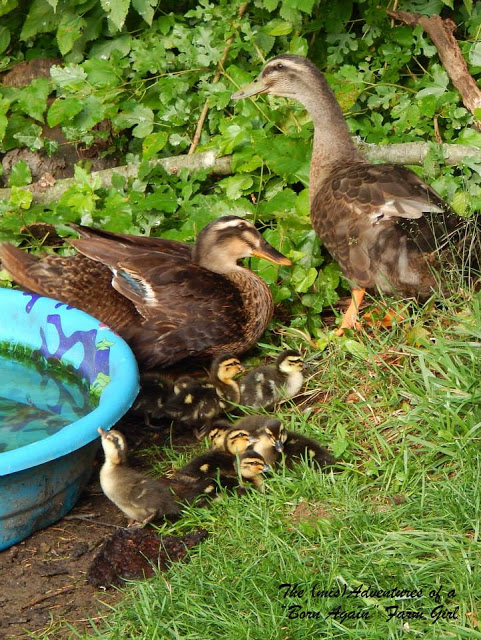 And what started off as mild curiosity over this “big thing full of water,” has become an obsession!! They are after all ducks! 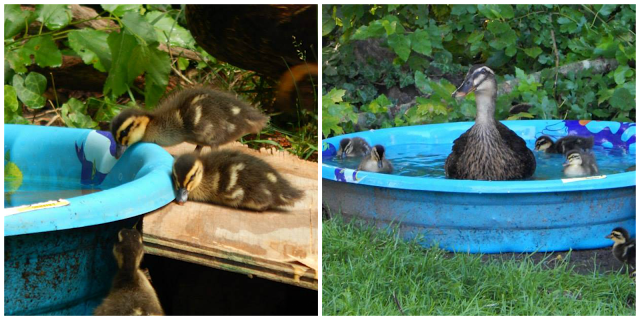 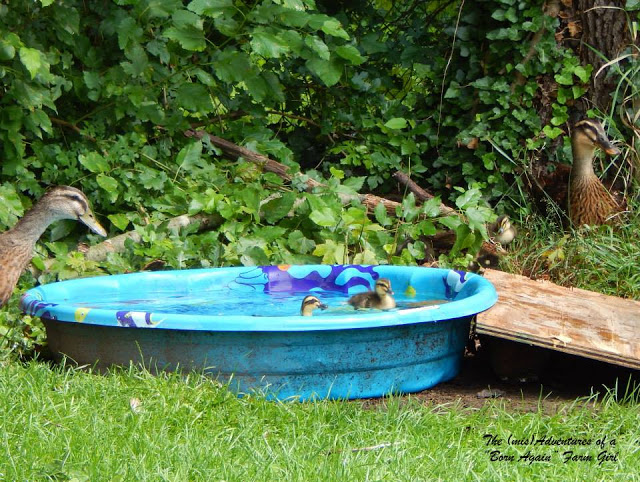 Our original duck pool was just barely big enough for two grown ducks, let alone NINE rambunctious ducklings!! Bill and Betty began spending most of their time just watching as the little ones floated along. We have one duckling who just loves to zip under water like a torpedo, knocking its brothers and sisters out over the edge of the pool!

After witnessing so many ducks and ducklings trying to occupy the same space, we quickly came to the conclusion we needed a bigger pool! 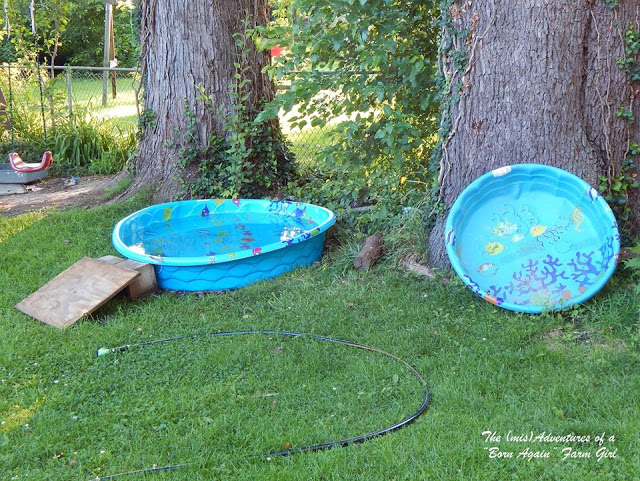 And while the baby ducks are growing up and becoming more independent…. like sneaking through the fence into the neighbor’s yard, much to Betty’s dismay…. Betty is always on hand to protect her little ones from strangers!! Now she doesn’t have a problem with me touching her ducklings, I am after all the one who raised her from a few days old, but my hubby doesn’t spend much time with her and well, she had strong feelings about him putting his hands on her babies!!! Just watch….

So for now, I am the one who has to go get the ducklings if anyone wants to hold them, since I am the only one she doesn’t come after! But I don’t think the country kids mind too much, as they still get their quality ducky time in! 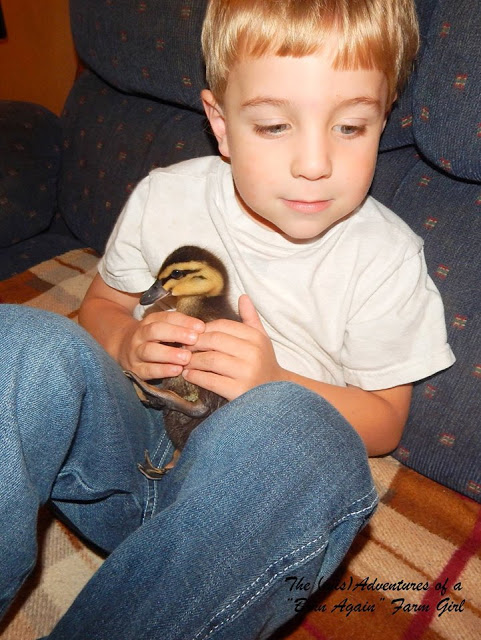 I look forward to watching them continue to grow. And I am sure Betty can not wait till they grow big enough that they can’t get through the fence any more! I have a feeling, we are going to need more duck pools or to start finding new homes for these little guys, who will not be little for long! So, does anyone want a duck?

12 thoughts on “Betty’s Babies Are Growing Up!”