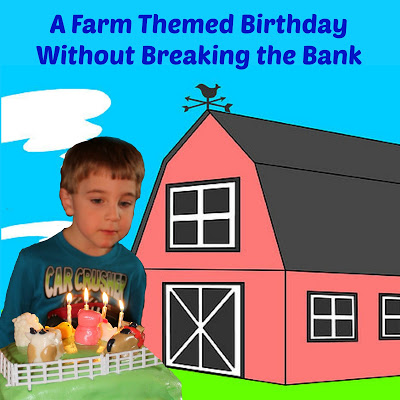 Recently the littlest country kid turned four. My mind is blown by this as I feel like I just brought him home from the hospital! But here he is, turning four and he wanted a farm themed birthday. Really? Like he doesn’t get enough of critters every day around here? Okay, whatever, farm theme it is.

But how to pull off a farm theme party without braking the bank, or bringing a duck inside to the party? I went for simple, but sweet, well except for the cake. For the cake he wanted edible farm animals, so I had to come up with a fondant recipe and test out my sculpting skills, which was something new for me. As for the rest of the party, I just wanted to keep all the little ones entertained and not over sugared. Trust me, the cake was full of frosting and fondant, more than enough sugar to keep them going!

I started out by enlisting my hubby and the grandparents to blow up a bag of balloons I picked up for a dollar. I knew the littlest country kid loved to play with balloons, so I figured his friends would too. You know what? That dollar bag of balloons kept them busy playing for almost an hour! The power of static electricity, sticking balloons on the walls and each other lead to tons of giggles and entertainment. 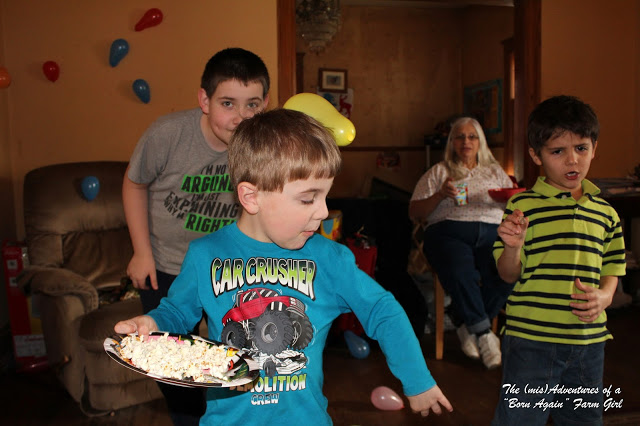 For snacks while they played, hubby whipped up some of his kettle corn and we provided sunflower seeds. Corn and sunflowers are farm crops and good for ya! And do you know what? The kids loved them and didn’t even complain or ask for more sugary choices. So for a few dollars we kept those little tummies full till cake time. 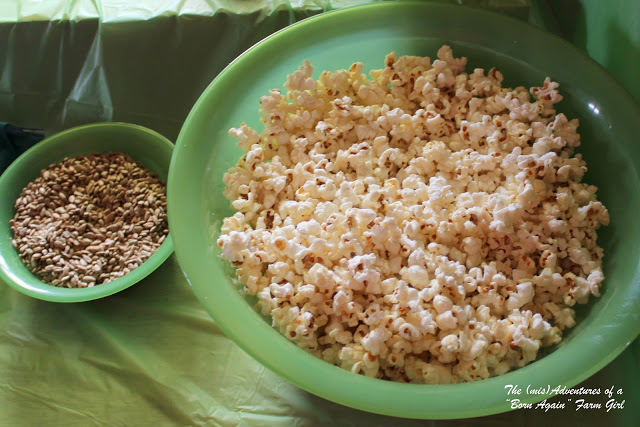 With a bunch of little boys running amuck in my house, I certainly didn’t want spilled drinks everywhere, so I picked up some super cute lidded cups from Oriental Trading Company. Not only did each kid get a cup to keep, but we had cow themed slappy bands and farm critter paddle balls. This is where I spent the bulk of my party budget, but after the fun of the balloons wore off, these items kept them entertain and my house safe from spills, so I felt it was money well spent as it also built on the farm theme. 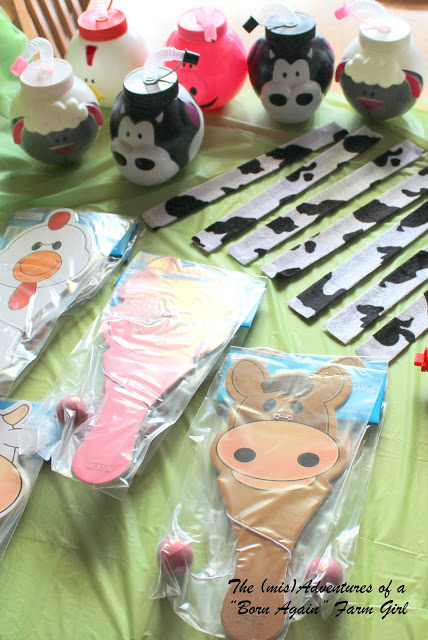 Oddly enough, my animal loving child (who wanted edible animals on his cake, because he knows where his food comes from LOL) also wanted a piñata. I found it odd that he wanted to beat an animal up for candy, or how he even knew about piñatas, but since it was his birthday I would make it happen. I picked up this totally cute cow piñata from Oriental Trading Company. Not only was this cow cute, it was anatomically correct with udders! 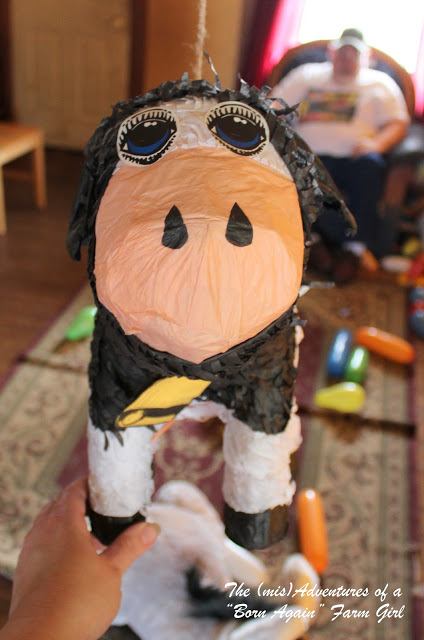 I filled the cow with Dum Dum suckers, because they are the littlest country kid’s favorite, along with some farm themed candy including root beer barrels and old fashion cow tail candy. If you have never had a cow tail, you are so missing out! Each child got a zip lock bag to take their candy HOME. Let them get sugared up on their own time! LOL 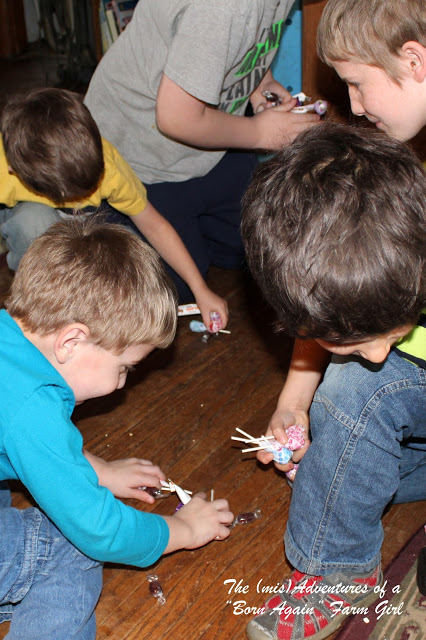 After beating the poor cow to death and retrieving the candy inners, the kids were ready for cake. While this was my first attempt at making and using fondant, I think it turned out pretty good. And by the look on the littlest country kid’s face, I think he was mesmerized by the animals. 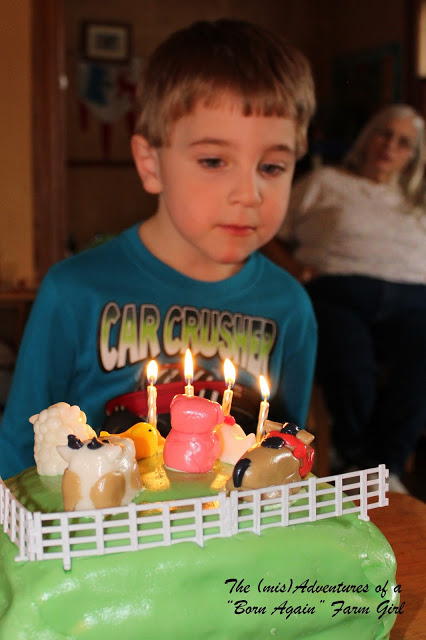 I didn’t rent a fancy hall, or take a boat load of kids to a amusement place, spending tons of money in the process. I had simple food, some neat treats, activities that they themselves decided what to do and you know what? They all still had a great time. For less than $50 (cake, food, decorations, party supplies, etc) my country kid had a farm themed birthday party with five of his friend, his parent, and grandparents that he STILL is talking about almost a month later. I would say that is pretty good bang for the buck!

12 thoughts on “A Farm Themed Birthday Without Breaking the Bank”