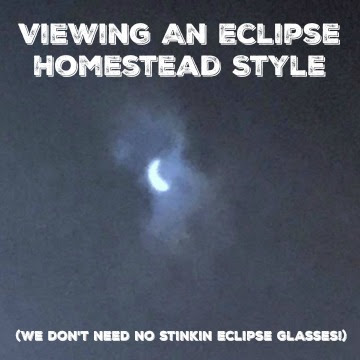 August 21, 2017 is a day most of our country stopped and looked up. For weeks there was hype about getting eclipse glasses to view this amazing event. Folks drove to the path of totality, spending large amounts of money on viewing equipment and accommodations. Since we had critters to tend to, we however stayed home. We would have over 80% coverage at the peak of the eclipse and that was good enough for our pocketbook!

Of course we couldn’t let this opportunity for scientific exploration go by, but we were not about to drop a pretty penny on eclipse glasses who actual safety could be in question. So what’s a mama to do? Go old school! It was good enough for me in 1979…… So I introduced my children to the simple but effective pin hole camera made from a cardboard box. 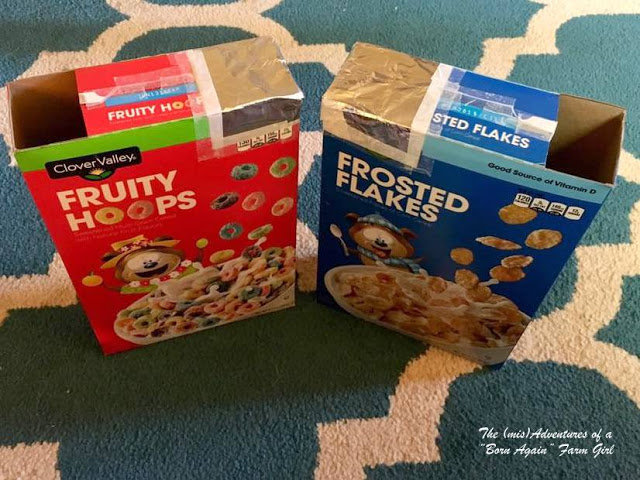 We raided the pantry and had two cereal boxes to work with. We grabbed a roll of tin foil from the drawer and we were on our way to constructing our cameras. These were so simple, even the littlest country kid could help. Click here for directions on making a cereal pin home camera. 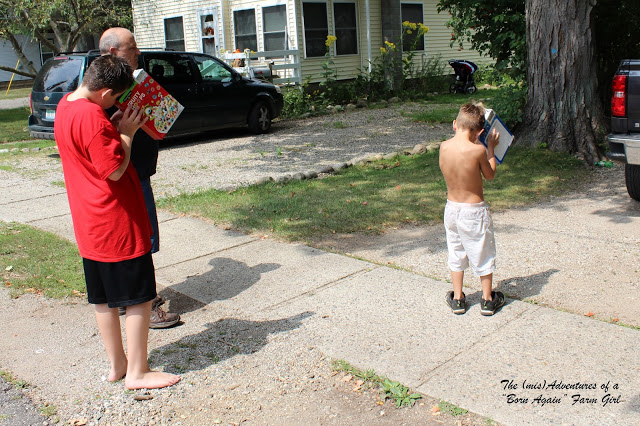 As the time for the eclipse to start began in our area, we took the kids out to the driveway with their boxes (that hubby and I also stole from them from time to time LOL) By beginning our viewing early, the kids were able to dial in how to use the boxes by moving them around till the sun appeared in the pin hole. This took some work for the littlest country kid who is five, but once he got his angle figured out, he didn’t need anymore help. 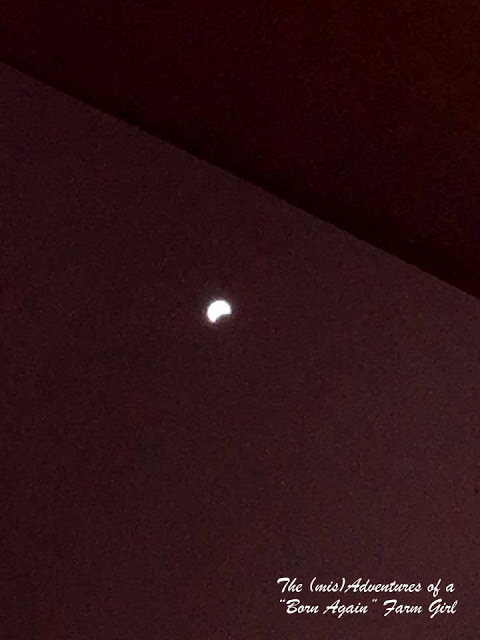 It thrilled the kids when they could actually start to see the moon move in front of the sun, taking a little bite out of their sun image in the box. It was rather difficult using my cell phone to take photos in the box, but we managed to get a few. 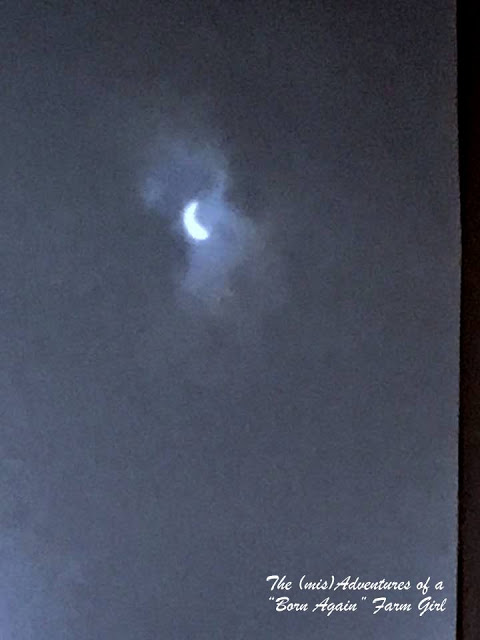 Being in Michigan, cloud cover usually messes up our chance to view celestial happenings, and the weather was calling for partial to fully cloudy. *Sigh* The sun, however kept popping through the clouds and we got some great images in our pin hole camera like this! It was amazing to see the clouds in the box as well. 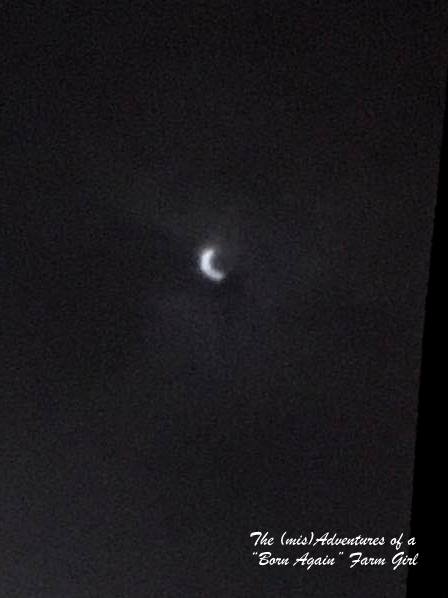 Over the next hour we were all able to watch the eclipse through our pin hole cameras. Well until two minutes before the scheduled height of the eclipse, when the clouds obscured the sun. Oh well, we almost saw it all! And the best part is we did it for nothing and learned a little science along the way!