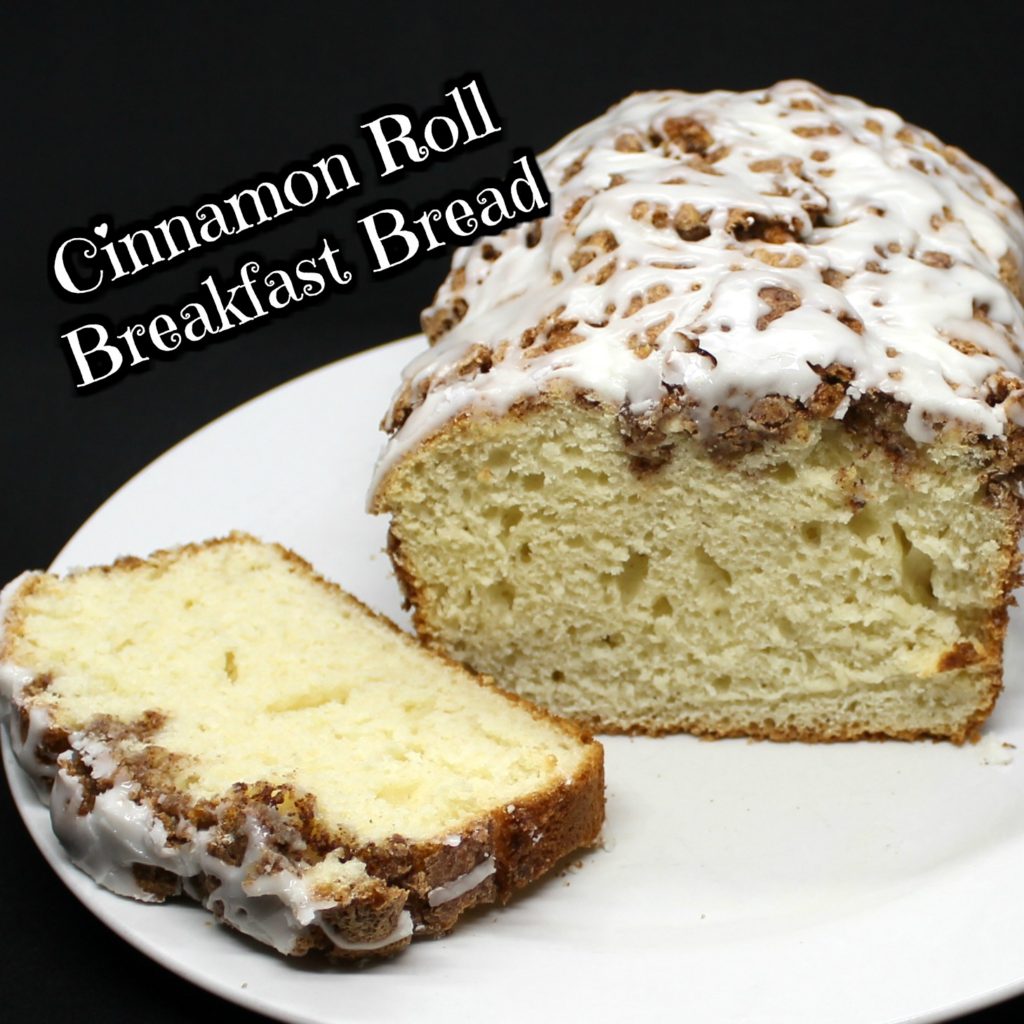 Who doesn’t love a good cinnamon roll every once in a while? I know I do! But making individual rolls can be time consuming. What if you could get all the cinnamon roll taste without all of the work? Introducing Cinnamon Roll Breakfast Bread!

Begin by mixing the “bread” ingredients in a bowl or a mixer. The “bread” is basically a cake and the batter will be that of a cake, not a stiff bread dough, so don’t freak out! When the batter is well mixed, pour it into a 9″x5″ GREASED loaf pan. 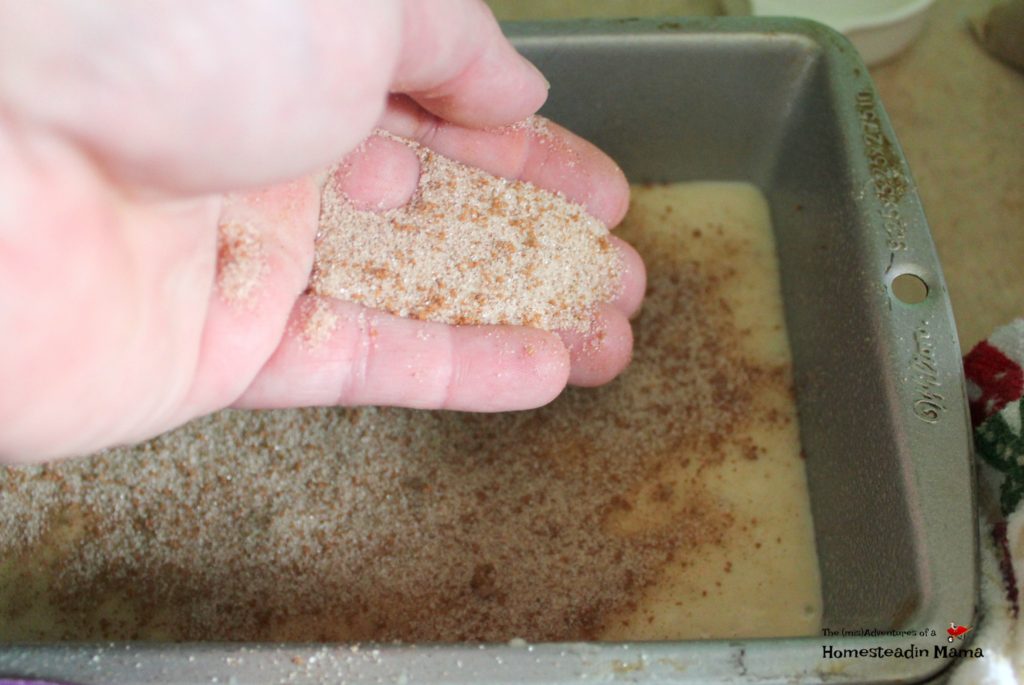 Next your going to add the cinnamon roll topping to your bread. After combining ingredients, sprinkle the topping across the top of the batter. 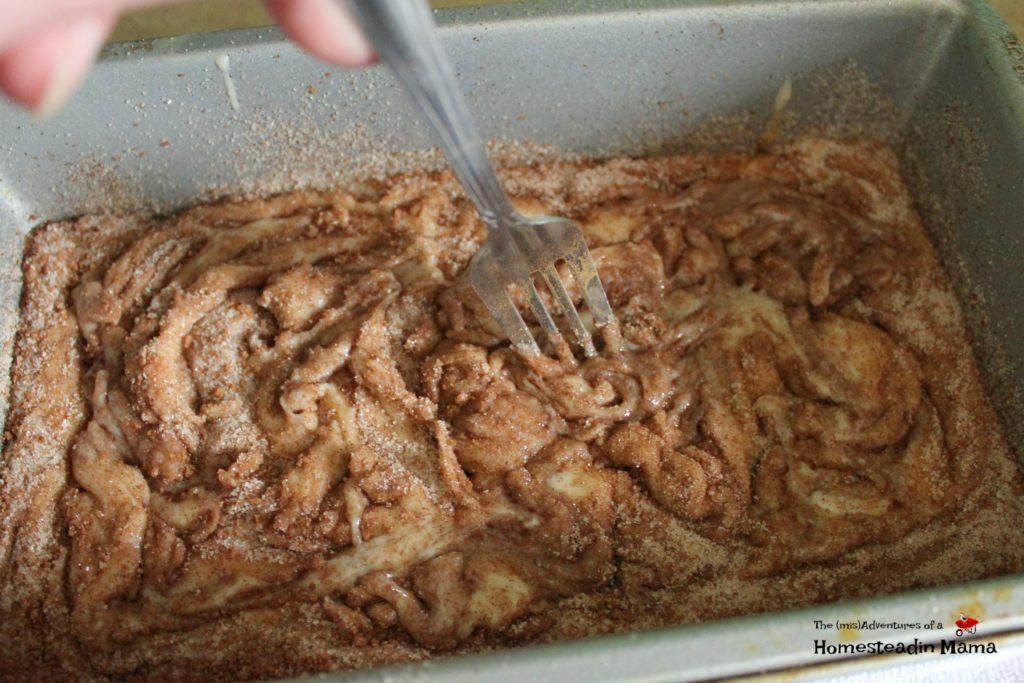 The trick to this cinnamon roll breakfast bread is to use a fork or butter knife and gently swirl the cinnamon sugar topping into the top layer of batter. This not only helps the flavors penetrate into the cake, but secures the topping to the bread so it doesn’t just flake off when you slice it. Now you are going to place the pan in a preheated 350 degree oven for 50-60 minutes. Use a toothpick to check if it is done. Let the bread cool for about 20 minutes before adding the icing. 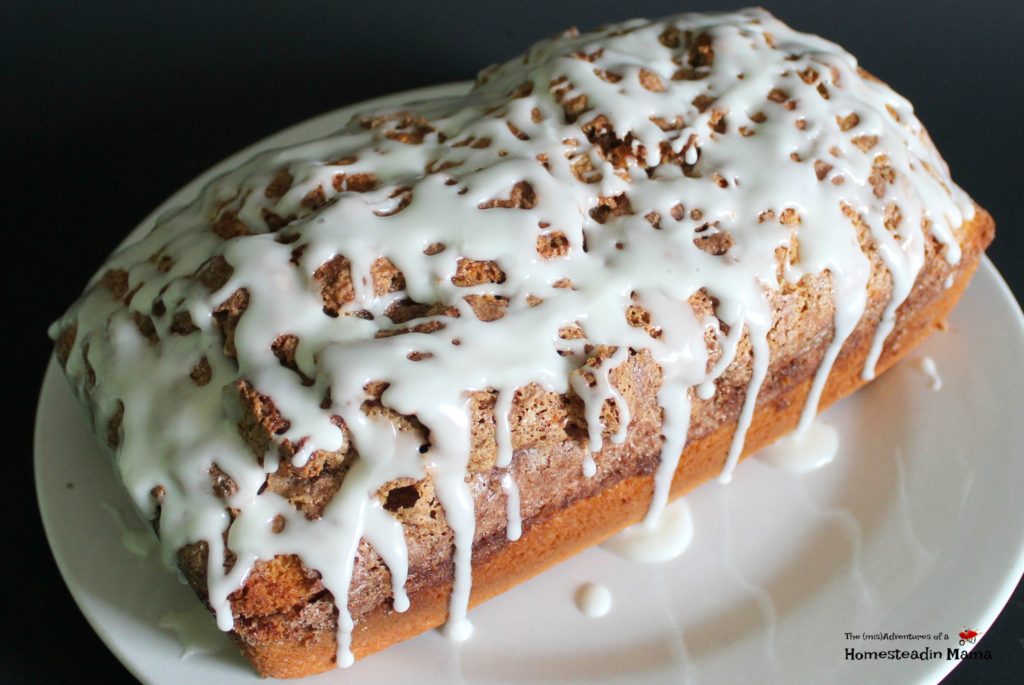 I use a fork to drizzle my icing across the Cinnamon Roll Breakfast Bread. I find a fork gives me better control and less globs of icing that tends to happen when the icing rolls off a spoon. Give the icing around 10 minutes to start setting up before eating.

A word to the wise, if you don’t plan on eating your Cinnamon Roll Breakfast Bread right away, you are going to need to hide it like a stealthy ninja. I knew my country kids would destroy this loaf before I could get photos of it for you all, so I had to hide it in the pantry before I went to pick them up for school. I may have also lit a candle to hide the amazing cinnamon smell in my house so they wouldn’t walk in the door and start demanding a piece. Don’t worry, I did let the boys each have a piece after dinner (it doubles as a desert!) and then they killed the loaf the next morning at breakfast. 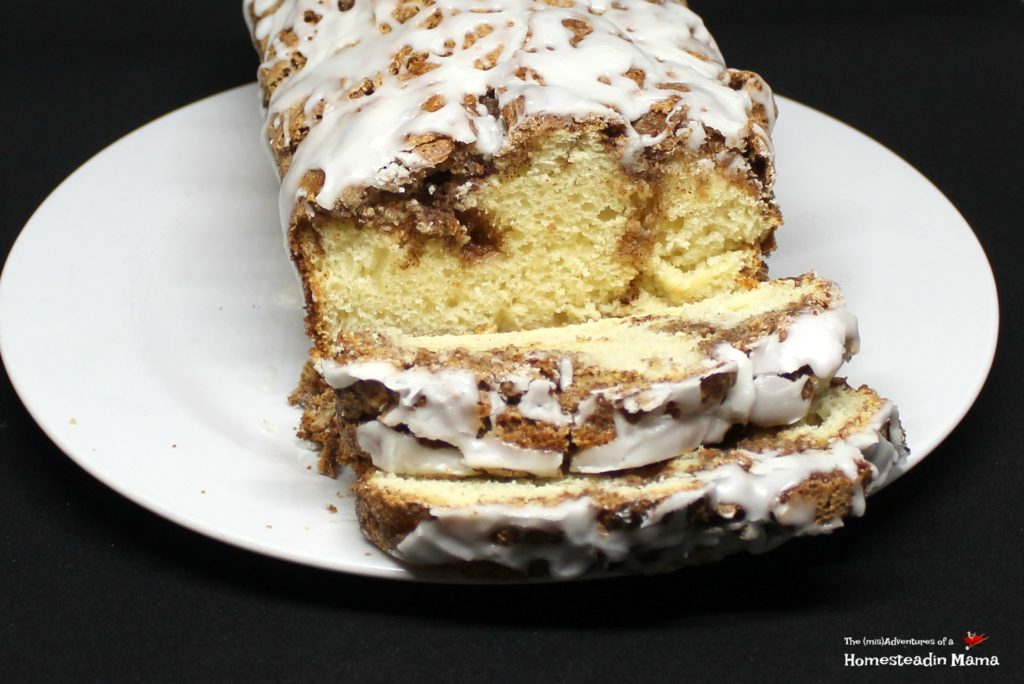 I can’t blame them for devouring the loaf of Cinnamon Roll Breakfast Bread, because I mean, come on, look at all that yummy goodness! It was hard for me not to start eating it before they even got home! I may or may not have picked off little pieces of yummy goodness….. I’ll never tell!

If you like cinnamon rolls, you are going to love this Cinnamon Roll Breakfast Bread. 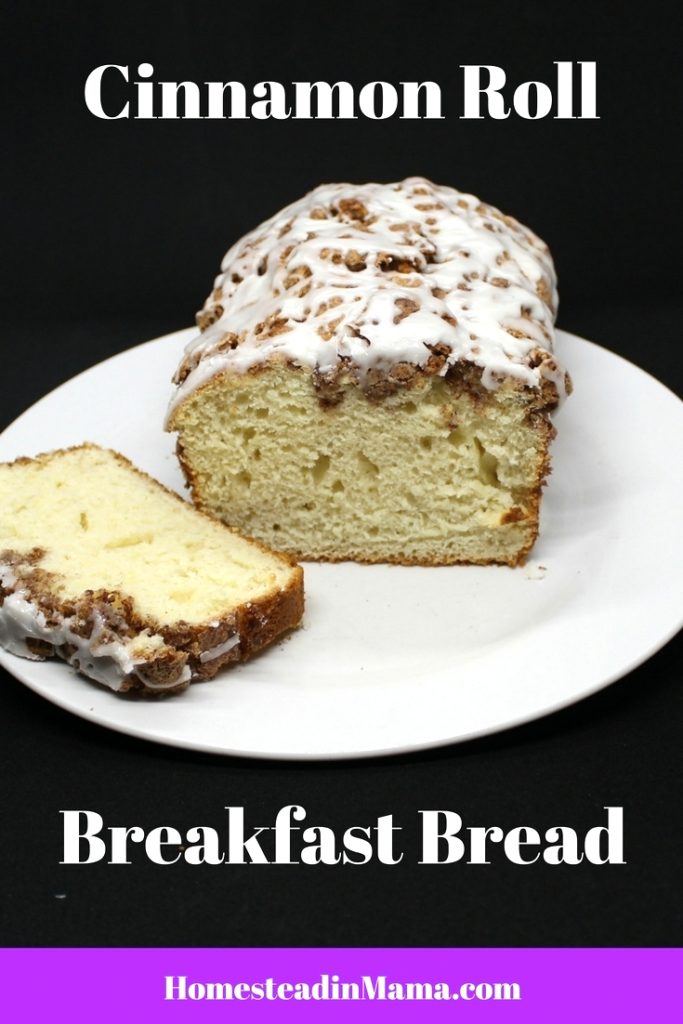