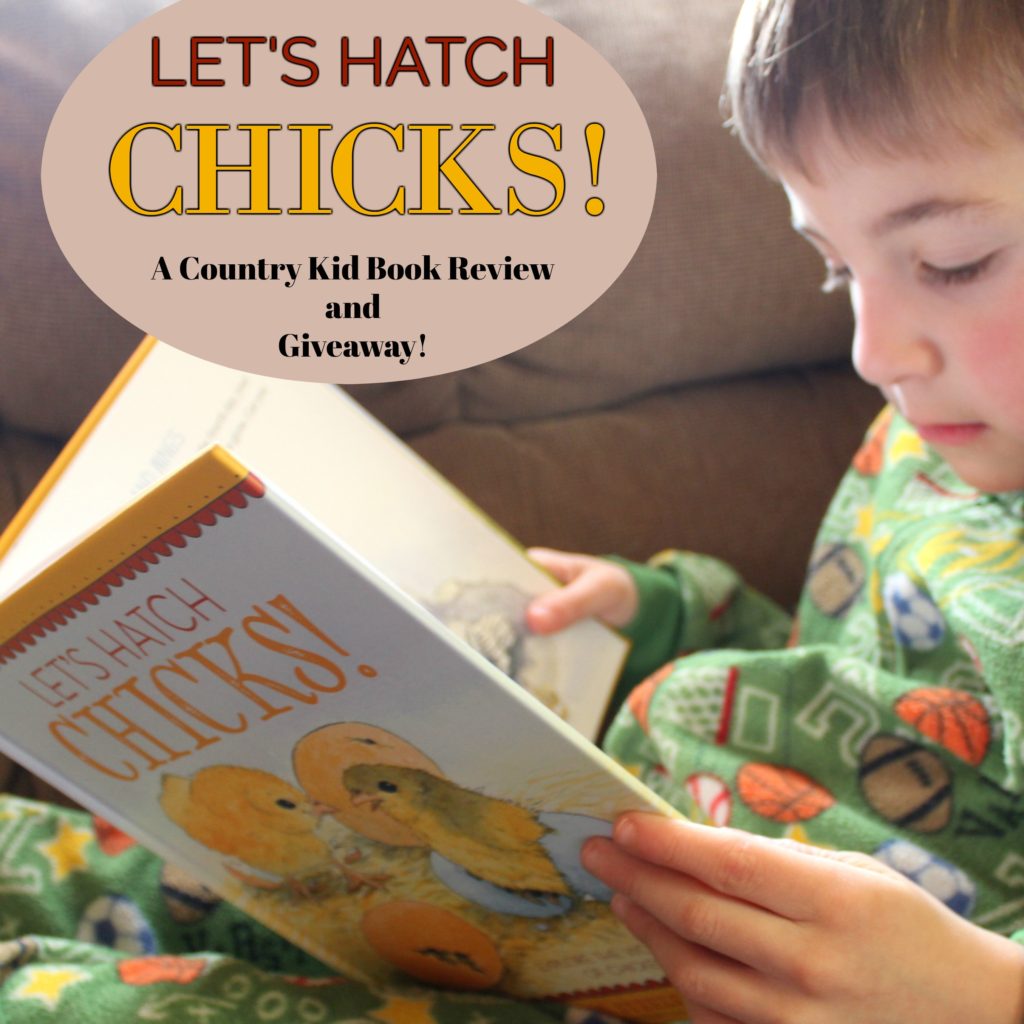 Let’s Hatch Chicks! is a delightful new book by author Lisa Steele. While a departure from her first three books, which are geared toward adult readers, Let’s Hatch Chicks! is a heart warming tale of Violet the hen and her quest for motherhood. This book is packed with wonderful facts and darling illustrations, making it appealing to both the youth it is intended for and the adult who will read it to them.

Sound wonderful, right? But what do kids think about Let’s Hatch Chicks!? That’s a good question and one that my country kids fully intent to answer for you! 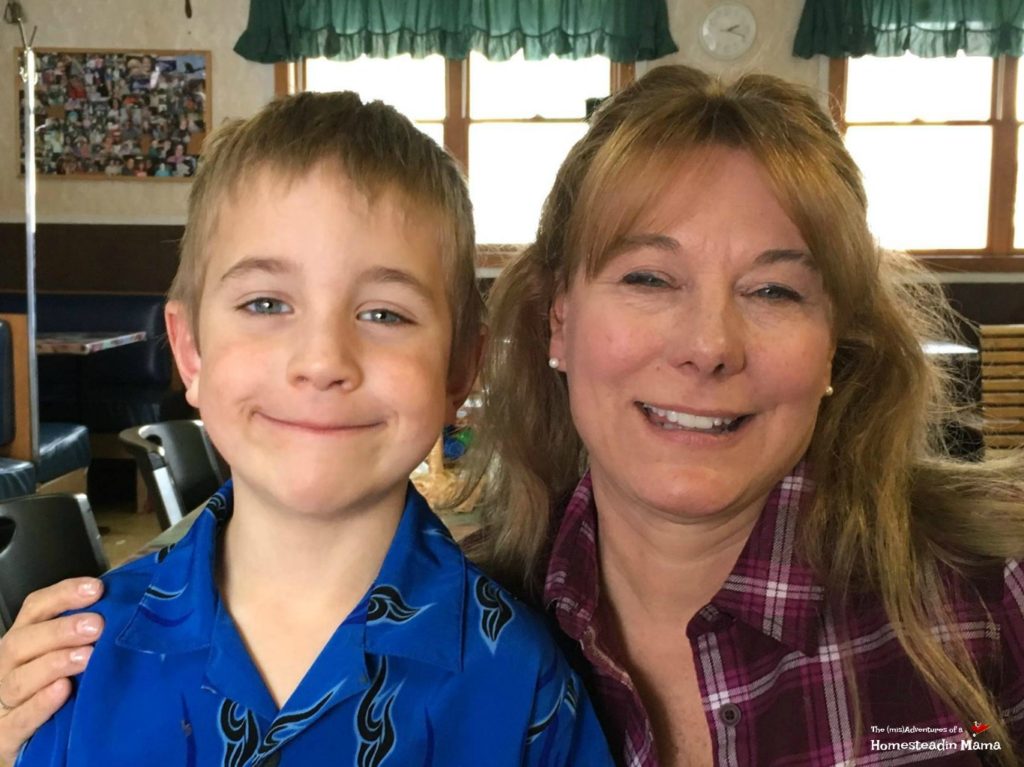 I have known Lisa for about five years now. Last year we actually had a chance to sit down for lunch. The littlest country kid was instantly smitten by “Miss Lisa.” When she told me she was writing a children’s book, of course the littlest country kid couldn’t wait to see what Miss Lisa had written. When our copy of the book arrived, he couldn’t unwrap it fast enough! 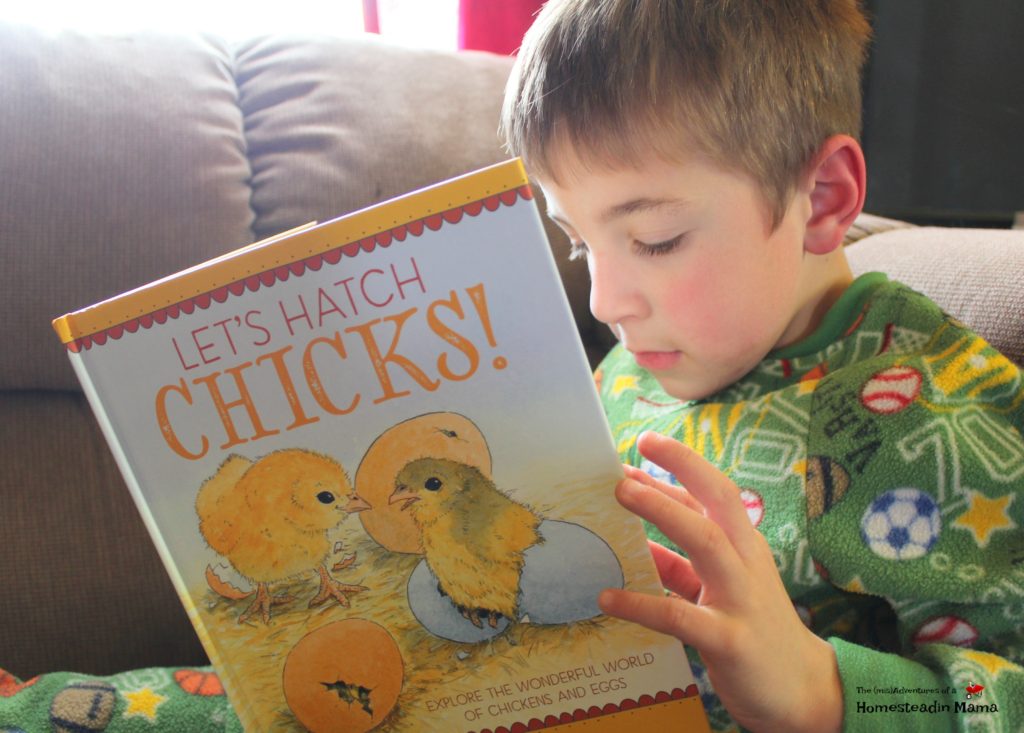 The littlest country kid is currently in kindergarten, and while he is beginning to read, this is not a book he could tackle on his own. Despite being unable to really read the book on his own, he very much enjoyed using the illustrations to infer what was going on in the story.

The glossary words, which appear in bold in the story’s text, are another element he picked up on. He attempted to sound out these words and whether he was successful or not, we spent time talking about the words and discussing their meanings. Not to brag, but he is a smart little guy and knew what the majority of the words meant. Of course he has spent his whole life around chickens! 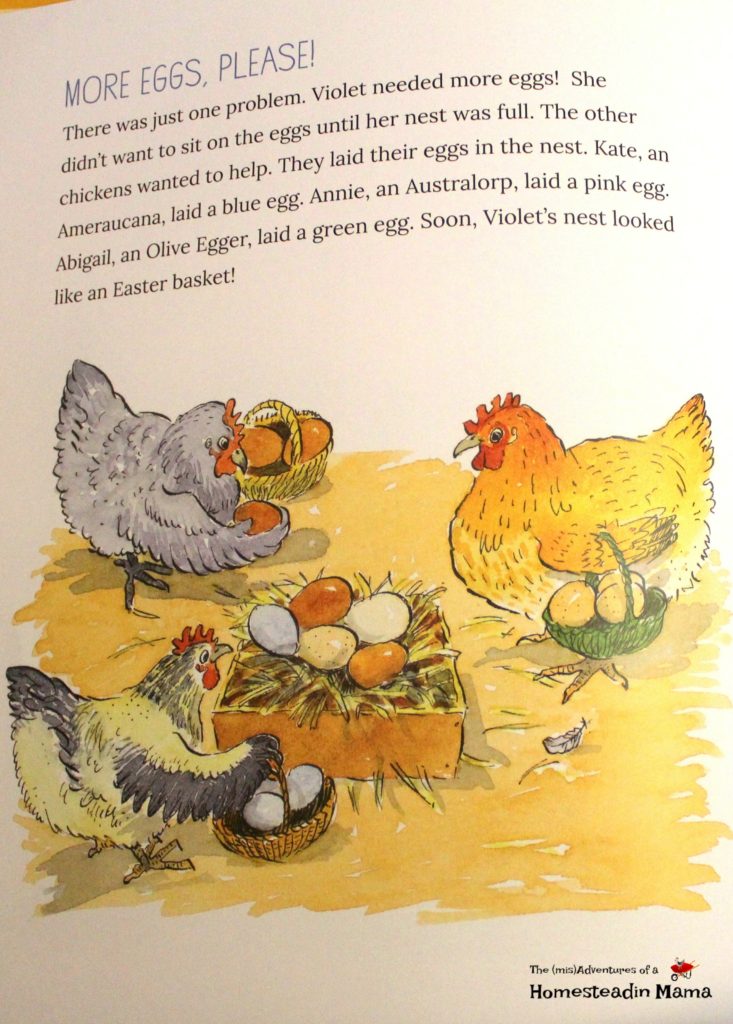 The littlest country kid enjoyed the story of Violet, who decided it was time to be a mom. From collecting eggs and sitting, to the actual hatch and raising of her young, he was enchanted by her journey. And it is hard not to be taken with Violet and her tale, when she and her chicks are captured in such delightful illustrations. From simple little eggs to adorable chicks, violet’s family invites the reader to come along on their special journey. 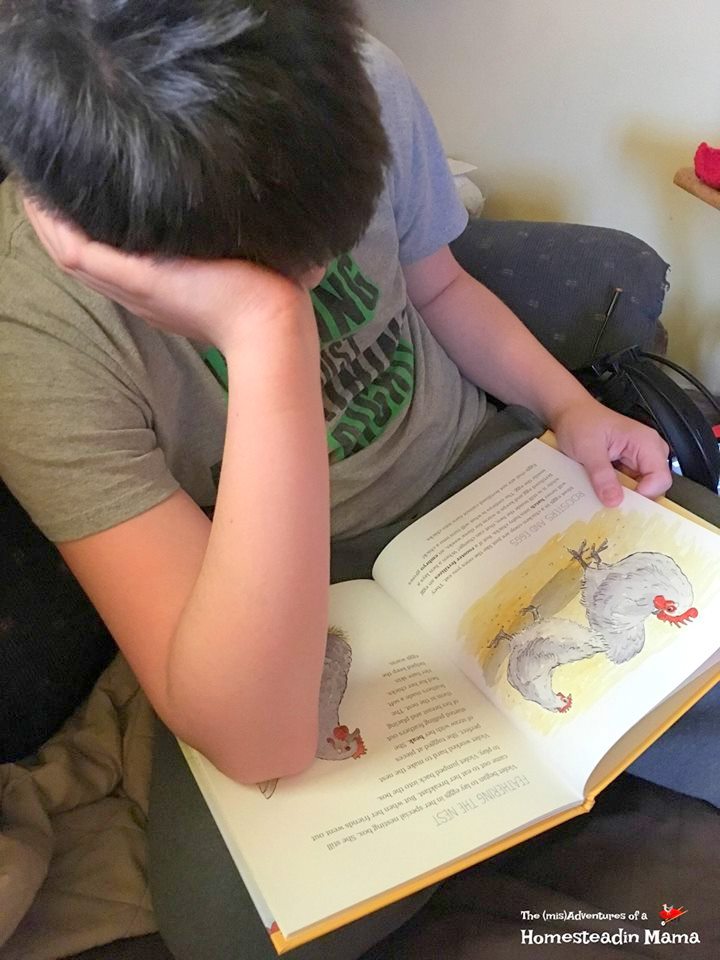 I was a little surprised when the oldest country kid put down his Kindle to take a peek at Let’s Hatch Chicks! The oldest country kid has Asperger’s and loves birds, but he is in sixth grade. While the reading level was below him, he did comment he enjoyed Violet’s story. While he was not the intended target audience, he did like the more technical aspects of the book. Of particular interest to him were the scientific facts of embryo development and the hacthing process. It reminded him of when we hatched chicks. 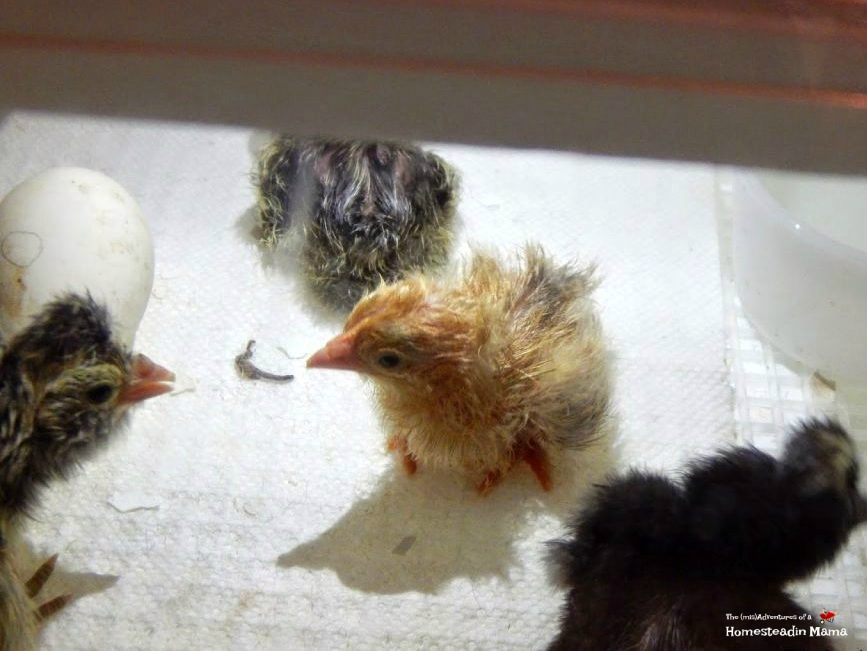 Let’s Hatch Chicks! is not your basic children’s literature. While it is a story about Violet the hen, it contains so many fun facts, that children with curious minds will be enthralled. Let’s be honest, I was enraptured with the day to day growth section. I have raised chickens the majority of my life and had no idea their eyelids formed on day 8 of incubation!

I highly recommend this book be added to your family library. It would also make a great gift to your school or local library. Let’s Hatch Chicks! is not only entertaining, but educational. And if you ask the country kids, they both gave the book two thumbs up. So that is a total of four thumbs from them!

This contest is open to US residence and a winner will be selected by randomly draw on Feb.14, 2018. We would love you to the moon and back if you like our pages when you pop over to visit them on Facebook, but it isn’t necessary to win.