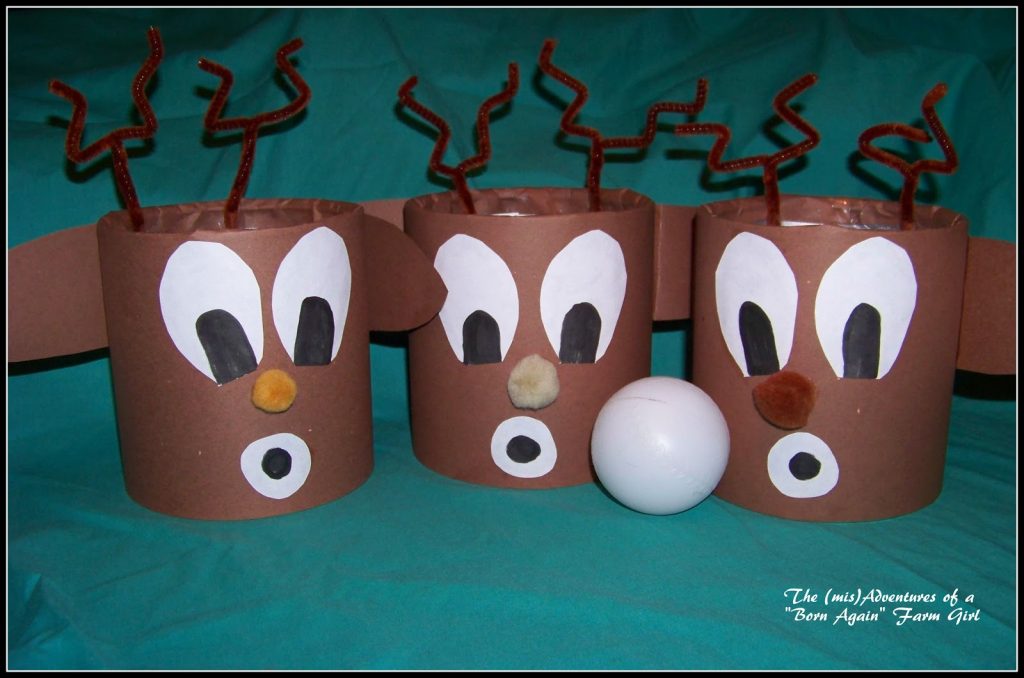 But, when the oldest country kid’s teacher called last minute for help with the class Christmas party last year, my creativity and longing to play the grand prize game collided in a “light bulb” moment! A bucket toss game with reindeer! I grabbed some empty formula cans (but you really could use anything, boxes, sand pails, etc) and my craft supplies and I got to work. A little brown construction paper, some puff balls for noses, bend up some pipe cleaners and if I do say so myself, I had some pretty darn good looking reindeer!! Of course they had to have O shaped mouths and big wide eyes as if they were scared of the ball being tossed at them! 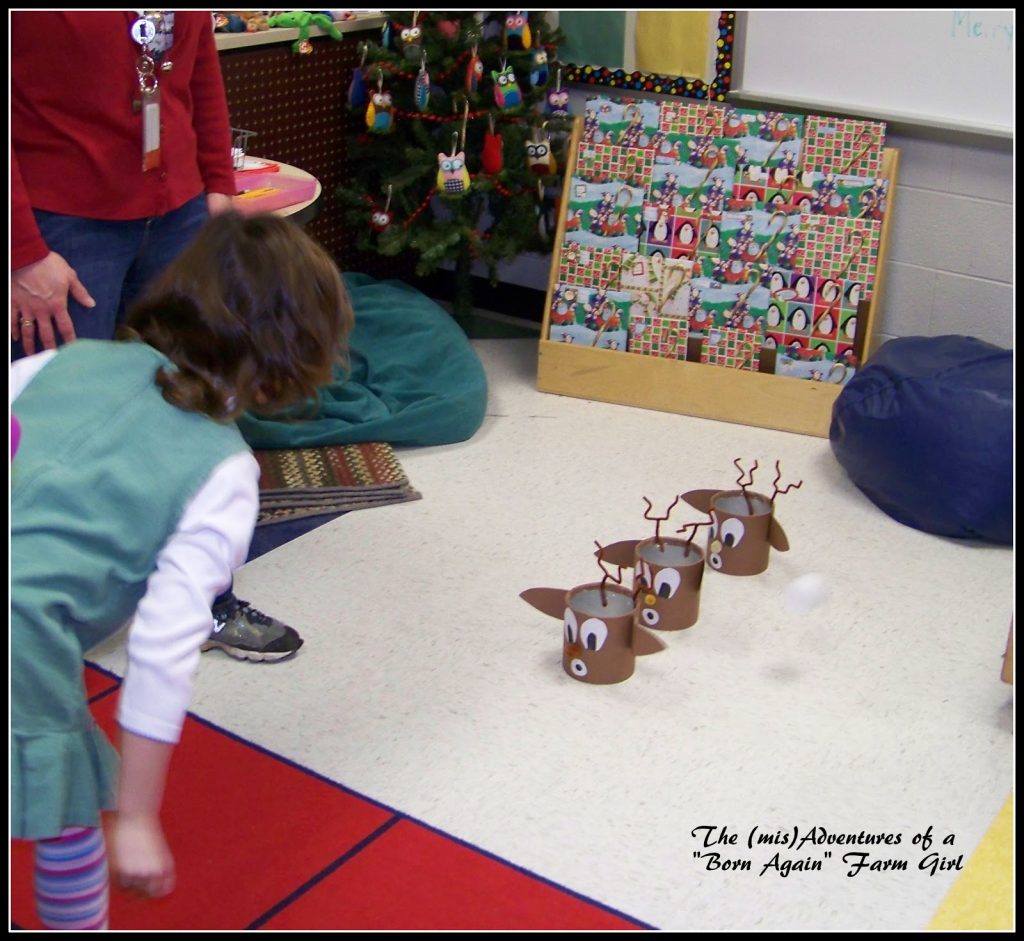 And I am glad to report, the game was a hit at school! The kids loved playing “reindeer games.” And as I watched my son toss the ball at the buckets, I remembered those long lost days, when I wanted to play the grand prize game, and I smiled. He has no clue of my childhood dream or that it was the creative brain storm behind the party game. He just knows his mama can make some great party games.