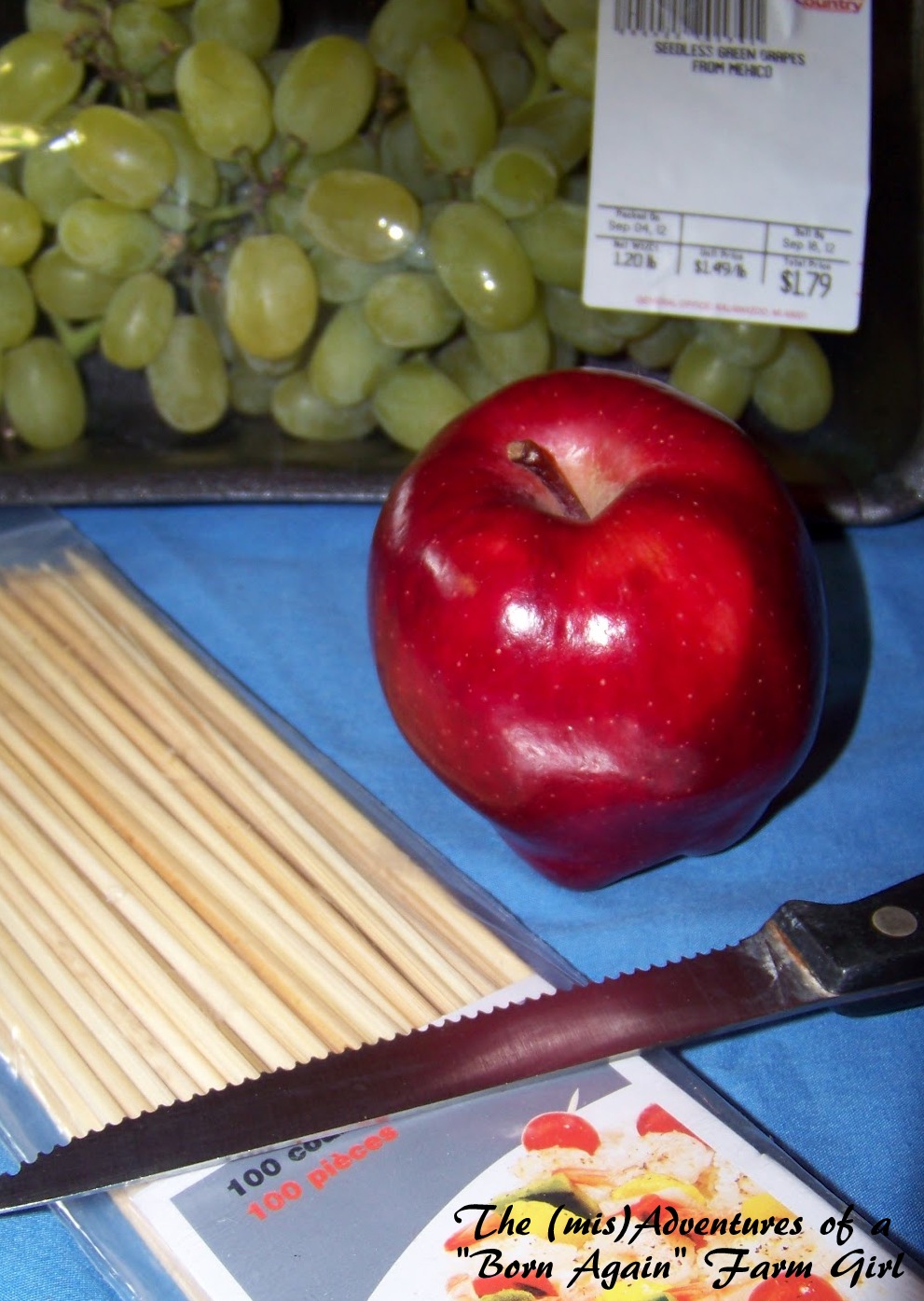 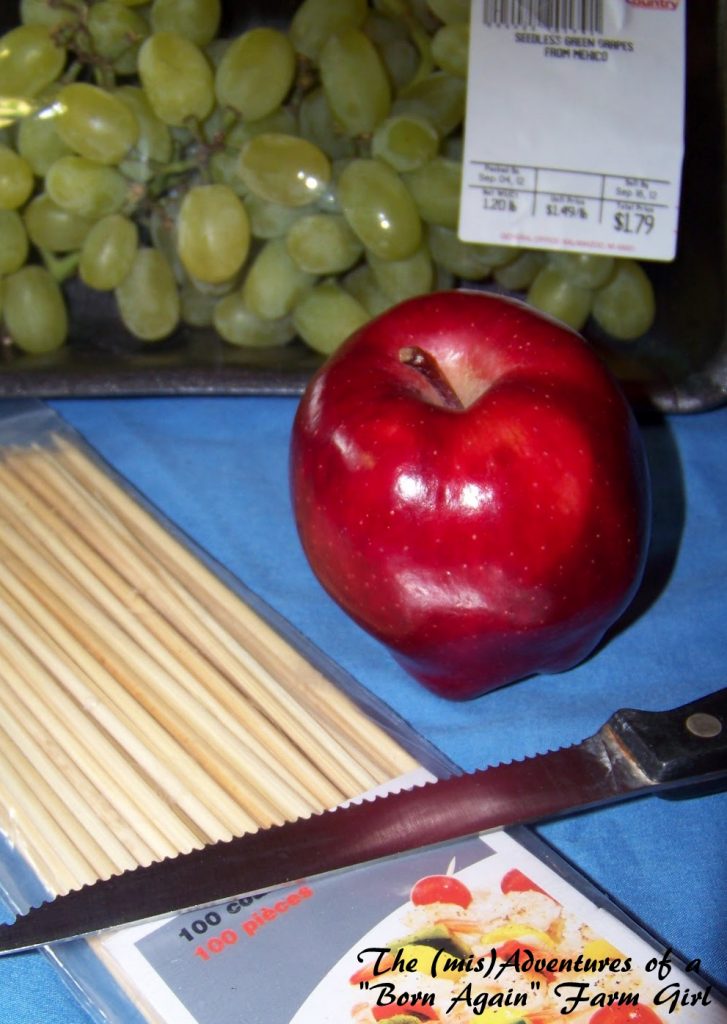 Part of being a kid is, well, having fun! And why shouldn’t food be fun for kids as well? Getting children to eat a healthy snack versus a store bought, prepackaged, lord knows what is in them snack is as simple as letting them play with their food! No really, let them…… 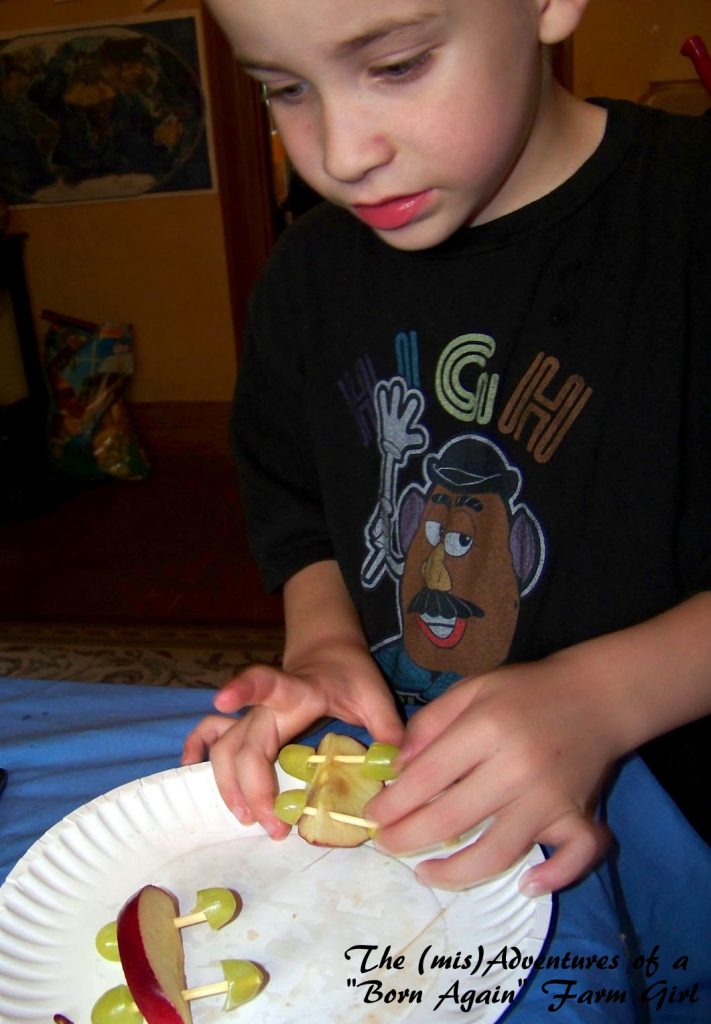 I set out a shiny red apple, some grapes, kabob stick and a knife.
When the oldest country kid asked for his snack, I showed him the supplies and told him we were
making apple race cars. He was delighted by the idea and quickly got to
work.

We cut slices for the car body, pushed broken skewer sticks through
the apples, sliced grapes in half and attached them for the wheels. It was
simple, fun, and nutritious! And the creativity did not stop there. He asked if
he could make a worm. He lined grapes up on a kabob stick and used apple seeds
for the eyes! That gave me the idea to make a worm coming out of my apple! **
Apple seeds are VERY slippery when covered in “grape guts.” You might want to
try something different for your eyes. ** 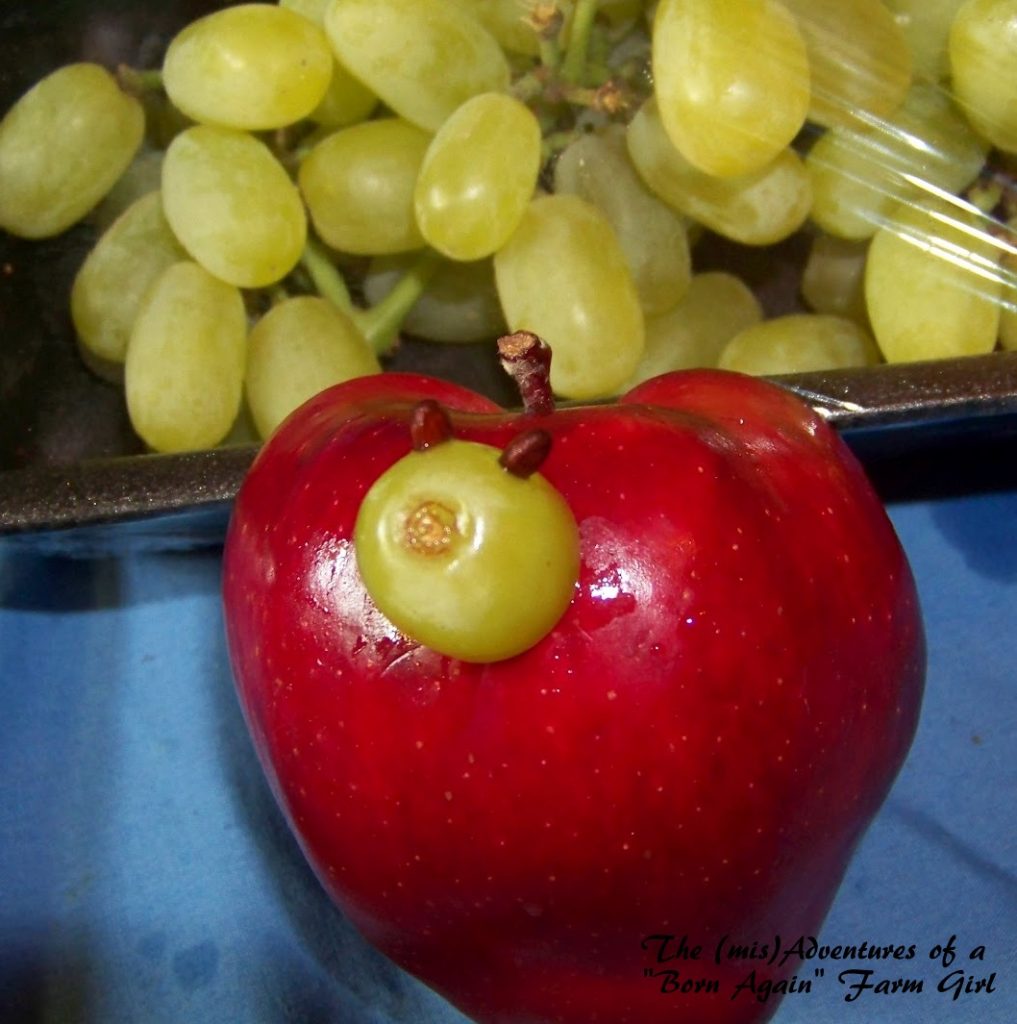 By making healthy food fun, we not only got a great snack, but we unlocked our creativity and spent some memorable time together. So the next time your child is looking for a snack… throw some fun and healthy food their way…. they may not even notice it is healthy for them! LOL