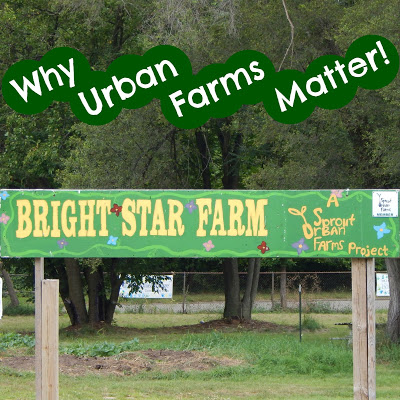 Recently the oldest country kid brought home a flyer from 4H for a free event at an urban farm that is located within driving distance from us. We are lucky enough to live in a tiny village (population less than 1,200) and have our own garden, but not everyone is so lucky. I thought it would be a great way for my country kids to get a glimpse at how farming can be done anywhere there is land available. So on the appointed day and time, we hopped in our truck and headed out to Bright Star Farm.

My GPS took us from our humble countryside into a rundown neighborhood. It was sad to see old houses in ill repair and yards that were not kept. People were sitting on their porches on a weekday, obviously they didn’t have jobs they needed to be at. And that is when I had to explain to my children what poverty was and how the welfare system worked, as my oldest couldn’t wrap his mind around why they weren’t at work like his father. When we pulled up at the two acre farm in the middle of all this, it was a beautiful sight to see with things growing everywhere!

We exited our vehicle, noting the folks watching us from their porches and joined the activities. This “community” event, that none of the community seemed to want to attend, hosted booths from a health care system, the drug counsel, 4H and the farm. The booths were giving away stuffed animals, cups, pencils, and balloons to the children. Sadly there were only six kids and two of them were mine. 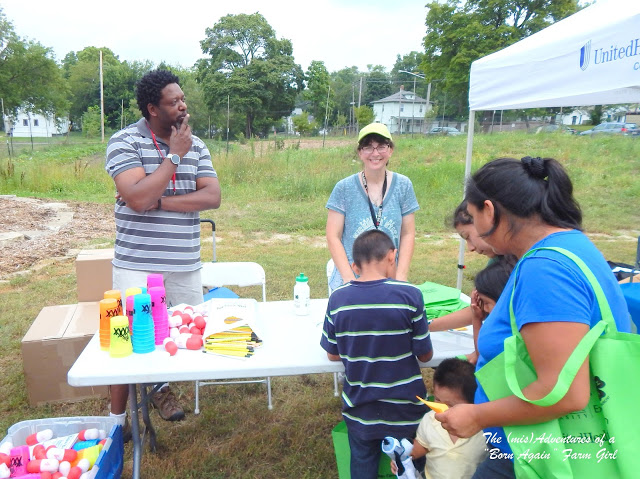 The 4H booth had a bike powered blender where the three families that attended the event whipped up some yummy berry smoothies thanks to the leg powder of the oldest country kid. The staff working the event tried to call over the community members from their porches to have some, but there was only one taker. After drinking his smoothie, the young man left. 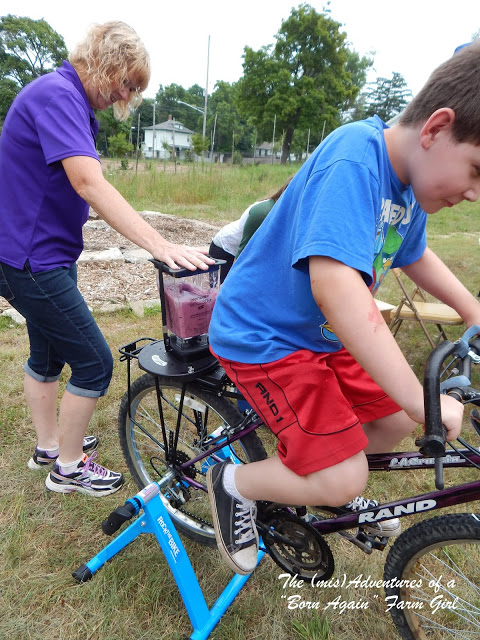 The event had activities for the kids, like making seed bombs, as well as fun outdoor games to show them how nature can be fun. At one point in the day, there was a cooking demonstration for the adults. Not only did they teach us how to make a watermelon salsa, but discussed proper knife handling skills, kitchen safety and nutritional info. 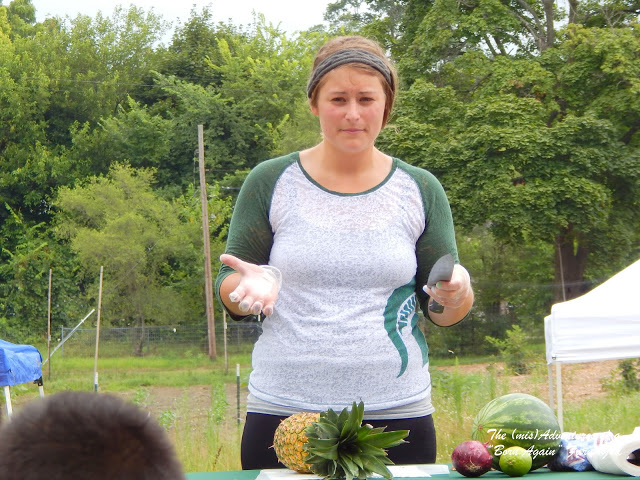 Okay, so by now, if you are anything like me, you might be getting a little depressed by the fact that there is this amazing garden growing with a wonderful event being held and the only people to attend were an elderly couple, a single Hispanic mother and her four children and myself with the country kids. All that hard work to put on a community event and the community didn’t bother to come…… 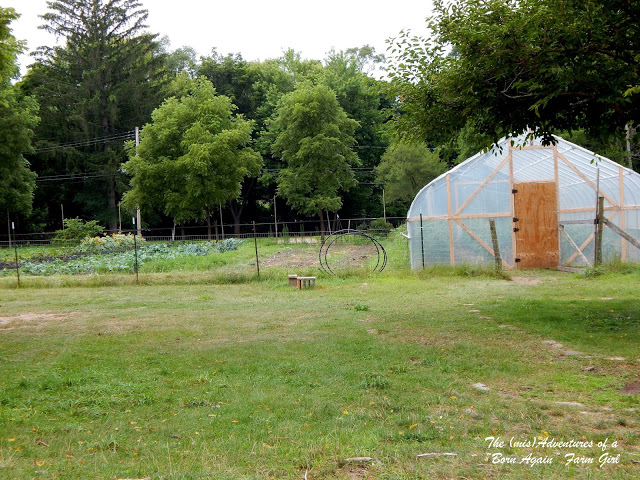 But then I stopped and looked around me….. All these wonderful gardens growing beautiful produce…. These few families having fun….. We WERE being watched….. If nothing else, we had peeked the curiosity of the community! And curiosity is the beginning of learning. And THIS is why urban farms matter! Maybe only a few of the community youth are involved with this garden, but imagine the difference it makes in THEIR lives!! I later learned that one of the community youth who used to volunteer, now runs the program. I would call that success!

So why do urban farms matter? Because they change lives, one community member at a time. Change may be slow, but while planting vegetable seeds, they are planting hope in a community that needs it!

18 thoughts on “Why Urban Farms Matter”