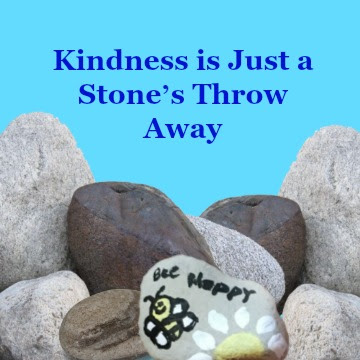 It was just another day….. We were running errands and happened to be heading into the bank when I spotted a beautifully painted rock in the bushes by the building. I pointed it out to my oldest, who picked it up to get a better look at it. It had a message on it that just so happened to fit what he needed to hear about himself that day. He asked if he could keep it, and of course I said yes. The inspirational message touched him, and I knew that owning it would help build his spirit. It would be something that would sit on his shelf and make him smile every time he looked at it.

That rock wasn’t just a painted rock, it was a smile waiting to be found. That was the day we learned about the Kindness Rocks movement. Yes, painting rocks and hiding them for others to find has been a big thing this year. If you haven’t been a part of the whole rock phenomenon, let me explain it to you. You paint rocks, hide them and hunt them. Simple, right? But why?

The Kindness Rocks Project philosophy is: Take one when you need one, share one with a friend who needs some inspiration, leave one for another. One message at just the right moment can change your whole day, outlook, life.

Finding that rock was wonderful, but it also lit a spark inside our family. Finding a rock that makes your day, can change your mood. But painting and hiding rocks, that you know have the potential to touch someone else with a smile is also an amazing feeling. It’s a win/win activity. No sooner had we got home then my son wanted to paint a rock for someone else! So paint we did, the whole family. Now I will admit, my younger son’s skills aren’t as masterful as some of the rocks you see, but his heart was bursting with happiness he wanted to share with someone else, and that made those rocks just as wonderful of a gift as any other rock out there. 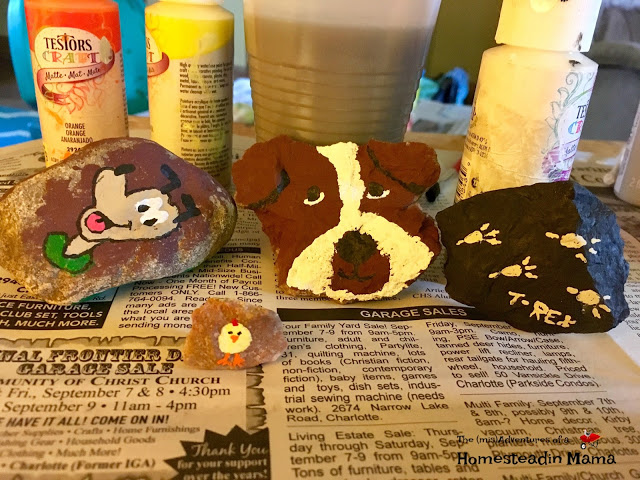 Somewhere along the way, in the painting process, my hubby stated he had no artistic ability, but agreed to help hide them on our family walks. The youngest had a pile of “interesting designs” he had made. The oldest was slow and had few rocks, because he found painting rocks challenging. And somehow, I became our family’s official rock painter. They all still wanted to hide and hunt, but the painting was left up to me. So I painted things I thought would make people smile. 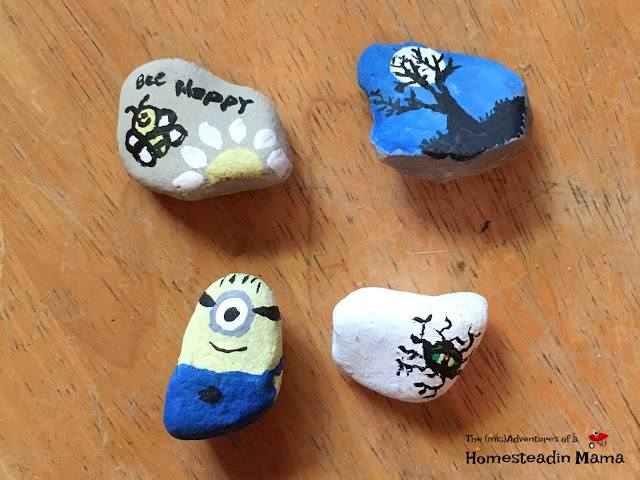 We knew the little town our son’s attended school in had a rock group on Facebook, so we decided to hide them in that town. People were active and excited to be doing the Kindness Rocks Project. My hubby join the rock group, and off we went. We would stroll around town in the evenings, the kids hiding and hunting. Some of the rocks I painted were intended for the park, some the college campus, other were made for specific business, like the Human Society. 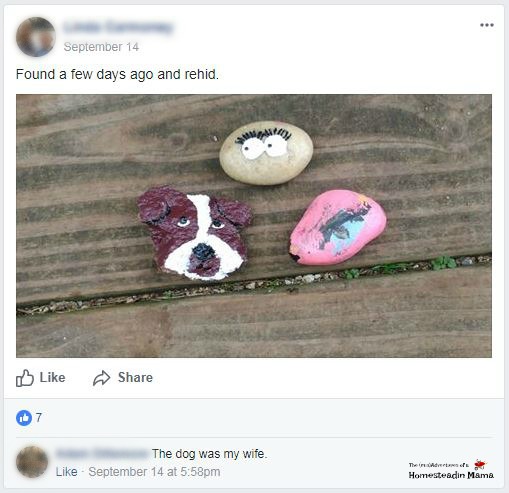 It was fun to watch as a few of our rocks were found and posted in the Facebook Group. The dog I had made, which we placed outside of the human society was the first one to be posted. Our oldest son, who had claimed the original rock, was delighted when one of his rocks was shared. The process had come full circle. He had touched another person with joy, just as someone had done for him! 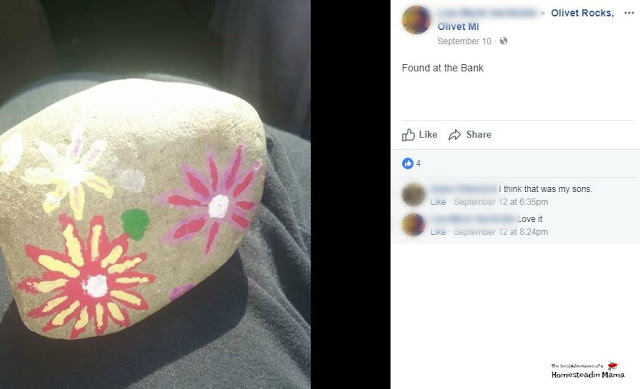 And while most of the rocks out there (at least in our area) don’t have words on them, they still bring smiles to the community. Some times they bring more…. Some business have joined in, offering rewards for the rocks they have hidden…… 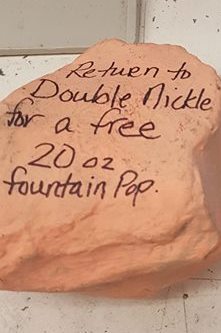 We have yet to stumble across any of the “magic” rocks, promising a free soda, but we have found something even better. A way to touch and be touched by others in a positive way. To know we more than likely will never see most of our rocks again, yet we know they are out there doing what we intended, making smiles. One of the fun things about this activity is also re-hiding rocks. You can take them, enjoy them, and if you want, put them someplace new!

Getting involved in the Kindness Rocks project is so easy. Walk outside, pick up a rock, paint it, and put it somewhere new. If you search Facebook, many communities across the country, have rock groups. Join in! Rocks are traveling from town to town, state to state. Who knows where our little rocks might be! Sharing positivity in such a simple way really can do more for an individual, family, or community then you might believe!

11 thoughts on “Kindness is Just a Stone’s Throw Away”