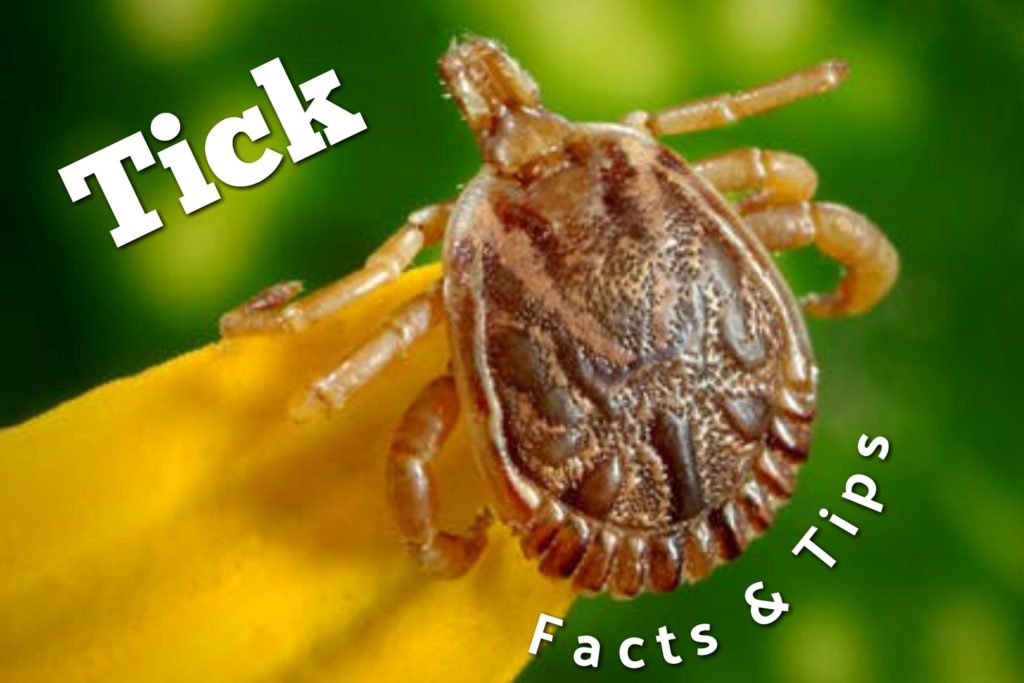 Recently the oldest country kid went to visit his grandparents for a few days….. and guess what he brought home with him? A tick. I know, most of you just got the heebie-jeebies, but breath, be brave, we got through it and so can you!

First, let’s learn a little bit about ticks…… Ticks are scientifically classified as Arachnida, which means they are related to spiders. No wonder they give people the creeps! A tick’s life cycle includes eggs, larvae, nymphs, and adult. The larvae, nymphs, and adults all need blood meals to survive. Although ticks will die if they don’t feed, many species can live up to a year or more without a meal. Usually the female adult is the one causing the most bites, as males usually die after mating.

Ticks do not jump or fly, they simply reach out with their legs and grab or crawl onto a host (aka you or an animal.) Folks who walk through grassy and wooded areas are at higher risk for tick bites. Guess what? The oldest country kid had been playing in the woods. Ticks are most active from April through September, but I was hoping with the extremely hard winter we had this year their numbers would be down.

So what can you do to avoid getting a tick? Well you could hide in your house for the rest of your life, but you would really be missing out! So, being realistic you can:

A tick bite is usually painless so you may not know you have been bitten if the tick feeds and falls off. So how will you know if you have been bitten and when to seek medical attention? The bite site may develop itching burning, and redness. If a person is sensitive or allergic to tick bites, they can develop a rash, shortness of breath, swelling, numbness and in rare cases paralysis. Sadly, ticks are not just creepy little buggers, they can also transmit disease. Some of these disease include:

So what do you do if you do find a tick who has decided to pull up a chair and have a meal on you? You need to remove it!! The faster you get it off the less time it has to transmit something to you. But how do you get it off? Growing up I was taught to use a match, blown out and touched to the tick to get it to release. Guess what? I have yet to have it actually work. In fact, I have learned that you should NOT do this, or paint the tick with nail polish, gasoline or any other “folk remedy” as it can actually cause the tick to release fluid back into the bite, upping your chance for infection! Here is how you remove a tick:

Now that you know more about ticks, probably more then you wanted, get out there this summer and have fun. Don’t be afraid, just keep your eyes open. And remember to do your tick checks!

24 thoughts on “Tick Facts and Tips”