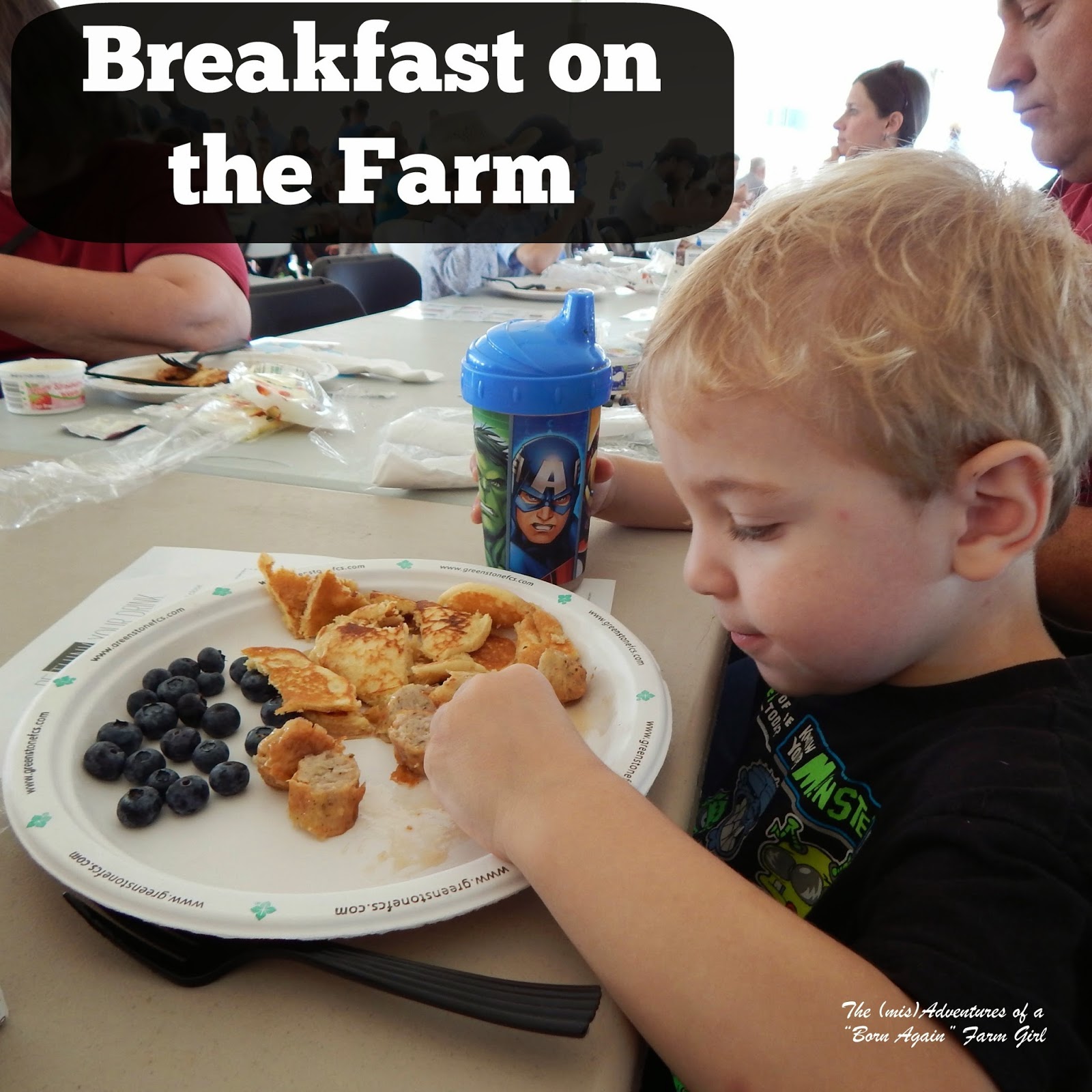 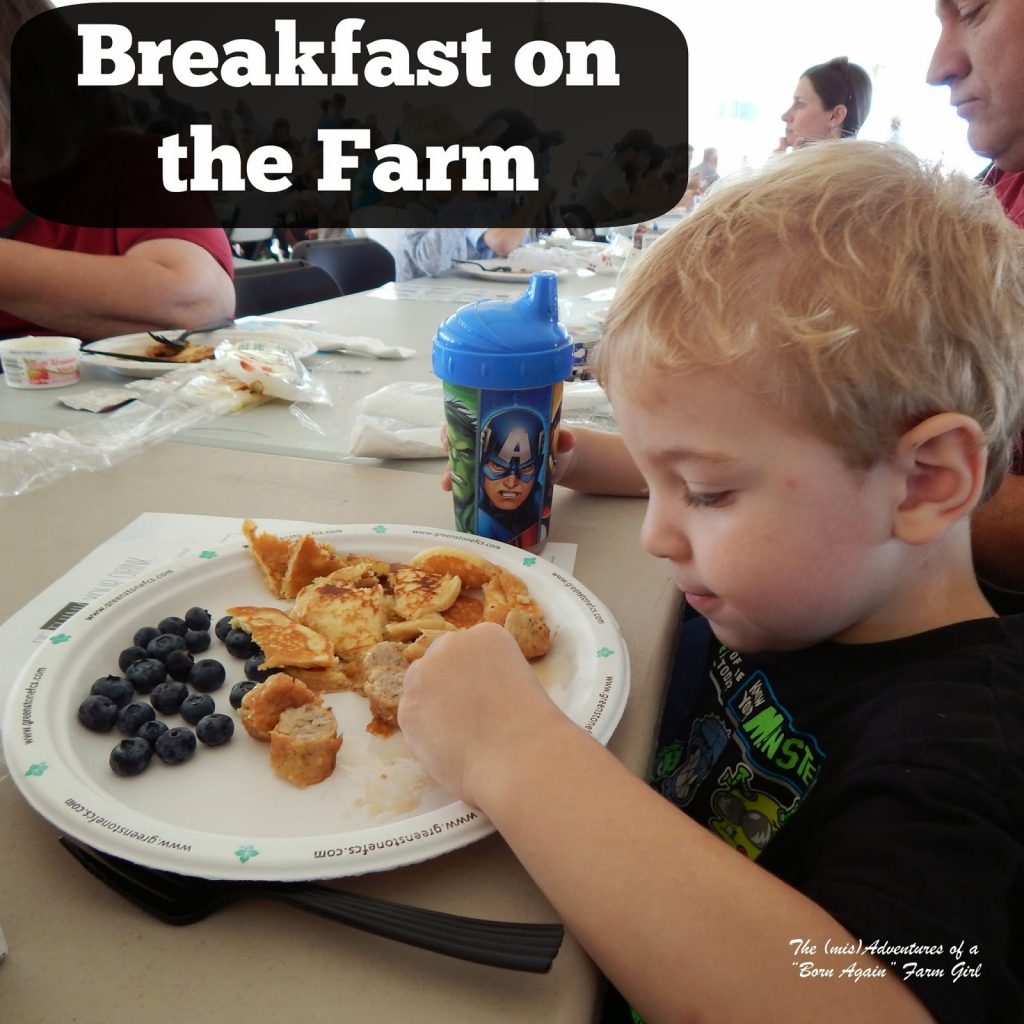 A while back I received an email for our local 4H (because the oldest country kid is in 4H) about an opportunity to visit a dairy operation and have “Breakfast on the Farm.” Seeing as the event was FREE, we love checking out farms and breakfast was included, well how could we pass this one up!! So on the appointed day, our family headed out…..

When we got to the farm, I guess none of us realized just how big of an event this was going to be! Hubby was complaining before we even parked asking “are you sure we can’t just go to Cracker Barrel?” Ummm, that would kind of defeat the reason for coming to check out a dairy operation, now wouldn’t it?!?! So I forced everyone out of the car and onto a wagon to be driven over to the farm as we had to park in a field across the way from the farm. After getting off the wagon we had to stand in line for breakfast.

The line for breakfast was sooooooooo long. And as my hubby’s attitude went down hill, the country kids’ did as well. But I tried to keep the happy, smiley, “isn’t this fun” attitude……. I mean it was a chance to eat, visit and learn. 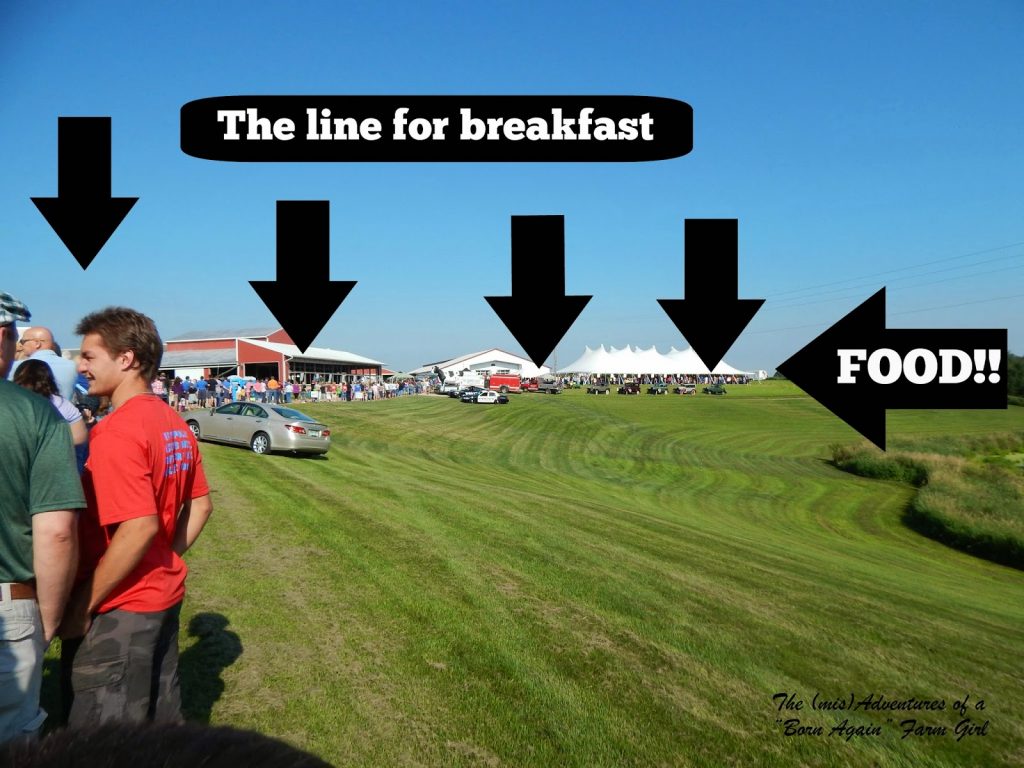 It took almost an hour and forty minutes to finally get to the food tent. By then, even I was starting to feel the strain of  “are you sure we can’t just go to Cracker Barrel?” Our family weren’t the only ones feeling it. There were a lot of upset husbands, whiny children, and moms who were just trying to hold it all together. I mean this was supposed to be fun, right?!?! Luckily for the littlest country kid, there was a giant cow statue half way through the line that just thrilled him. Have I mentioned, he loves, I mean LOVES cows! 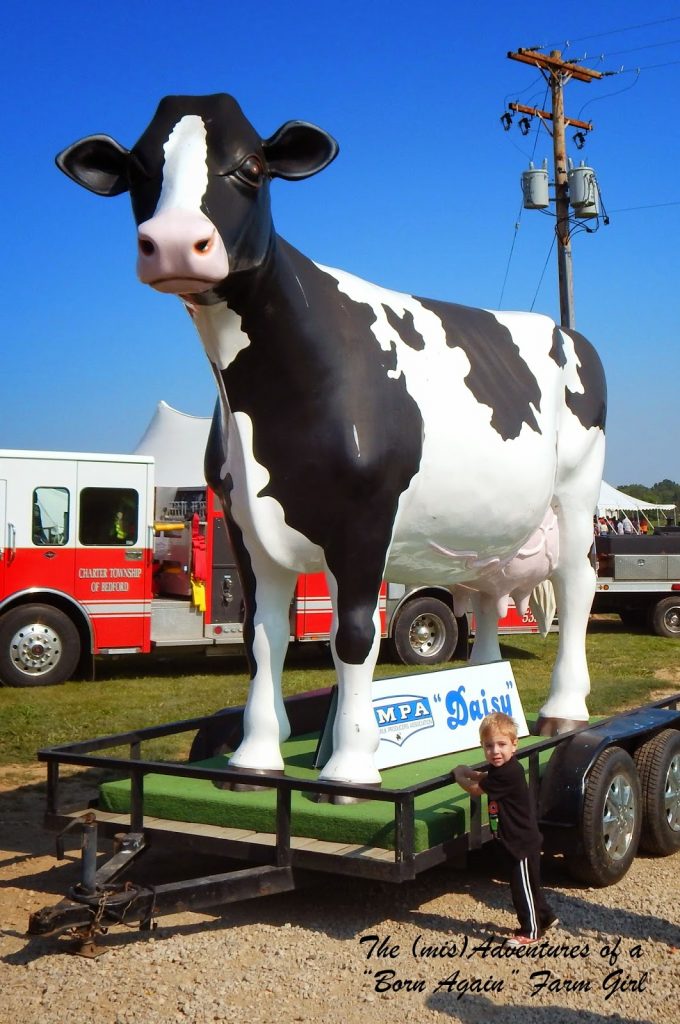 Thankfully, we finally had food in front of us. It was closing in on noon and of course we hadn’t eaten before leaving home, because we were going to have breakfast on the farm. At this point moral was in the toilet. Now I know it was not the farms fault, or the people who organized it…… Everyone just must of showed up at the same time. And maybe they should have had more then two serving lines. Regardless of the why it took so long, you could really tell that the volunteers who were helping to put this event on where trying very hard.

After eating it was finally time for the littlest country kid to get to see his “cow-cows” as he calls them. We donned our biosecurity foot wear, and began exploring the dairy operation. The country kids both enjoyed getting to climb all over the tractors. We were given access to all aspects of the operation from pregnant cows and the nursery to the living areas and milking parlor. There were signs everywhere explaining every aspect of the business including feed and care of the cows. All the volunteers were very knowledgeable and happy to answer my questions. And the littlest country kid was transfixed watching the “cow-cows.” 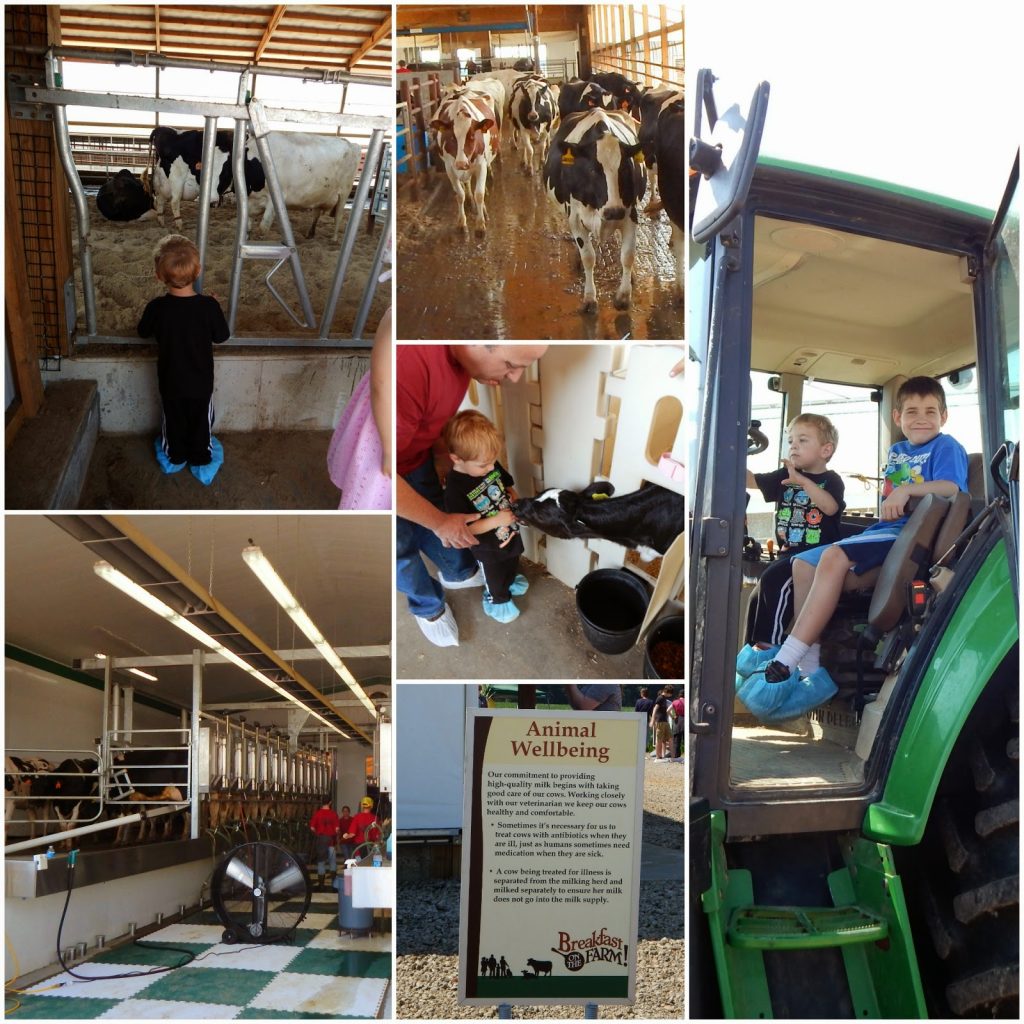 After walking around the farm and the kids receiving a bendable type rubber cow toy, we headed for the car. We were exhausted and hungry. As we buckled up, my hubby and I both looked at each other and almost simultaneously blurted out “did you notice there were no pastures?” Now don’t get me wrong…. I get it… they had a lot of cows. And to anyone who had never been around farm animals, this was an amazing opportunity to learn about where milk comes from….. but to country folks like us….. as impressive and clean as the dairy may have been….. the cows never left concrete. To me, and obviously even to my city born and raised hubby, this just seemed so wrong.

I know the dairy has the best interest of their animals at heart. I know why they do what they do. It was great for them to open the doors and educate the public. But for me, it was heart breaking. To never feel grass under their hooves….. to be ushered from one barn to another via concrete hallways…. Yes, their barns were clean, their cows were well fed and appeared to be healthy….. but to never get to feel the sun or lay in the grass…..

20 thoughts on “Breakfast on the Farm”