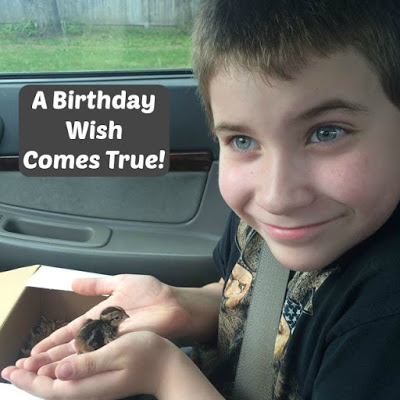 Ever since he was a little guy, the oldest country kid has had a deep affection for poultry. In the last year he has become obsessed with quail. He will scour the internet for hours at a time watching videos and learning about them. So it came as no surprise that for his birthday this year, when we asked him what he wanted, he said a quail. Well of course he did! I mean what 9 year old country kid doesn’t want a quail, right? I’ll just pop over to the quail store and pick ya one up. Simple enough, right? Well if you don’t know, there is no quail store, chick season at the feed stores is over and not many folks in our neck of the woods raise quail. Oh what to do…

We did what any good parents would do, we started searching for someone with quail. The first guy we contacted was very friendly and said he was hatching some and they would be ready on the oldest country kid’s birthday weekend! How awesome!! But, when we called him about making arrangements to pick one up, he told us a tale of woe about how his incubator had lost power and he had to put new eggs in. Okay, I understand, things like this happen, so we presented our son with a certificate for a quail on his birthday instead of an actual quail. We were told by the guy hatching them, that they would be ready about a week after the oldest country kid’s birthday.

A week came and went and the oldest country kid was asking every day if the guy had called to say his quail had hatched. When the call didn’t come two weeks after the scheduled “hatch date,” we contacted him again and got a song and dance response. That is when we realized, this guy was full of bull and had no quail. But we had promised our son a quail, so what to do?!?!?

We explained to our son what had happened, and he was deeply disappointed. We told him we WOULD make good on getting him a quail, we just weren’t sure when. Three weeks after being told he was getting a quail we found another person, on Craig’s list, who said he had about 200 baby quail. So we called….

When we called him, we explained what had happened with the other guy. Do you know what he said? He said we could come over right away and the oldest country kid could pick out a quail! Yippy!!! We were back to being the best parents EVER!!!

Do you know how tiny baby quail are? They are TINY. Like super small specks. It takes like four of them to equal a chicken chick. We put that tiny chick in the broader and by the next morning, my husband and I agreed, one was just so…..  Well, we needed/wanted more. And that is how the oldest country kid ended up with not one quail for his birthday but FOUR!! Now we are really the best parents ever!

Two things people had told us about quail is that they like to scratch through their food and scatter it around, thus the paper pate for a feeder. Second, we were told that they drown easily. These chicks are so small that we put a few Lego pieces in their water dish so they didn’t drown in it! 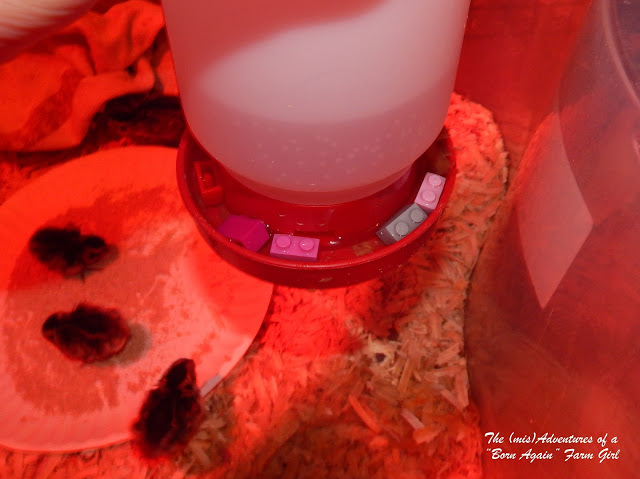 So here I sit, telling you how we managed to grant our son his birthday wish, despite the challenges, listening to the peeping of not one, but four little quail chicks. Do you think we over did it with four? I mean they were only $2 each and they are sooooo cute. How can you not love a pile of sleeping tiny quail……….. 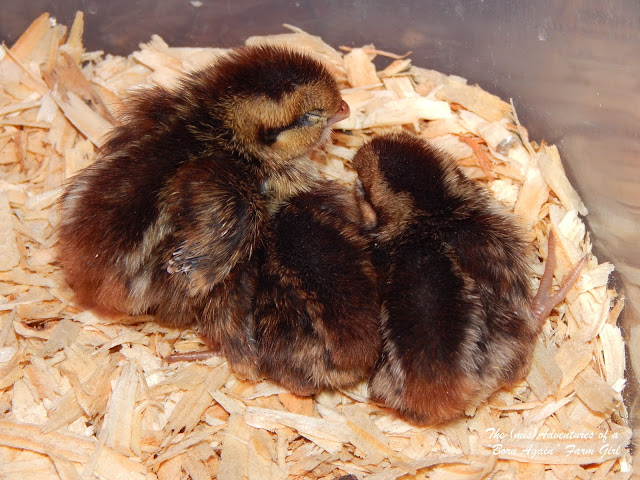