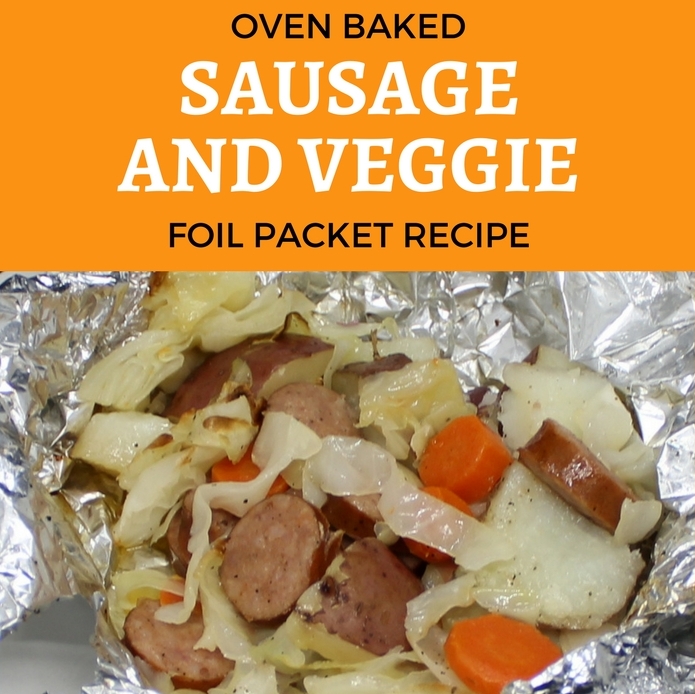 Who says making dinner has to be time consuming and labor intense? With foil packet recipes, it doesn’t have to be! 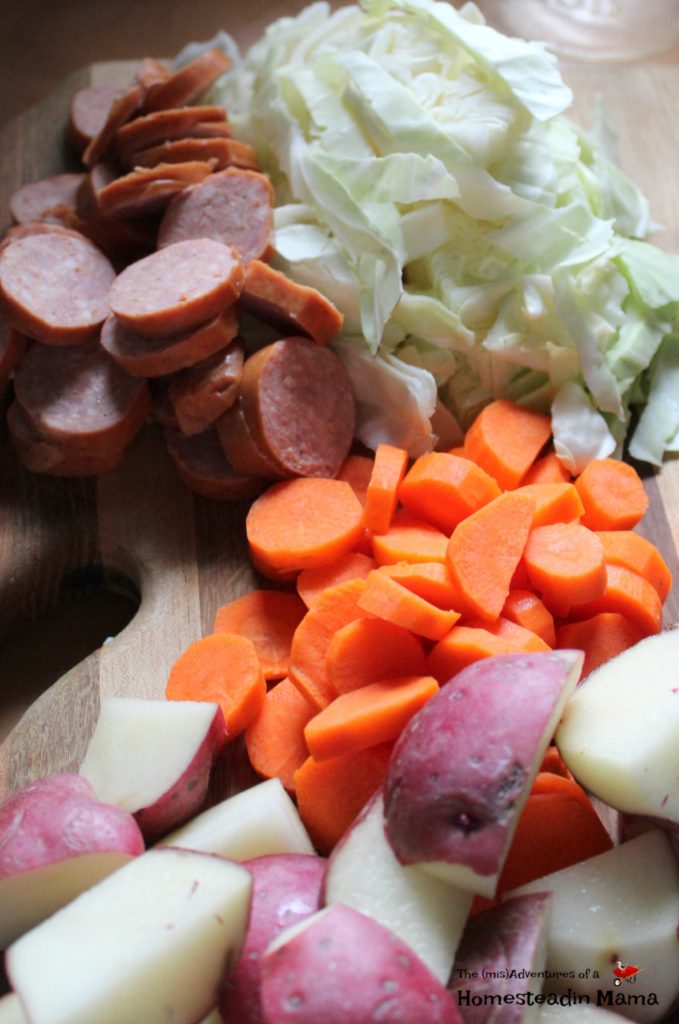 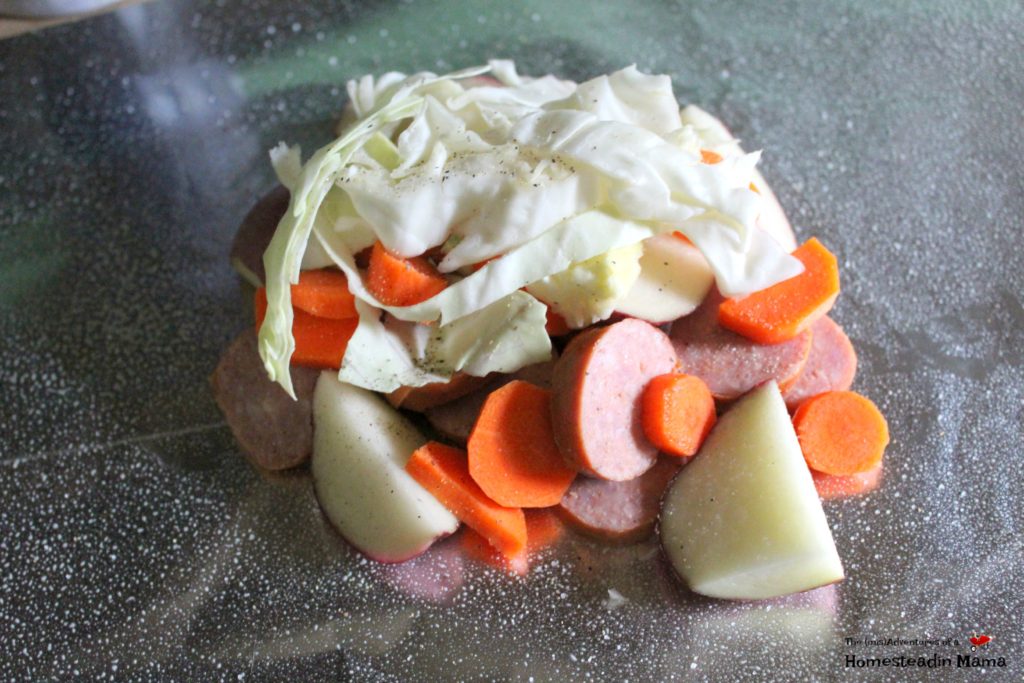 To make our sausage and veggie foil packets, I sprayed four 12 x 18 inch sheets of foil with a light coat of non-stick cooking spray. I pre-chopped everything and then divided it equally between the foil that would become the packets.

I loaded each foil up with polish sausage, carrots, potatoes, and much to the country kids’ disappointment, cabbage. Sorry kids, this mama loves her some cabbage! Once the meat and veggies are in, it’s time to season your packets.

I place a tablespoon of butter on top of my sausage and veggies. I then sprinkle the salt, pepper, garlic powder and onion powder on top. As the butter melts it will carry those spices through the other ingredients. I am not a big hunks of garlic and onion kind of girl, but you can totally sub in fresh minced garlic and sliced onion to taste in this recipe. Foil packet recipes are fun because they are so simple and you can totally play with what ingredients you put in them.

Once your ingredients are all in, seal the edges of the packet well by rolling and pressing the edges. You don’t want the moisture to leak out, leaving your food dry and tasteless! 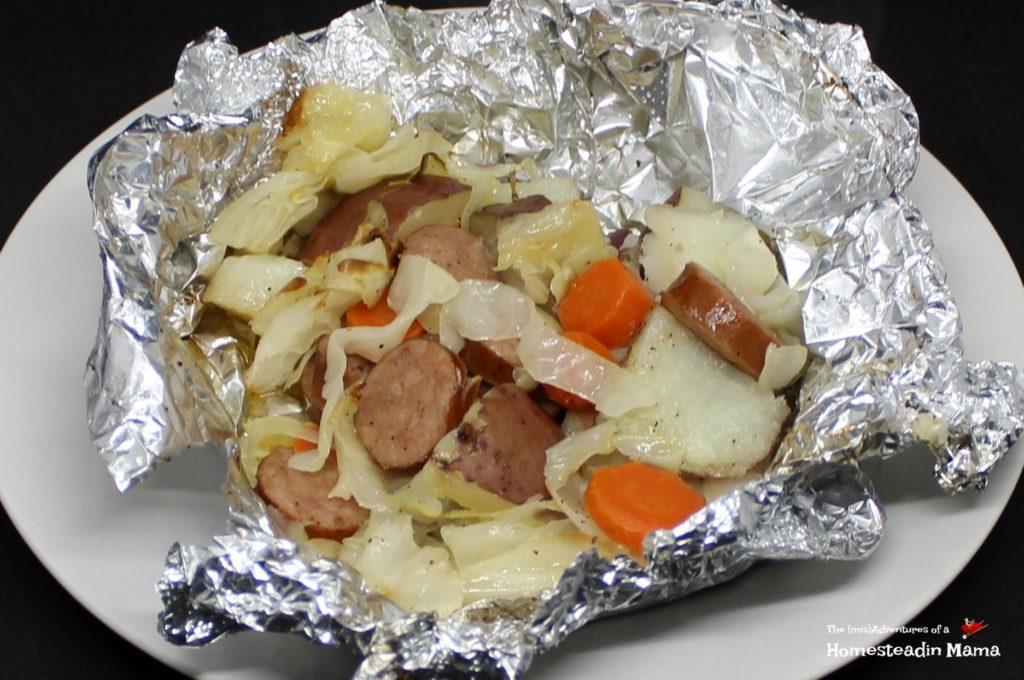 You will cook your foil packets at 400 degrees for around 40-50 minutes or until your potatoes are fork tender. Cook time can vary depending on the size of your potato pieces.

I like to put my packets on a cookie sheet just to make handling them easier. Once the packets are done cooking, let them sit for a few minutes before serving. Remember hot steam may come out when you open them, so open them away from your face. Can you tell I have had to say this to kids before?!?

And do you know what makes this recipe (and all foil packet recipes) taste better? The fact they can be served in their foil and makes clean up a breeze! Think about it, you used a knife to cut stuff up, but other then that!?!? No pots, pans, or plates to wash when you’re done!

Okay, I did put mine on a plate to take pictures, but it was only so it looked pretty. 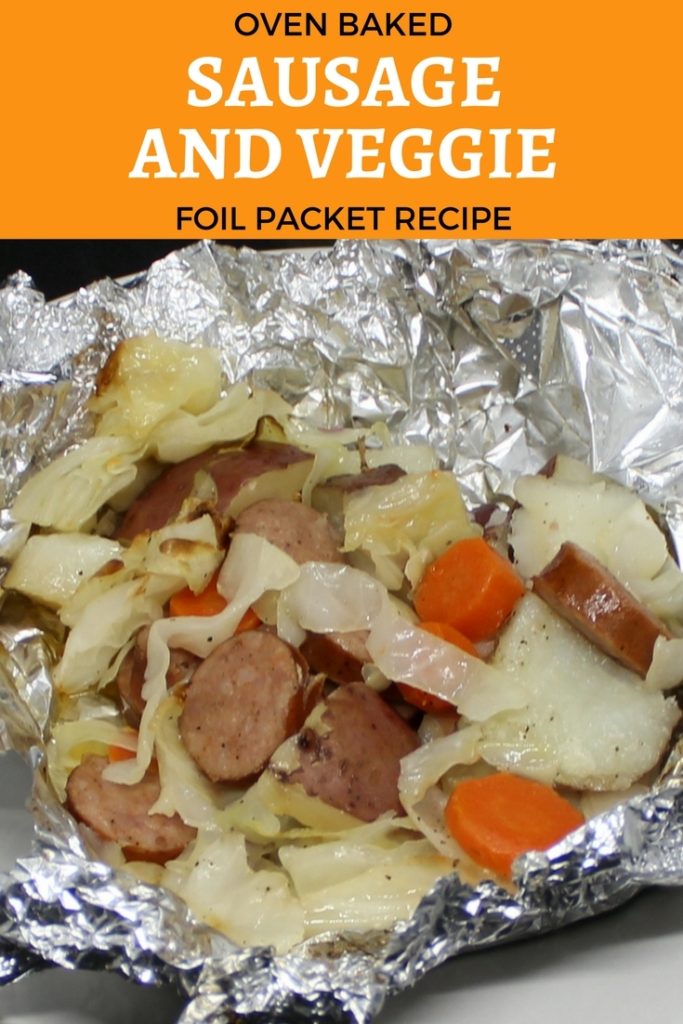