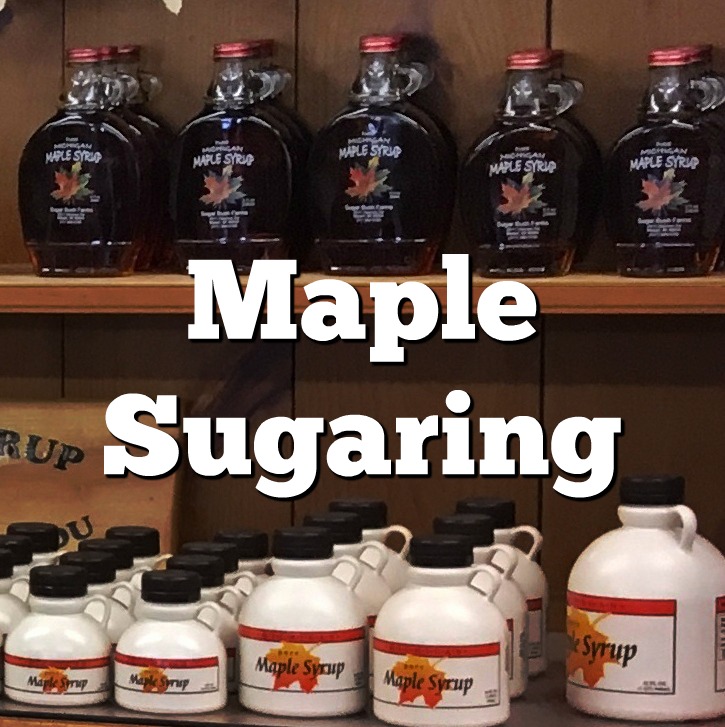 When it comes to Maple sugaring, aka making REAL Maple Syrup, most folks think of Vermont. And while Vermont is responsible for over 40% of syrup production in the United States, many other Northern states get in on Maple sugaring. From backyard hobbyist to large scale producers, Maple sugaring  is a booming end of winter activity in may states, including Michigan.

We have been Maple sugaring for five years on our little homestead. We started with homemade taps and used milk jugs and soda bottles to collect sap from our few Maple trees. What started of as “gee, I wonder if we could make our own Maple syrup” is now a yearly tradition the whole family enjoys. Over the years we have upgrade some of our equipment, hobbled together a low tech evaporator, and have enjoyed an ample supply of REAL Maple syrup on our breakfast table. 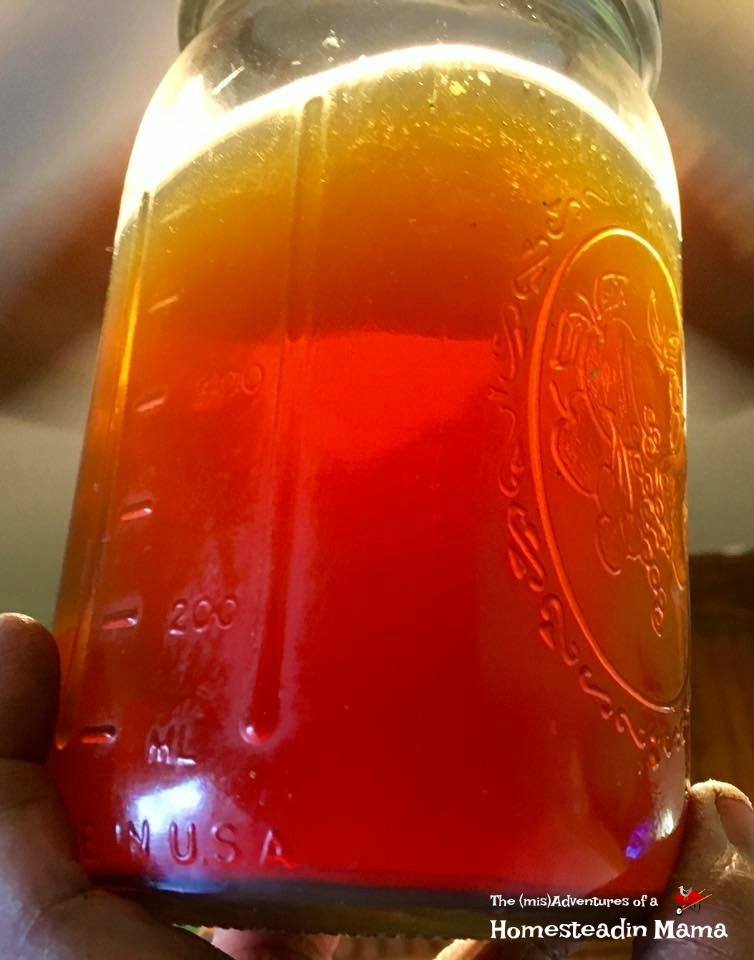 The Maple sugaring season started early this year. We put in a couple more taps then we normally do. And since it is still going strong, we will have our best year to date. We have already collected enough sap to make syrup for our private use, so this year we are planning on selling some of our surplus syrup and making candy too!

But where do you get sugaring supplies?!?!

In the past we had gotten taps online, but when it came to finding candy molds and bottles, I was lucky enough to find a place called Sugar Bush Supplies about an hour from us. We took a Saturday family adventure and ended up at a little building on a big old farm that just happened to cater to folks who were into Maple sugaring. From the little guys, like us, to the big operations that used top of the line equipment, this little building held the things that dream are made of, well at least for my hubby who drooled over the fancy evaporators. 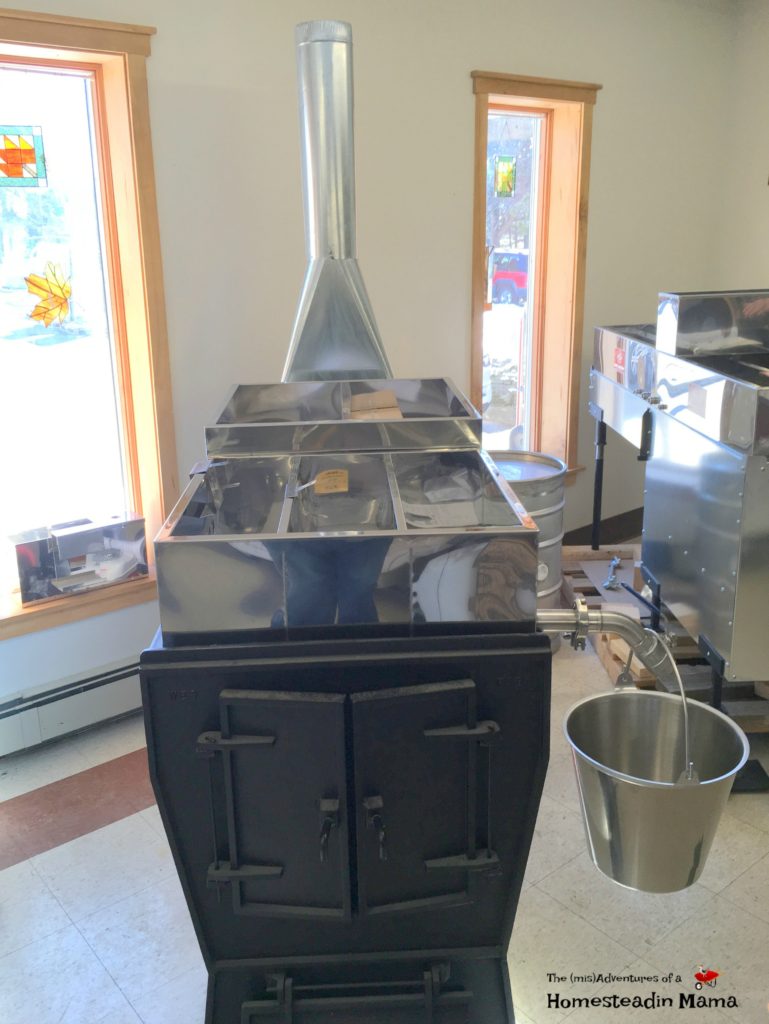 This beauty may or may not have had a puddle in front of it from all the drooling that was going on. And let me tell you, if money weren’t an object I would totally support my hubby’s desire to ditch our cinder block and serving pan evaporator that has served us well the last few years. This new fang-dangled evaporator was shiny and the chimney didn’t fall over! 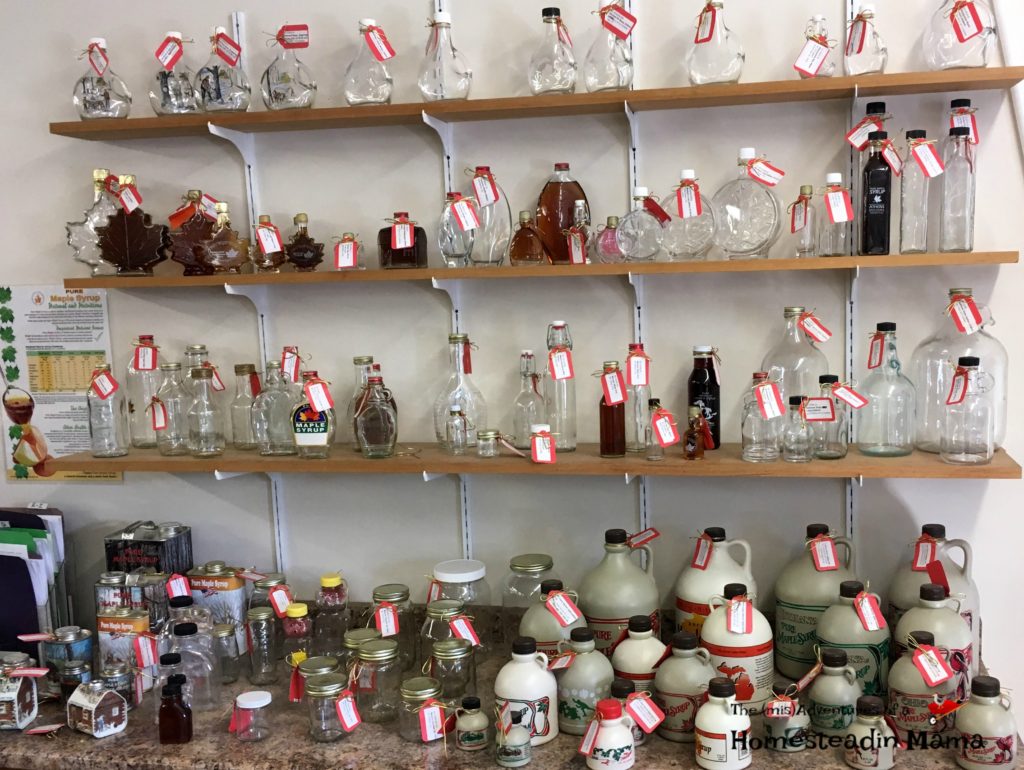 As my hubby wondered around with the boys, fondling the equipment, I tackled the the overwhelming job of picking bottles to put our sap in that we will be selling. While the glass jars were pretty and came in a variety of interesting shapes, I focused on the bottle row. We needed bottles that we could ship in and glass wasn’t going to cut it. After settling on a plastic jug design, it was time to move on to the fun part of getting the candy making supplies. 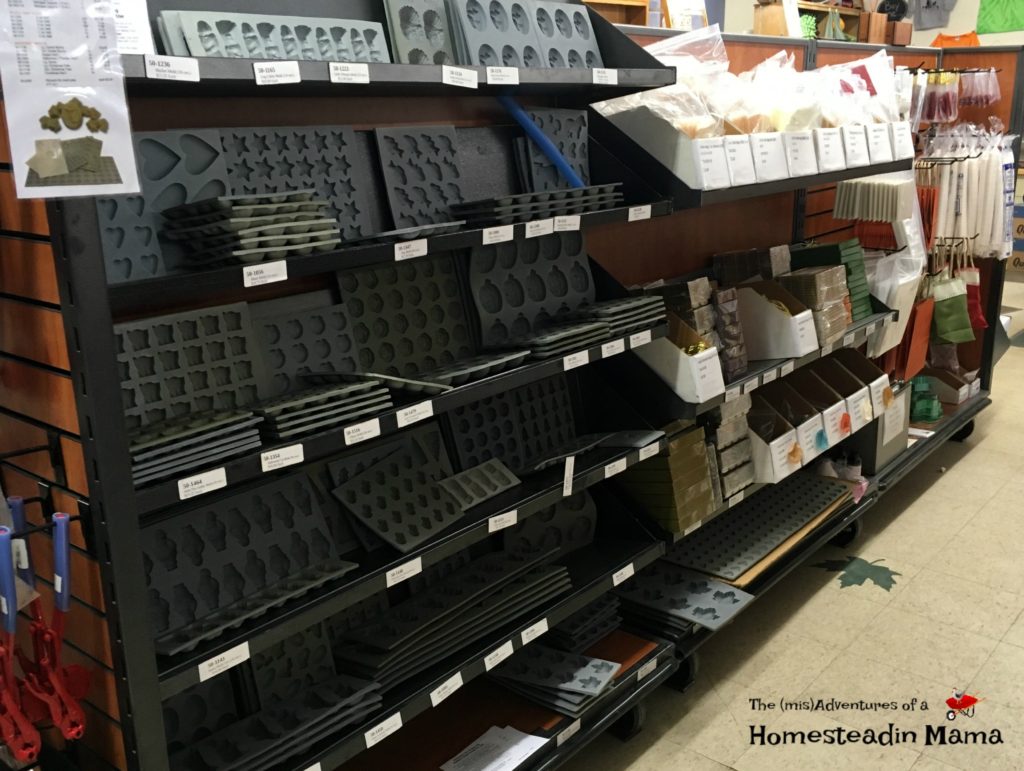 While my hubby and the boys disappeared into the row with all the taps and miles of tubing, I started fondling candy molds. I’ll admit, I was drooling a little. This aisle had everything I needed to make and package candy to sell online and at the farmers market this summer. Being a small producer, what we make falls under cottage industry laws in our state. While we do not have to be inspected, we do have to follow strict product labeling laws. So after picking a out a mold, deciding on the color of bags I want, I thumbed through the pre-printed labeling section. 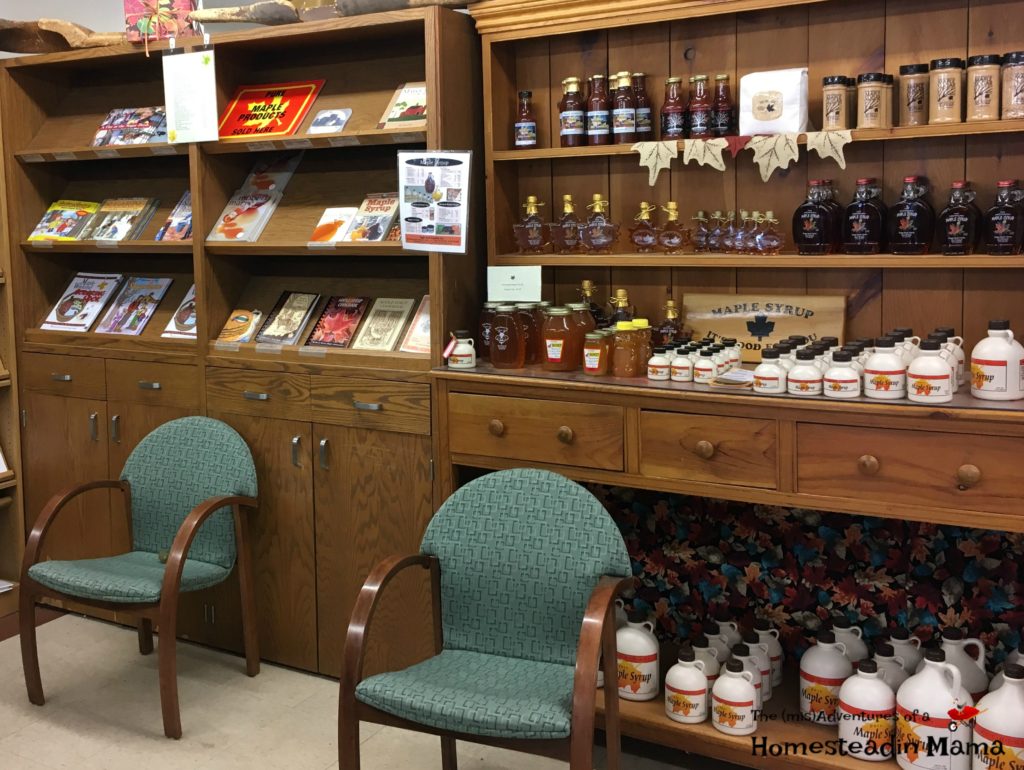 The store even had a small gift shop for locals who wanted buy syrup. We had a delightful family outing going row by row checking out all the items this build held. We manged to pick up all the supplies we needed. I was able to to keep hubby from taking a second mortgage on the house in order to start a larger Maple sugaring operation. So over all, I would say it was a good day! And I can’t wait to start bottling up our extra syrup and making candies so we can share the amazing taste of Michigan maple with all of you!