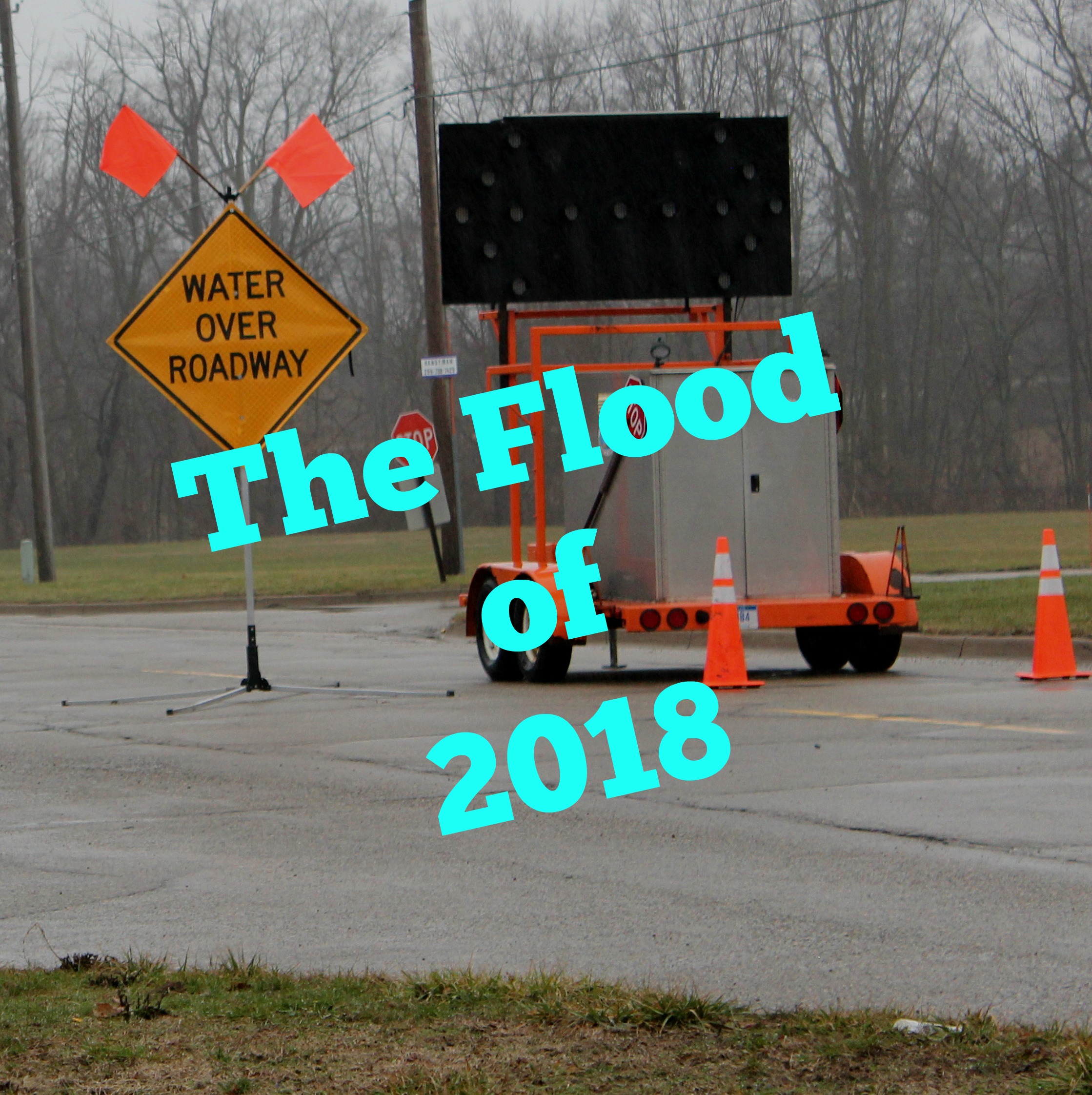 We have faced many nature related issues here on our little property, but this year we experienced another first…. flooding. As the rains began that fateful Tuesday, I was attempting to build a fire in our sap evaporator so I could boil sap into Maple syrup. We make Maple Syrup each year and when the sap needs to be boiled, well you boil.

It didn’t matter it was raining, it had to get done. I placed a broken patio umbrella over the evaporator to try to keep the rain off the fire and sap. As the day went on, I was soaked. By night fall I had finished up the syrup. I had also changed my coat and clothes multiple times. And still it rained.

It continued to rain all day Wednesday and into Thursday. On Thursday when I jumped in the shower, I found we had no hot water. Since that was odd, I went to the basement to check the hot water heater.

We have what is called a “Michigan basement.” It is a scary, dark, dirty place we don’t go often. Think dirt floor with river rocks and concrete for walls. A Michigan basement is better then a crawl space, but not someplace you want to hang out and watch movies. When I got into the basement to check the hot water heater, I was a little started by the 9″ of standing water down there! 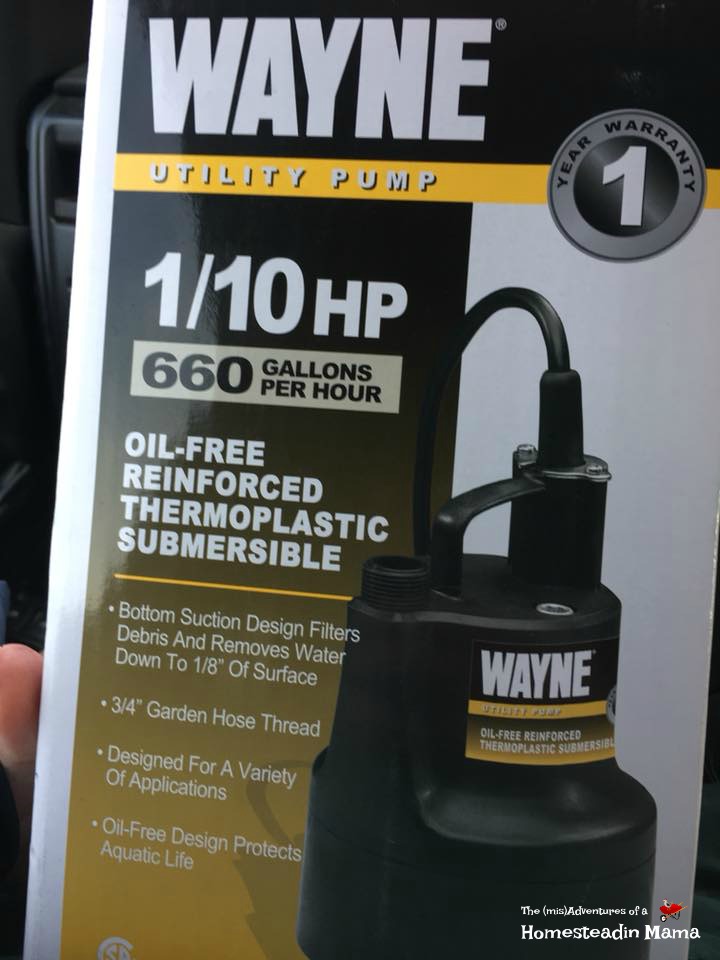 Now owning a sump pump had never been on my list of must haves, but considering the situation, it was now a must have as soon as possible. I called the hardware store to see if they had any pumps and managed to snag the last one! We had to run a garden hose from the basement, up the stairs, and out the back door in order to pump the water out of the basement. Pumping out the basement lasted two days, as we turned it off at night so we could move the hose and lock the door.

Thankfully our hot water heater worked once we dried it out. We were also lucky the river at the end of our street, thought it broke its banks, never flooded far enough to be a threat to us. 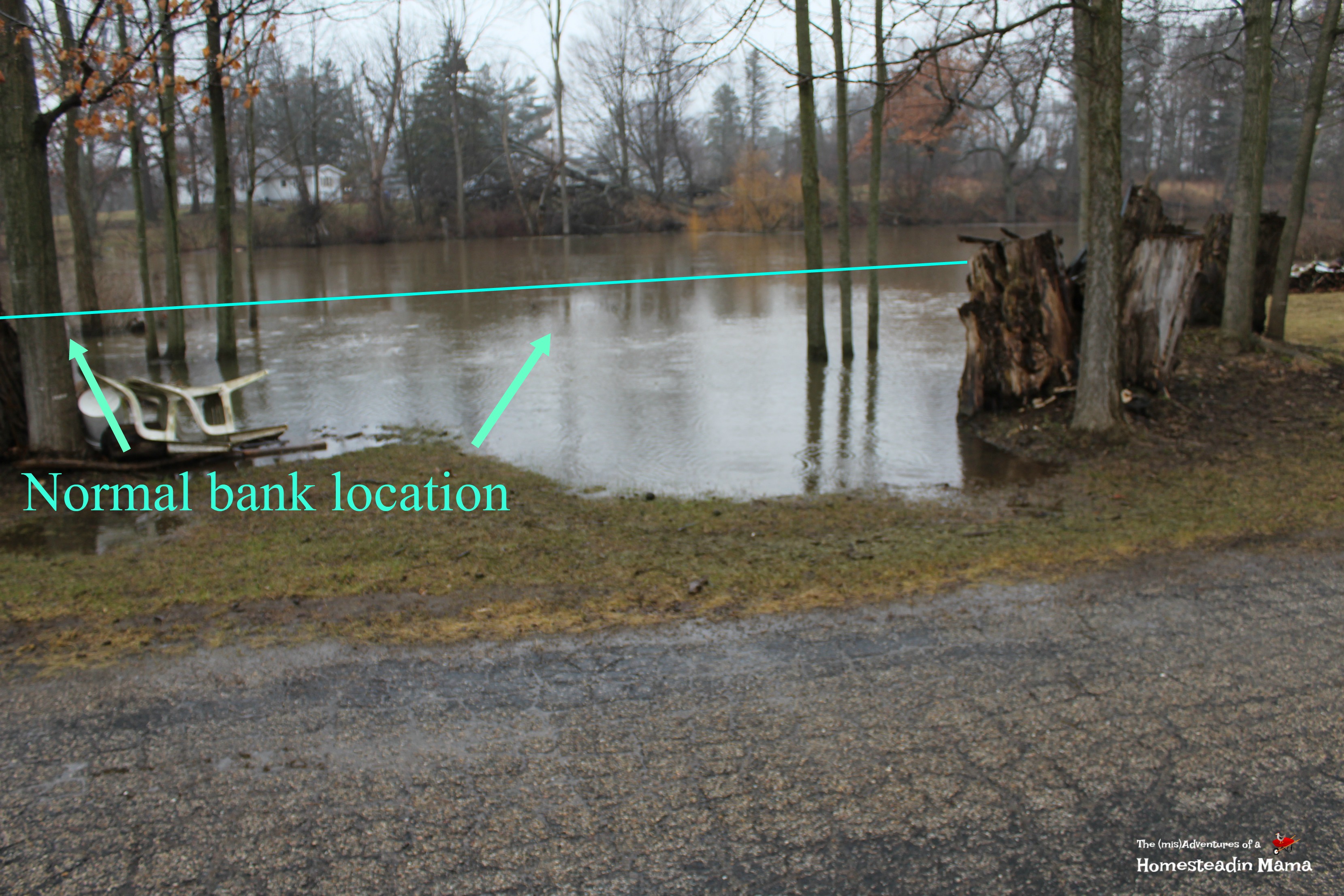 Once our basement was pumped out and the river crested, I decided to take a drive around our little village (pop. around 1,000) to see how it had fared. North and South of us, largely populated areas, like the state capital, had been hit hard. The campus of Michigan State University was partly under water. The zoo we visit for the oldest country kid’s FALCONERS autism spectrum program was closed do to massive flooding. I crossed my fingers our little piece of the world had fared better. 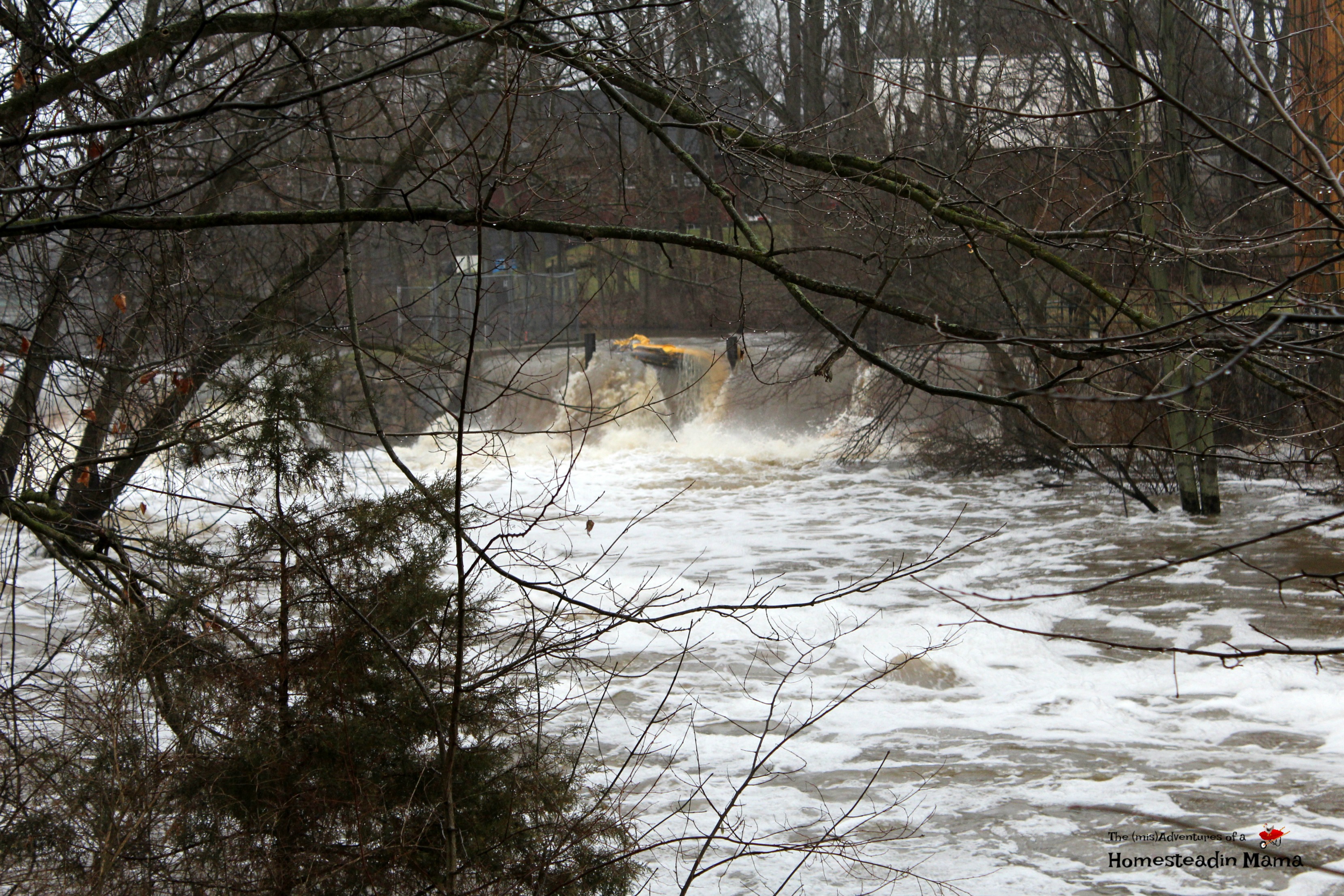 The once slow moving river that ran through town had swelled into a raging monster. Our town’s historic Gothic mill, which includes a small dam and spillway, were in a battle with nature as the raging waters broke their banks. The roar of the water was unsettling as I stepped out of my truck for a better look.

Our waste water treatment plant that normally handles 100,000 gallons an hour couldn’t keep up with the 1.5 million gallons an hour that were trying to flow through it. Sadly they spilled 50,000 gallons of unprocessed water into the river. And while environmentally that sucks, it amazed me that that was all that was spilled! 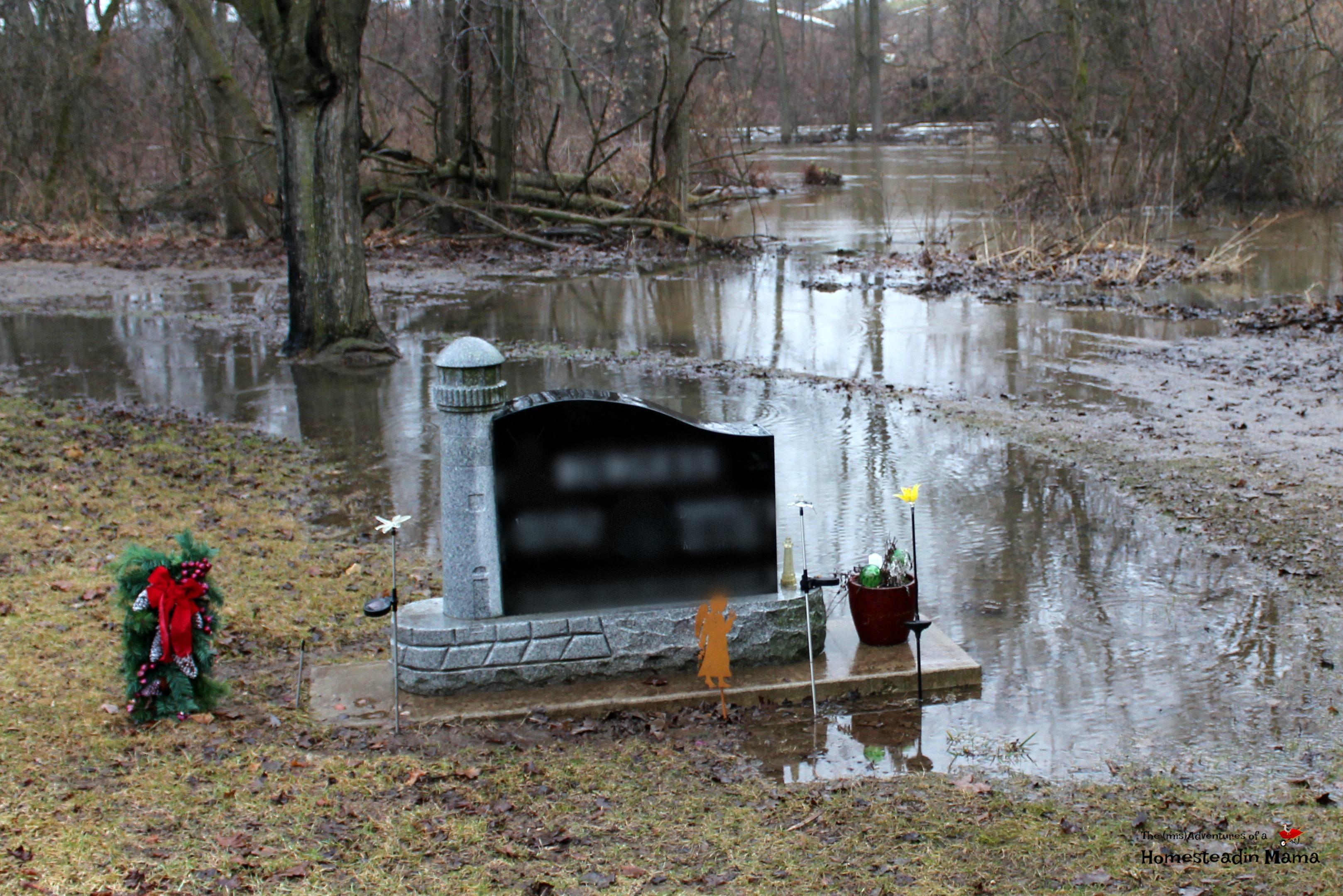 My heart broke as I worked my way down the river to the cemetery. Here too the river had broke the banks. I felt so bad for this individual, but the lighthouse on the headstone was slightly poetic. The flood had come, but like a ship on the waters guided to safety by a lighthouse, the village I live in had weathered the storm.

And while the river is still rather high, at least the bridge West of town has opened back up!