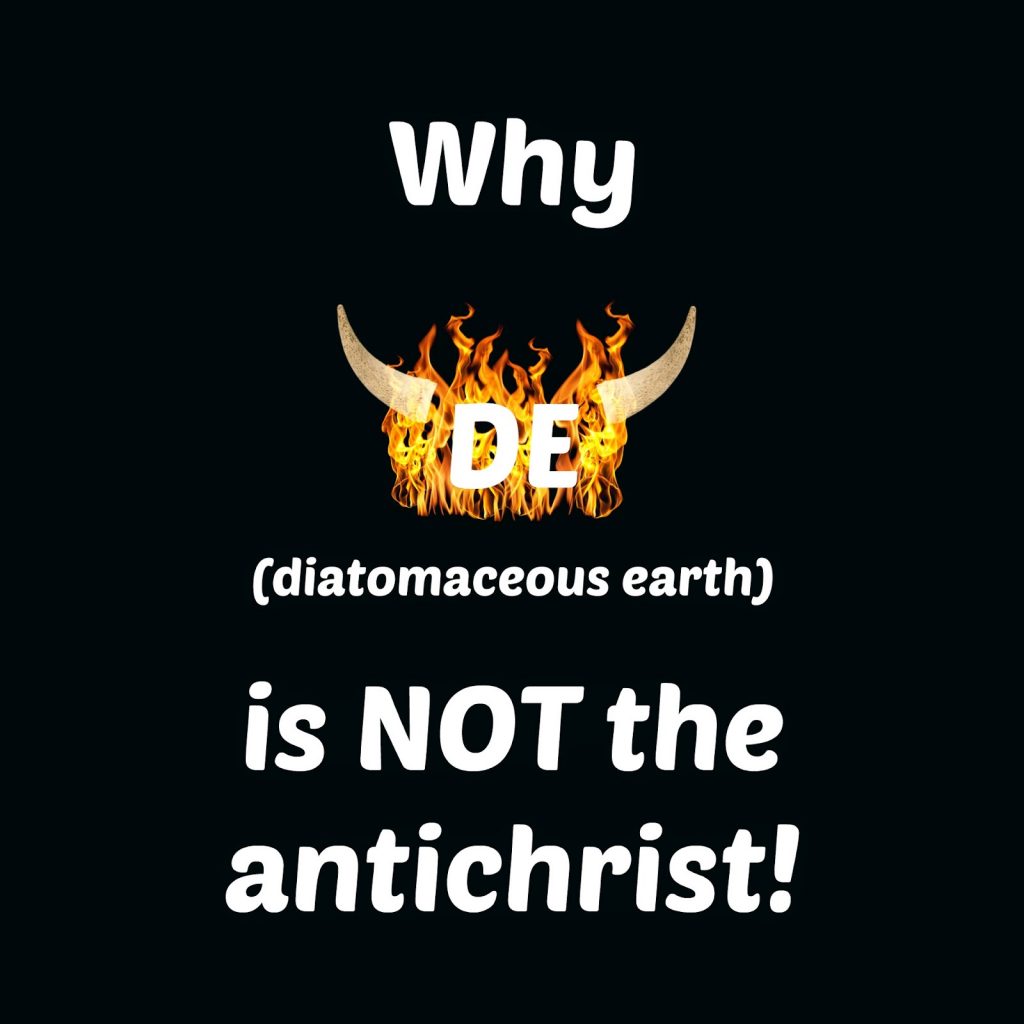 Diatomaceous earth is a naturally occurring substance. I have written about it before, but recently, it has been given a bad rap by some folks on social media. So, I am here, once again to explain that Diatomaceous earth or DE is NOT the antichrist. Despite terms like “respiratory hazard ” and “razor-sharp” being tossed around, DE is an all natural substance and despite what fear mongering that has occurred, it is a valuable item to have around your home for various applications.

So what is DE?

Diatomaceous earth is made from the fossilized remains of aquatic organisms called diatoms. Their skeletons are made of a natural substance called silica. Silica makes up 26% of the earth’s crust by weight. Silicon has two forms: crystalline and amorphous. Most diatomaceous earth is made of amorphous silicon dioxide. However, it can contain very low levels of crystalline silicon dioxide. DE is NOT a chemical poison.

So what is DE used in?

DE is used in over 150 different “registered” products for inside and outside use in buildings, farms, gardens, as well as in skin care products, toothpastes, foods, beverages, medicines, rubbers, paints, and water filters. DE is used as an anticaking materials in feed, as well as a clarifier for wine and beer. “Food grade” diatomaceous earth products are purified and are “Generally Recognized as Safe” by The Food & Drug Administration .

How does DE work?

When we are talking about pest control, DE causes insects to dry out and die by absorbing the oils and fats from the cuticle of the insect’s exoskeleton. It does have sharp edges (to an insect) which are abrasive, and speeding up the process. DE remains effective as long as it is kept dry. This is why many homesteaders use it with livestock, like chickens. DE is an excellent, non chemical approach to pest control. Many gardeners us DE for just this reason.

But doesn’t DE cause respiratory issues!?!?

As with any powdered substance, inhaling fine powder can cause a mild irritation. In other words, don’t go huffing DE…. it’s just common sense. You wouldn’t go sniffing chalk, wood ash or the like. Read the application directions prior to use. And if you already have breathing issues, use a mask when handling ANY fine powder. When it comes to inhaling amorphous DE, it is rapidly eliminated from lung tissue. The amorphous form of DE is only associated with mild, reversible lung inflammation…. not death! DE used in pesticide products may contain VERY small amount of crystalline DE as well. Crystalline forms can cause chronic bronchitis, and other respiratory problems with long-term inhalation. Loooooooong term.

Let’s look at it this way…. In one study (Pratt, P. C. Lung Dust Content and Response in Guinea Pigs Inhaling Three Forms of Silica. Arch. Environ. Health 1983, 38 (4), 197-204.), guinea pigs were forced to breathe air containing diatomaceous earth for 2 years. Seriously, who thinks of these studies!?!?! The results where that they developed slightly more connective tissue in their lungs. Again, who thinks of these studies!?!?! So what does it prove? Well that first off, someone had the “bright idea” to subject poor guinea pigs to this study and that the pigs didn’t die from it. So if a guinea pig can survive, with little effect, from breathing it EVERY DAY for 2 years….. (The little pigs did not develop bronchitis or other respiratory problems)…… I think we are all safe people. You can relax. 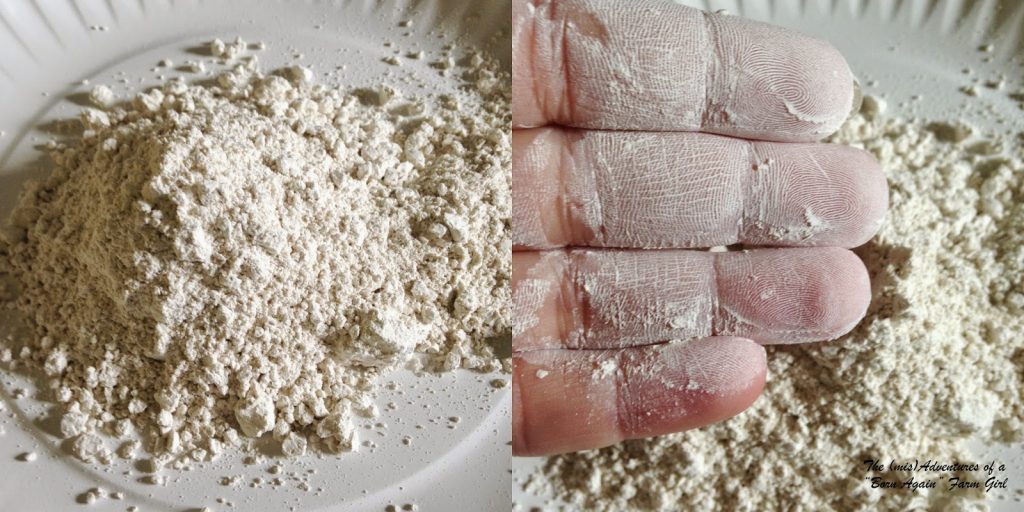 While some folks scream that DE is the antichrist or doesn’t work and has no business being used around chickens, let me put your mind at ease…… Studies (like the guinea pigs) have already show it does not pose a deadly threat to humans or animals. When using DE use “Food Grade” and common sense when applying.  If you have a full blown mite infestation in your flock because you didn’t allow your flock access to DE in their dust bathing areas prior to their contracting the parasites, you sure are asking a lot for it to magically make the mites go away. DE takes time and that is why it should be used year round to prevent the mites from ever taking hold!

To suggest using a chemical solution (Permethrin) to cure mites because of lack of proper preventative use of DE is disturbing to say the least. Especially when the side effects of said chemical is not disclosed to readers. In one study (US National Library of Medicine National Institutes of Health) it was shown that permethrin is still present in eggs 21 days after application, as well as 42 days in the meat of birds treated. While it might take care of the mite problem, how safe is that? It’s not and it should not be consumed! Folks who use chemicals on their livestock need to be aware of withdrawal times, express that information to others and not just tout it as a cure all.

In the words of Benjamin Franklin — ‘An ounce of prevention is worth a pound of cure.’

I know, everyone is entitled to their opinion. But scientific fact is not opinion. I felt is was important to give folks the other side of the story on DE. I strongly believe that each person needs to do their own research and do what is right for them. People should educate themselves, because not everything you see online is true. So take some time, do your homework, and educate yourself.

DE is safe!!! Well, unless your a flea or mite.


* I have raised chickens for over 30 years and NEVER have had a mite issue in any of my flocks. We also use DE for flea control in our dog.


**Homestead Tips on Tuesday is a weekly series where we help you learn skills, tips, and trick to help you on your journey of homesteading. Many places post list of things you should/could do as far as homesteading skill, but I feel lists are at times overwhelming and can make people give up before they even start. So every Tuesday I share one thing for you to try or consider. I hope you join us every Tuesday and I would love to hear about your adventures with each weeks topic.**

21 thoughts on “Why DE is NOT the antichrist!”