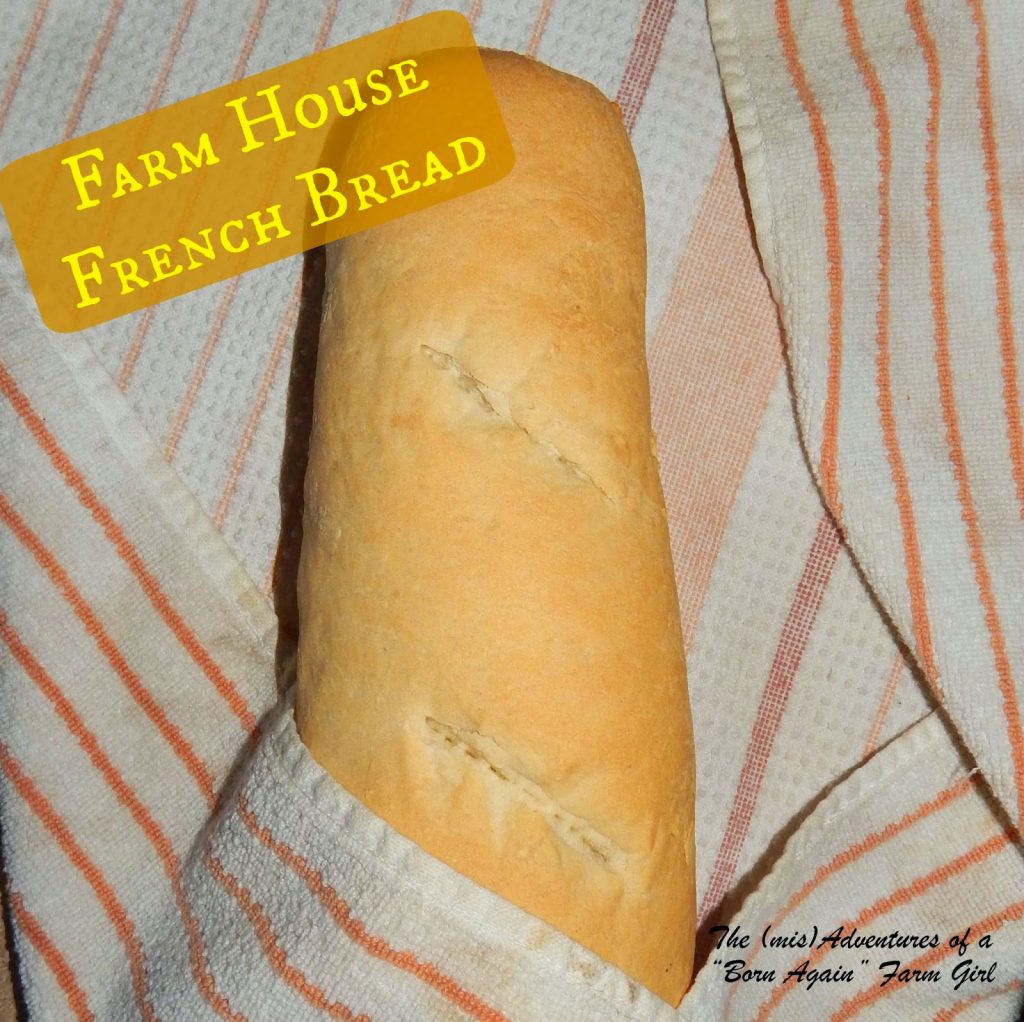 One thing I really enjoy doing is baking. But recently I have found myself in a bread rut. What I mean is, I have my go to recipes and recently all I have been making is white bread or sweet yeast rolls. Now there is nothing wrong with a tried and true recipe, but it gets boring! The other day a friend of mine, Janet, from Timber Creek Farm made up a retro French bread and it got me to thinking….. Why have I never made French bread!?!?

So, with a desire in my heart and flour in my pantry, I decided to break the bread rut I was in. It was high time to make some French bread. But what makes French bread, well French bread?

When I started looking into, I opened a can of culinary worms so to speak. Some say it is the type of flour used, others the shape, and still others have differing ideas. It can get very confusing and overwhelming all at the same time. Who knew French bread was such a controversial topic! After sifting through all the info, I decided, for me, it came down to this……

French bread, such as the baguette, in its truest form, must be made from flour, water, yeast and salt. By French laws, yes, France takes their bread VERY seriously, bread cannot have added oil or fat. And don’t even get them started on % of types of flour used and what you can legally call a loaf, depending on what is in it, how it was baked, where it was baked…… Culinary can of worms!

So for this Farm Girl, I went with a pure flour, water, yeast and salt recipe, because, well, I didn’t want the French coming to get me! So here it is, Farm House French Bread that even the French I think could approve of…..

Now I have always “proofed” my yeast, and what I mean by this is that I feed it sugar to see if it is still alive. But, since I didn’t want the French after me, I skipped the sugar and just put it all in a bowl and hoped for the best. 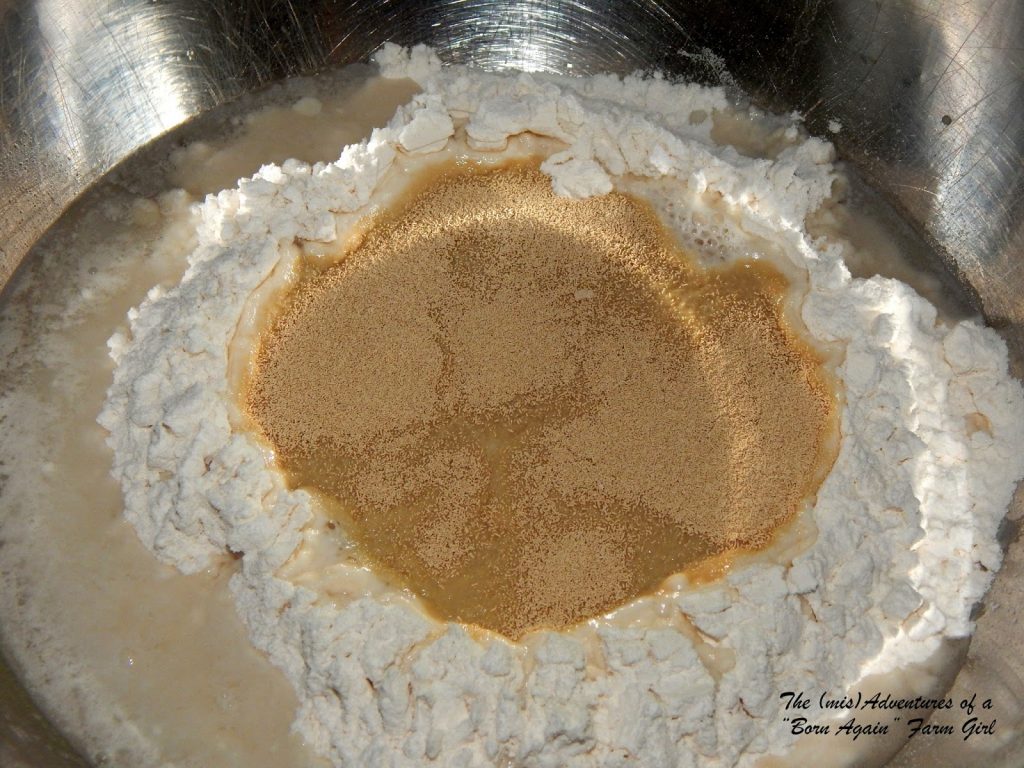 Since I don’t own a stand mixer, I had to not only mix my dough up by hand, but kneed it by hand as well. You need to knead the heck out French bread to get it nice and elastic. What I mean is that it will have a smooth appearance to it, like this……. 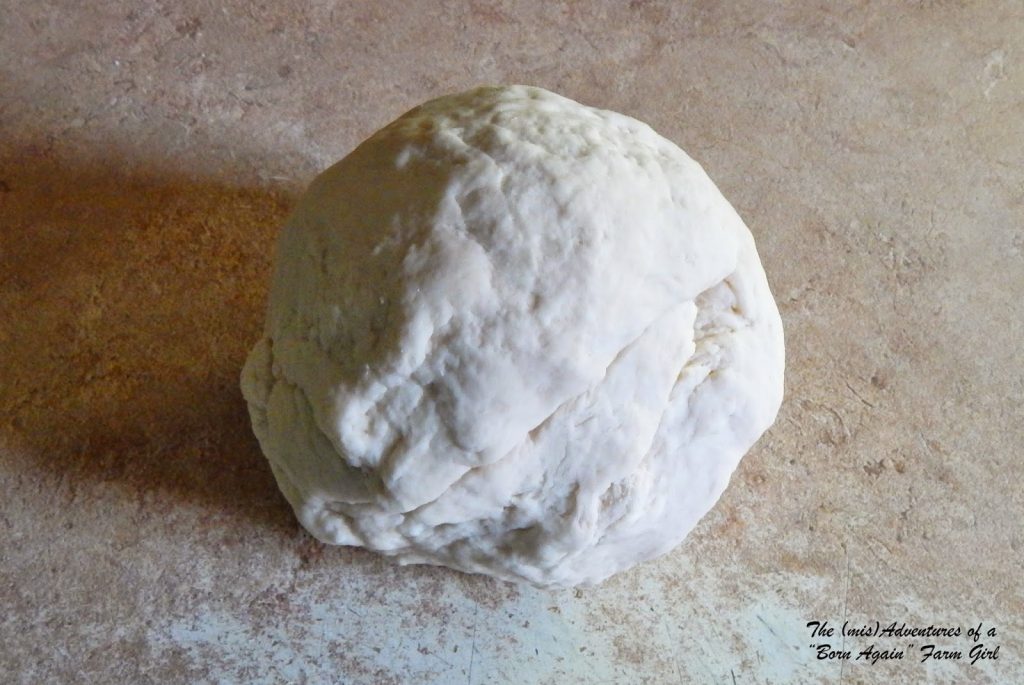 Now it is time to place the dough in a lightly greased bowl and let it rise. Some people claim that for “real” French bread you need to let is rise slow at a low temperature for a long time. Well guess what, I disagree. I let my dough rise for an hour before punching it down. I let the dough sit for 10 minutes to rest before rolling it out into a rectangle. Once I had it rolled out, I rolled it up, making sure to pin the ends and seam very well. You do not want your bread pulling apart or it will lose it’s shape. 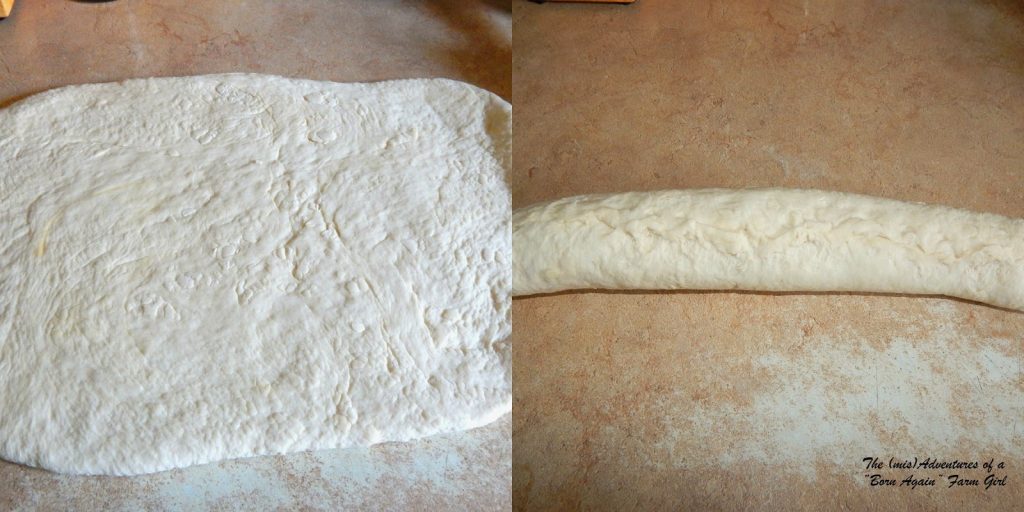 Once you have your “classic” long narrow French bread loaf, place it on a lightly greased cookie sheet and let it raise again for another hour. While you preheat your oven to 375 degrees, you will make those traditional French bread slits on the top of your loaf. I did three on mine. If I had made it long, I would have put a few more slits….. they just look cool! Bake your bread for about 40 minutes. It should have a hollow sound when you tap it. 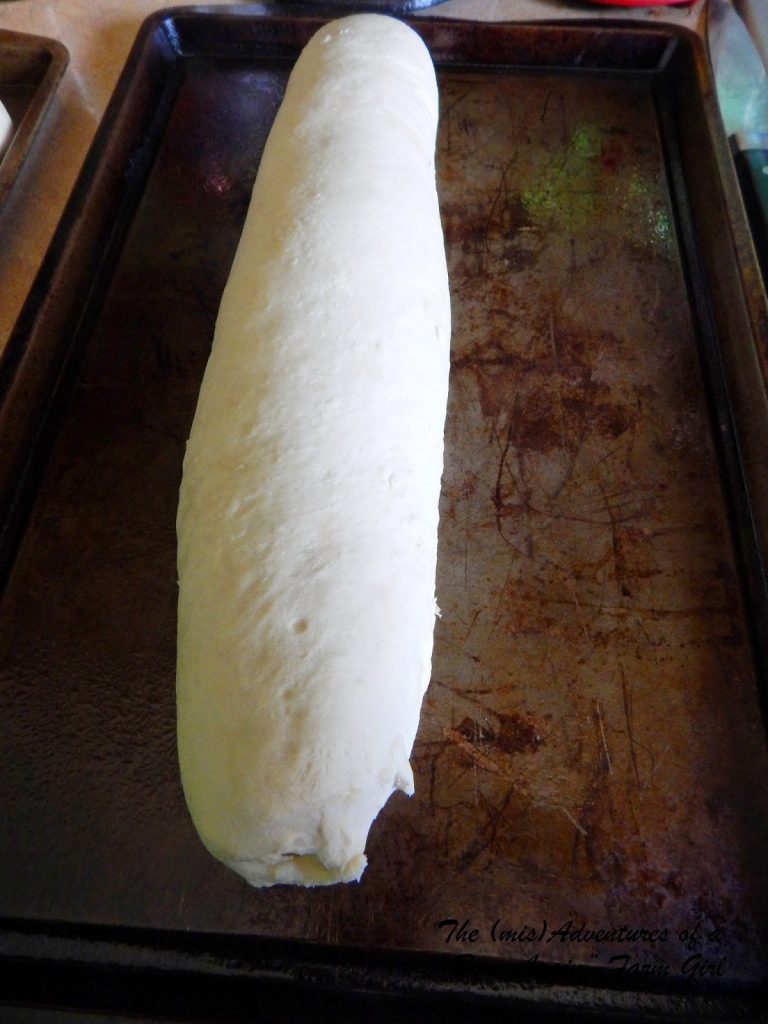 Let your loaf set to cool before cutting, this give the crust time to totally firm up. And let me tell you, this Farm House French Bread has some great flaky crust and amazing soft and chewy insides. As easy as this was, I have no clue why I had never made French bread before….. maybe because I thought it was one of those “artisan” breads, but it isn’t. And trust me, I will not go for long before whipping up another loaf. Why? Well because my family really enjoyed it and after just one meal, it is all gone already!