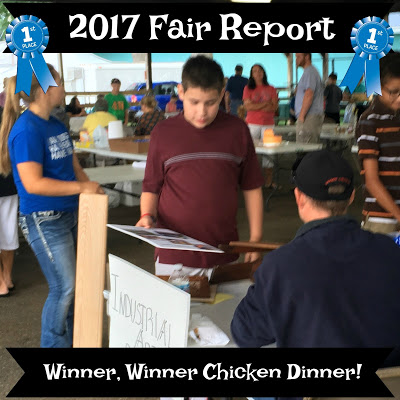 Another year of crafting for the county fair has finally come to an end and this mama is exhausted! The oldest country kid might be the one who is making and showing projects, but fair moms put in a lot of work over the year to get their kids ready for show day. I supervise, get supplies, give input, drive him to 4H meetings, fill out paperwork and tags, blah, blah, blah. And of course as fair aproaches there are always projects to finish (and start LOL). The few weeks before fair is “crunch time” and I’m exhausted from the crafting “death march.”

At our fair, the exhibitors are also interviewed about their projects by the judges. So not only does the oldest country kid have to turn out amazing projects, he has to be able to get up in front of the judges and tell them about the projects. The interview process is nerve raking on every exhibitor, but more so for the oldest country kid. If you didn’t know, he has Asperger’s syndrome, which is on the autism spectrum. Talking to strangers and giving detailed explanations isn’t his forte. So this year we spent time practicing his interview skills too.

At the beginning of this year’s long process, the oldest country kid signed up for 40 projects. Yes, you read that right, 40! Aim high , my son! On judging day he had completed 31 of those projects. Not too shabby. And while I might be biased as his mother, I was impressed by the quality of his works. He won 30 blue 1st place ribbons, 1 red 2nd place ribbon, 4 special class award rossette ribbons and 2 best in show plaques!  But what I was most impressed with after judging was not the awards he recieved, but his interviewing skills. He did an amazing job talking to the judges and explain how he had made everything. He really rocked those interviews!

Some of his projects I have made before, for our blog (I was is inspiration! Awww) and some of them I will be writing up tutroials for in the coming months. He made some pretty cool stuff! So, without further ado….. Here are the country kids 2017 Fair Projects and how he did with them. 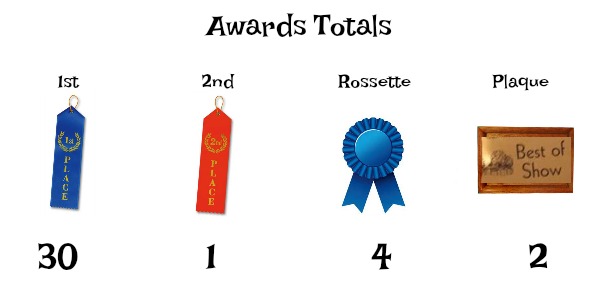 So proud of the oldest country kid on so many levels!
Now to get cracking on next years projects…..