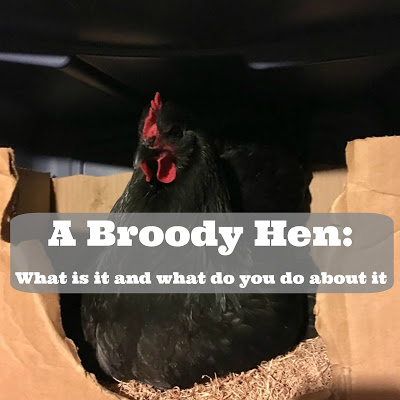 When it comes to raising chickens, sooner or later, you’re going to get a broody one. As with all living things, there is an inner drive to reproduce, and chickens are no different. And when a hen decides she is going to raise her some babies, it is known as “going broody.”

What some hens don’t understand though, is ya kinda need a rooster to make babies come out of eggs. This is something our poor, sweet Cinder didn’t quite get. You see, we have no rooster, but Cinders desire for motherhood drove her to sit. By this I mean, she parked her overly fluffy bum on everyone’s eggs and took over the nest box.

It is a sure sign of broodiness when you go to your coop and the same hen is in the nest box, morning, noon, and especially at night. While it could indicate other issues, like being egg bound, if there are eggs under her, it is probably because she is broody. Another good indicator is when you try to remove the hen from the box, she gives you an ear full of chatter, sounding her displeasure at being ousted.

Every hen has a different temperament, so behavior can range from clucking to full on attack mode. Yes, a broody hen will peck your hand some times. Other times they will give off warnings, such as raising their hackle (neck) feather just like a dog does with the fur on its neck when it is upset. Even the sweetest, most docile hen can cop an attitude when she becomes broody! The second time I had to eject Cinder from the nest box, she actually raised her hackles at me. 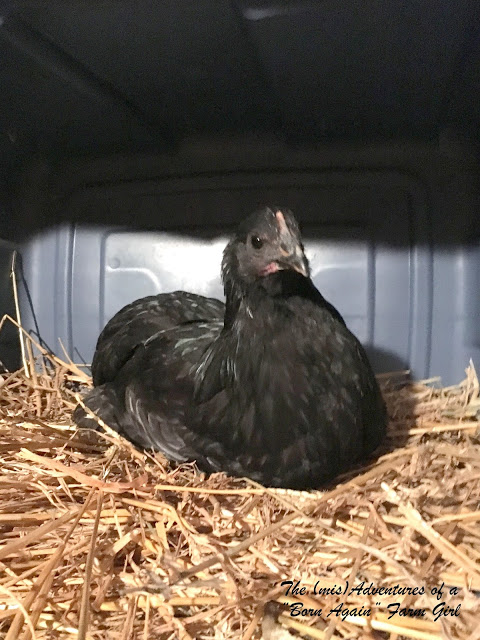 I should have seen it coming with Cinder because before she was even laying, she would sit in the nest box. I guess just like some little girls dream of being a mommy one day, there must be young pullets that dream of one day being broody. We have never had any of our other hens go broody, so Cinder is somewhat of an oddity in our coop.

Most modern breeds have been breed for egg production, not for their broodiness.  A lot of time and money has been spent over the years to breed the broodiness OUT of hens, because, well you don’t make money selling eggs if your hen isn’t laying! You see a hen that wants to sit will collect up a clutch of eggs over many days before she starts to incubate them by sitting on them. When she is ready to sit, she will stop laying. What commercial egg farmer wants his hen to stop laying every time she goes broody? Since that isn’t a problem for us, we don’t mind Cinder’s behavior. 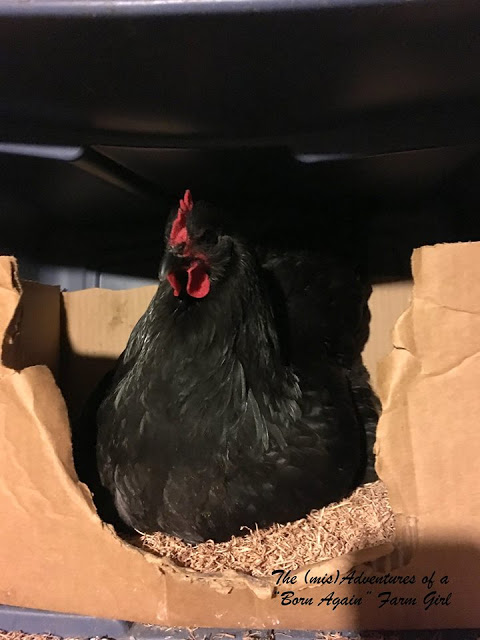 Our problem was what to do about her behavior, because we don’t have fertile eggs for her to sit on. When a hen goes broody, she will sit day and night. She will eat and drink very little, and since there would be no end to her sitting, she could waste away. It is very unhealthy to let a hen be broody when there is no end in sight to her sitting.

So what do you do with a broody hen? Some folks suggest letting a hen sit till she gives up. While some hens will give up after a month, others will just keep sitting. This can be very bad for her health, because as I said, they eat and drink very little. Not to mention they are getting no exercise during this time.

You can always try to “break” a broody hen by trying things like removing the eggs from the nest box more often. You will also need to remove the hen from the box and put her outside with the rest of the flock. In the worse cases of broodiness, you may need to place a dog kennel outside of the coop with the hen in it. Do not put bedding in the kennel. Make her be outside! Make her be with the other members of your flock. Don’t let her keep going back to the nest box. Of course put her in the coop at night, but a few days of forcing her to be out of the nest box during the day might cure her of her broodiness. 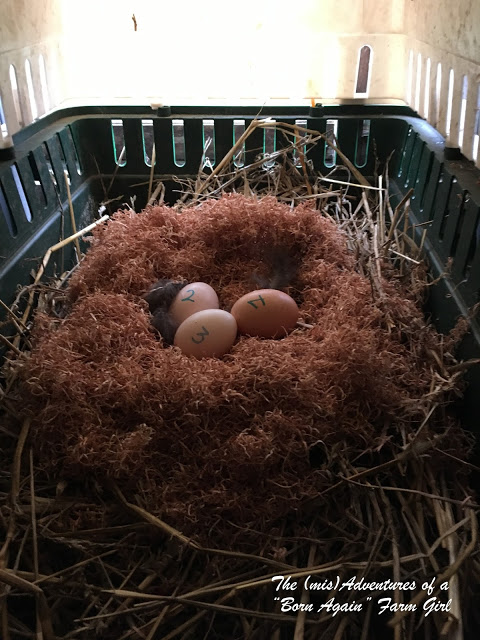 Of course you can always let a broody hen sit on some fertile eggs! I tried removing the eggs and tossing Cinder out of the coop, but she persisted a few days later by climbing back in the nest box. Since our eggs would never hatch, I got ahold of a friend who had some eggs that might. Since Cinder is the lowest hen in our pecking order and picked on often, we thought it might give her an advantage if she were to become a mother. Just being broody, I had seen her muster some self-confidence when she pecked our alpha hen who came to close to the nest box. Maybe this is just the thing Cinder needs to stop being picked on so much!

I numbered the eggs I received from our friend (one of which might be a call duck egg LOL) and placed them in a pet carrier to create a nursery for Cinder. She was not thrilled when I placed her in the carrier. I figured if I locked her in for a few hours, she might notice the eggs and decide to sit. Otherwise, she would break them or just not take an interest. 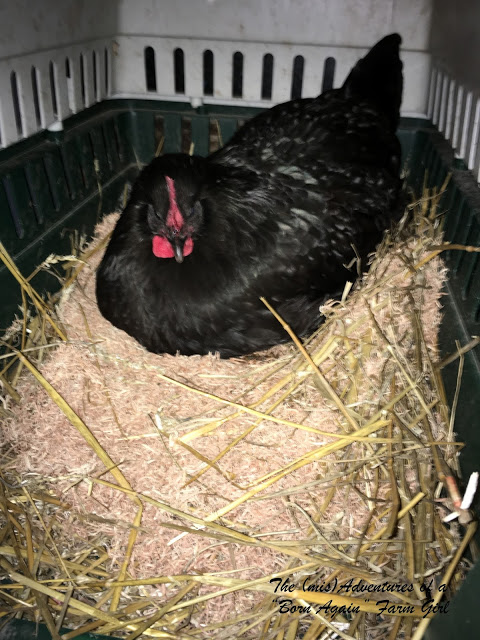 I am happy to report that when I went to close up for the night, Cinder had stuffed her three little eggs under her and was sitting! I opened the carrier and when I reached in to pet her, she made a nose akin to a purr. I think she is delighted with her new “nest box” and her three little eggs. We will see if she sticks with it now that she has what she wanted. We will wait a few days before kindling the eggs to check to see if they are developing. If all goes well, Cinder might be a mama in about 21 days!

4 thoughts on “A Broody Hen: What is it and what do you do about it”