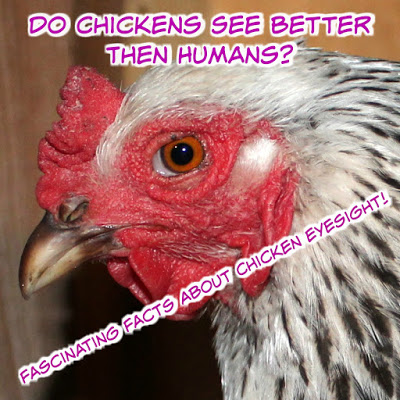 The other day my hubby asked me what colors chickens see. I know, we have odd conversations around here. I knew they could see colors pretty well, but before giving him my “final answer,” I did a little research. I mean, come on, he may be my hubby but I do like to dazzle him with my brilliance!

After reading research articles and veterinarian reports I am blown away by chicken eyes. Do they see better then humans? Yes and no.

Did you know that eyes are made up of these things call rods and cones? Rods are for night vision and cones deal with day time vision. When it comes to chickens, they have WAY more cones then rods, so what does that mean?

Simply put, did you ever wonder why chickens seem to put themselves to bed at night? Once dusk hits, our girls are always on their roost, and it’s because of the low number of rods in their eyes! Because they are diurnal, chickens have evolved with a low number of rods, where as an owl or say a raccoon has a much higher number, giving it better night vision. So when it comes to night vision, chickens don’t fair any better then we do bumping around in the dark.

But in the daylight, chickens see WAY better then humans. We humans see red, blue, and green wavelengths. Chickens not only have more cones then we do, but those cones are organized within the retina in a mosaic pattern that allows them to see more wavelengths on the spectrum! Chickens even have a cone that can detect violet wavelengths, including some ultraviolet! They also have a specialized receptor called a double cone that scientist believe helps them detect motion. So that’s how they get all those bugs! 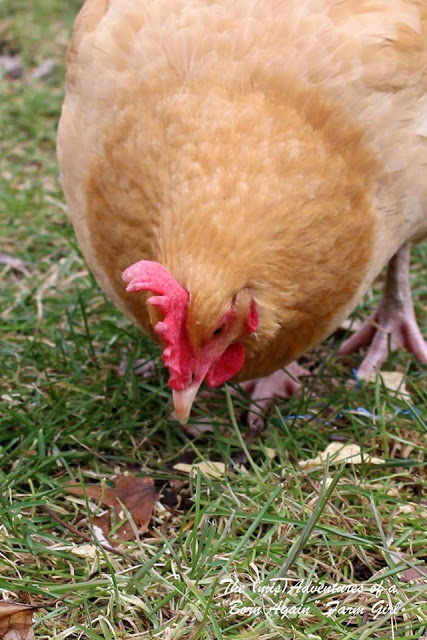 So do chickens see better then humans?
During the day, YES!

14 thoughts on “Do Chickens See Better Then Humans? – Fascinating Facts About Chicken Eyesight!”