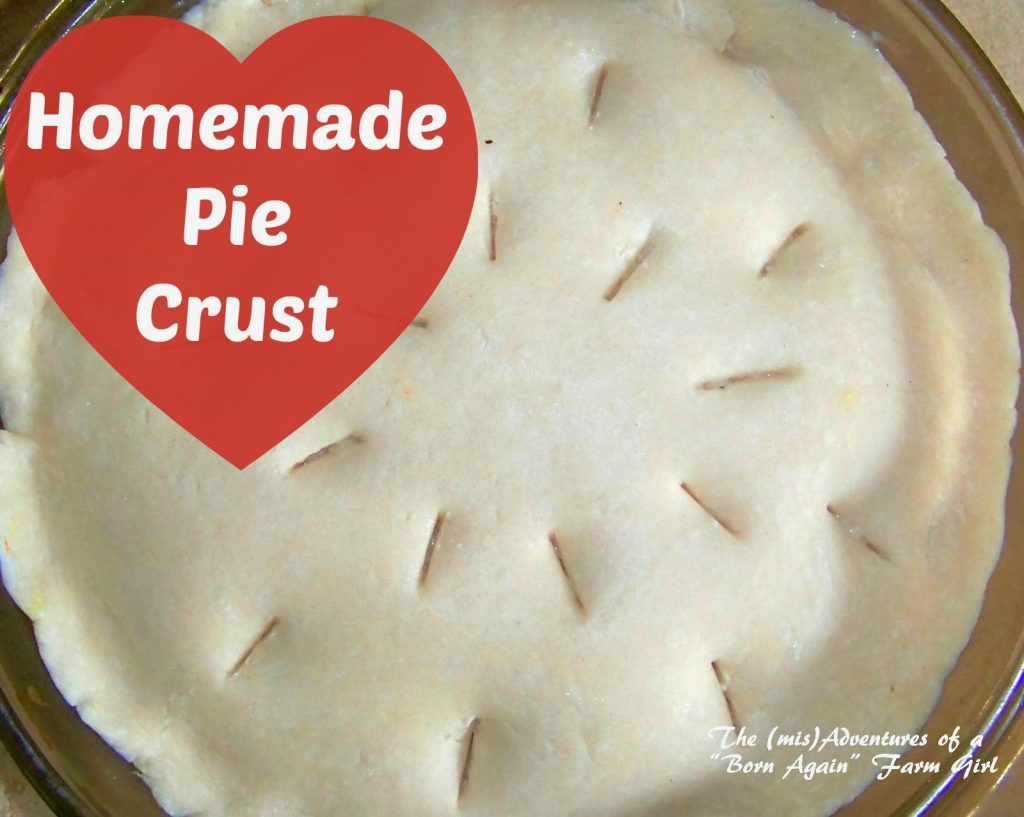 Too often today, when someone makes a pie, they buy the crust. While I know it might be simple to just throw one in the shopping cart without a second thought, it is also simple just to make one from scratch! I know you’re probably saying something like, but I’ve heard it is hard or that is a lost art. Well I’m here to tell you, not only is it a simple thing to do, but it just tastes better!

When I make pie crust, I use the same recipe for both a fruit pie or a pot pie. This simple recipe is very versatile and tastes great no matter what you put in it. I am an old school believer in the use of lard for making pie crust. Why? Because it makes it so tender and flaky! You’re starting to drool aren’t you? Well then let’s get started!

** This makes one crust, double if you need a top crust

In a bowl, combine flour and a pinch of salt. I know, some of you are asking, how much is a pinch….. Just take your thumb and index finger and literally pinch out some salt! Next take your lard our of the fridge. You do not want your fat, which is what lard is, to be room temperature. Your crust mix will be mushy and not set up right. You can buy lard at the store or make your own, ahead of time of course.


You are going to “cut in” the lard into your flour and salt mix. I actually do have a pastry tool for doing this. I don’t often use special tools, but since we own one (must have been something my hubby bought) I use it. Your can also use a fork. When you “cut in” you use an up and down motion. Keep cutting till your mixture resembles coarse crumbs.


Next your going to sprinkle in the water, a tablespoon at a time, until the dough holds together. You will be mushing the dough together as you add the water, but don’t over work it. This isn’t bread, don’t kneed it! Shape the dough into a ball and put it in the fridge to chill for 30 minutes. Once your ready to roll out your crust, do so on a lightly floured surface to around 1/8 inch thickness. Put your crust in your pie pan, make the edges all cute if your doing a fruit pie, and cut off any extra. Bake your pie per the directions! 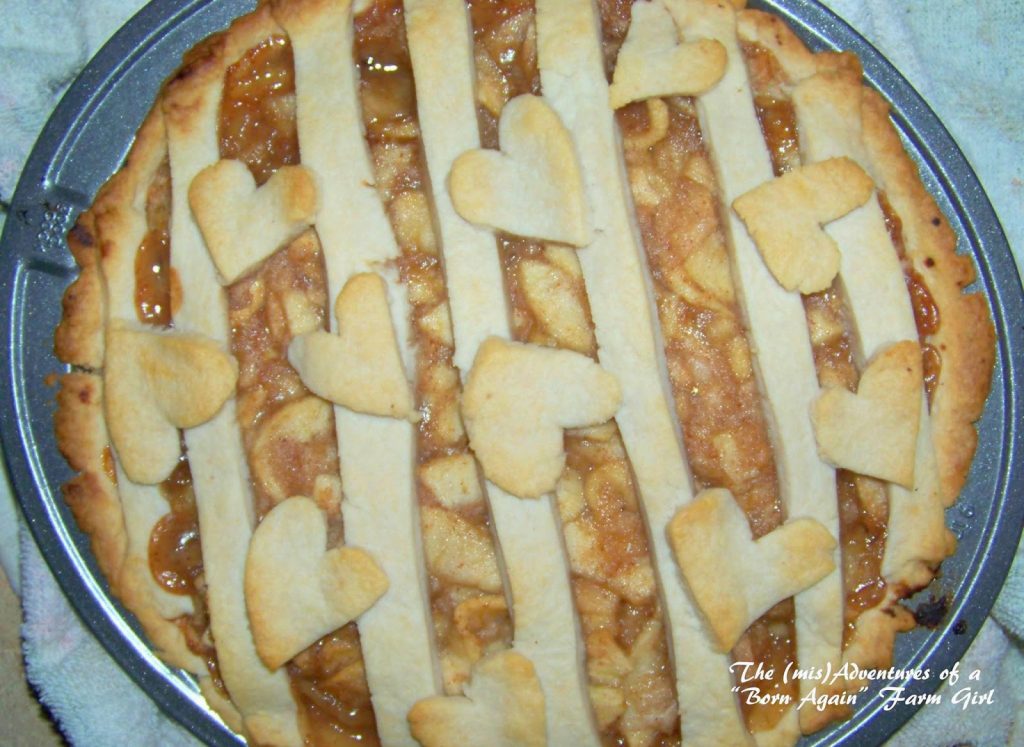 **Homestead Tips on Tuesday is a weekly series where we help you learn skills, tips, and trick to help you on your journey of homesteading. Many places post list of things you should/could do as far as homesteading skill, but I feel lists are at times overwhelming and can make people give up before they even start. So every Tuesday I share one thing for you to try or consider. I hope you join us every Tuesday and I would love to hear about your adventures with each weeks topic.**